An efficient method of producing purified extracellular vesicles (EVs), in conjunction with a method that blocks liver macrophages from clearing EVs from the body, has produced promising results for the use of EVs in cancer therapy.

Extracellular vesicles are nano-sized intercellular communication vehicles that are ubiquitous in plants and animals. Because of their biological properties, EVs were identified as potential delivery mechanisms for therapeutics that fight cancer or other diseases. However, as researchers dug into this possibility, two problems persisted: generating a large enough quantity for safe administration in a clinical setting, and preventing the liver from clearing the EVs before they could deliver their cargo.

In Efficient Production and Enhanced Tumor Delivery of Engineered Extracellular Vesicles, Watson and colleagues, with guidance from Watson’s advisor, George N. Pavlakis, M.D., Ph.D., sought to improve EV production efficiency by using a hollow-fiber bioreactor, a 3-D cell culturing system that enables extremely high cell densities. The reactor is a compact system in which a pump forces medium through a cartridge containing cell cultures and tiny hollow fibers that mediate nutrient and waste exchanges. The cells adhere to the fibers and produce EVs, which are captured in the excess medium and harvested. Furthermore, by adapting his cells for growth in a serum-free medium, Watson was able to produce a large quantity of EVs uncontaminated by animal proteins, an important feature of EV preparations seeking to one day be used in humans.

“It’s a really easy tool and cost-effective for… lab scale development,” Watson said. “It’s not something that you need to be a big company to run. And we’re always happy to show people how to use it for whatever application they want.”

The EVs were made by cells engineered to express a cytokine—a type of substance secreted by immune system cells—known as heterodimeric Interleukin-15 (hetIL-15). Because hetIL-15 activates immune cells such as Natural Killer and T cells, which can find and kill cancer cells, it is a promising molecule for cancer therapy. For Watson, hetIL-15 served as a model molecule to test whether it was possible to deliver something with immunological effects to a tumor.

For that to happen, though, he needed a way to prevent liver macrophages from clearing the EVs from the body. Bayik’s early in vitro research under the guidance of Ihsan Gursel, Ph.D., identified Scavenger Receptor Class A (SR-A), a class of receptors thought to be responsible for removing EVs, as a likely candidate molecule. A combined effort by Bayik, Watson, and their colleagues eventually established this interaction in a variety of in vitro and in vivo systems. Then, they determined that pretreating mice with dextran sulfate helped “block” the SR-As by competing with the EVs to bind to the SR-A receptor. As long as dextran sulfate was introduced first, the SR-As were unable to clear the EVs. Finally, Watson and colleagues showed that EVs not only circulated longer in the plasma when the SR-As were blocked with dextran sulfate, but also that the EVs made it all the way to the tumor. Therefore, it’s possible that EVs may be able to effectively deliver hetIL-15 or other immunotherapy molecules with the goal of preventing tumor growth and metastasis.

Though the paper used a nonspecific inhibitor to block multiple sub-classes of SR-As and used cultured cell lines to produce EVs, there are several specific scavenger receptor inhibitors undergoing clinical trials at the moment. Meanwhile, hollow-fiber bioreactors exist that can grow primary cells—meaning it may be possible to use a person’s own cells to produce native EVs, which could then be injected into the body. In other words, the research could have implications for personalized medicine in the future.

“This was a very, very collaborative project,” Watson said. “It involved not only [Bayik’s] group that was in a different country—in Turkey—but also, within NCI-Frederick, we worked with the Army. There were two USAMRIID people involved for the electron microscopy who I met at the Spring Research Festival. There were other people from the NCI involved, and even people from another institute, the [National Institute of Biomedical Imaging and Bioengineering].”

Watson is continuing his work with NIBIB to improve purification of the vesicles, and he is also starting a project that will seek to understand mechanisms that regulate the life cycle of extracellular vesicles in vivo. 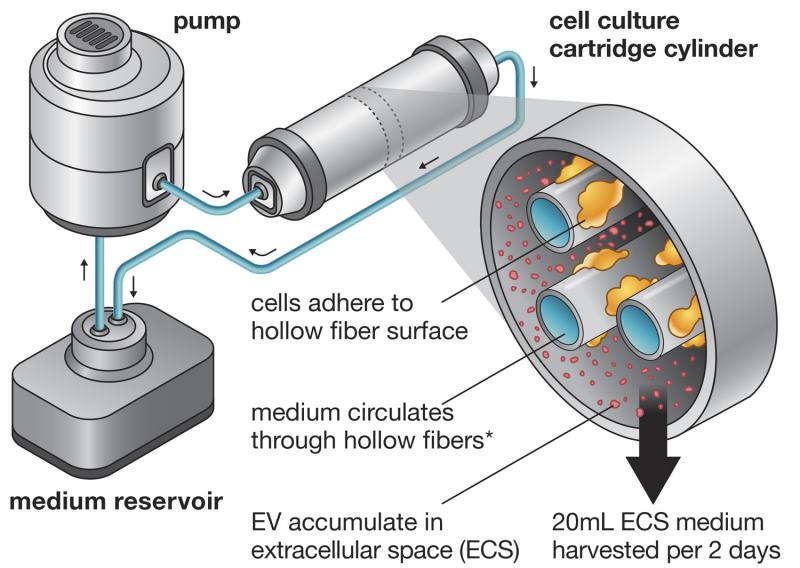 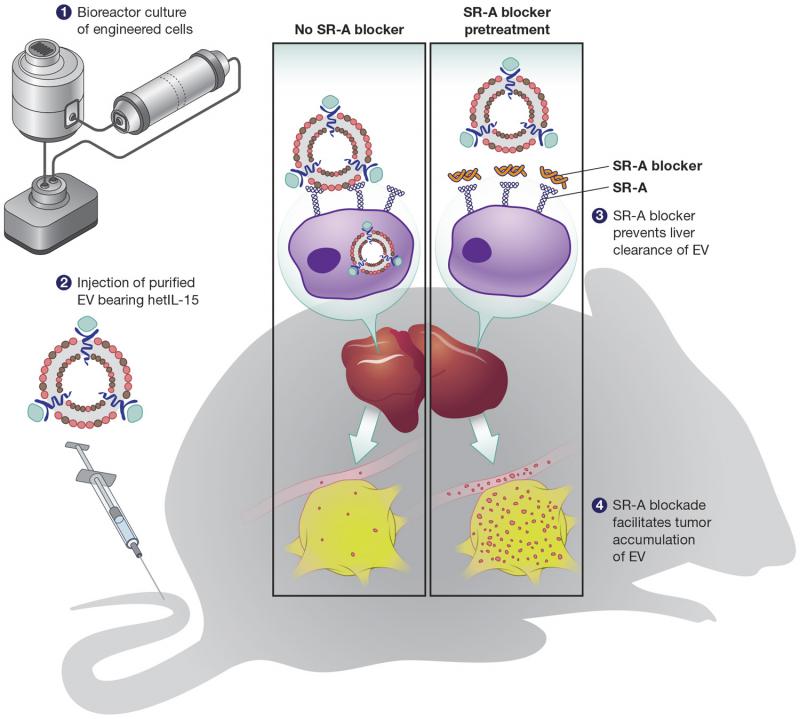