A new genetically engineered mouse model appears promising as an effective tool for preclinical testing of novel therapies for ovarian cancer, which tends to be diagnosed in late stage. There are few effective treatments for the disease.

Part of the challenge in developing new therapies for ovarian cancer is the lack of an accurate animal model to aid in preclinical testing of candidate drugs.  Some genetically engineered mouse models do exist; however, these mice have not been optimized for preclinical studies, leading to high failure rates during subsequent human trials.

Researchers from the National Cancer Institute (NCI) and Frederick National Laboratory for Cancer Research reported in PLOS ONE that they engineered mouse models that develop ovarian cancer closely resembling the human disease. The models are easy to control for preclinical evaluation of potential therapeutics. Responses to both chemotherapy (standard of care) and a targeted drug in the mouse ovarian tumors were analogous to results observed in ovarian cancer patients.

The research group started with genetically engineered mouse models that develop ovarian cancers, which the group had previously constructed. They adapted these mice to develop tumors faster and to produce cohorts of similar animals in populations large enough for routine preclinical studies. 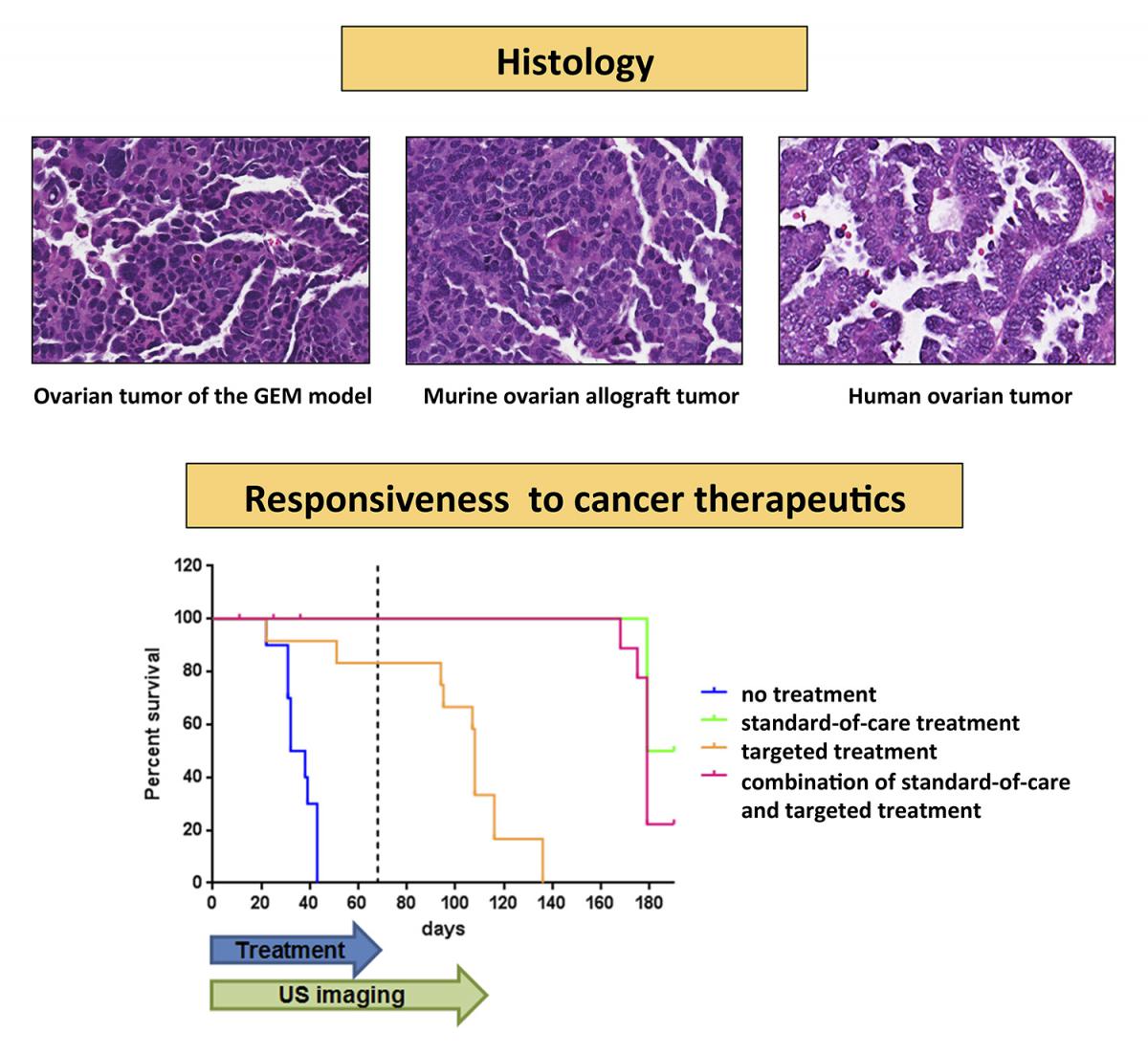 To test their responsiveness to cancer drugs, the scientists treated these mice with chemotherapies, including platinum drugs, known to be effective in humans. The mice responded to the treatments as humans would.

“The ability to rapidly assess efficacy in these models provides an asset to future ovarian cancer drug discovery efforts,” the group reported. “Novel targeted small-molecule drugs may be evaluated in combination with standard of care, as in this study.”

Lead authors on the paper are Ludmila Szabova, Ph.D., Simone Difilippantonio, Ph.D., and Zoe Weaver Ohler, Ph.D., and authorship represents staff at the Center for Advanced Preclinical Research (CAPR), Center for Cancer Research, NCI. Terry Van Dyke, Ph.D., scientific director of CAPR, and a number of the laboratory’s colleagues contributed to the study, which was performed at the Frederick National Laboratory.