NCI at Frederick
Michele Newton and Thomas Stackhouse, and Rosemarie Truman
Thursday, May 22, 2014

Editor’s note: In May 2014, the Breast Cancer Start-Up Challenge was named one of six finalists in the HHS Innovates Award Competition. This award celebrates innovations developed by employees of the U.S. Department of Health and Human Services (HHS) to support the mission of HHS. In the final phase of the competition, the public will be invited to help select “The People’s Choice” winner; public voting takes place May 29 through June 6, 2014.

Ten teams of business, legal, medical/scientific, engineering, and computer science students and seasoned entrepreneurs won the Business Plan Phase of the Breast Cancer Start-up Challenge. Selected from an original field of 200 teams, these winners, plus two teams of finalists, will push forward to commercialize breast cancer–related inventions developed by inventors at the National Cancer Institute (NCI) and at an Avon Foundation–funded lab at Clemson University (see previous article posted in January 2014).

The trailblazing international competition focuses on bringing emerging breast cancer technologies to market through the creation of start-up businesses. The challenge was launched by The Center for Advancing Innovation (CAI), the Avon Foundation for Women, and NCI.

The Avon Foundation is providing $250,000 in grants to support the competition. 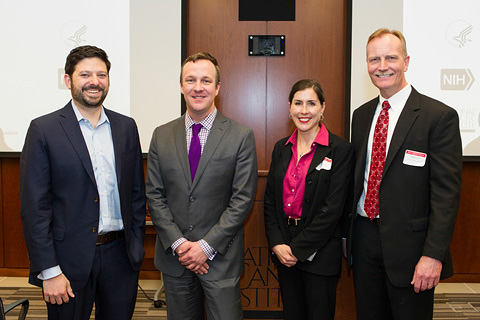 CAI extensively evaluated university challenges around the world to determine best practices. Through partnerships with NCI and the Avon Foundation, CAI was able to conduct a detailed assessment of the NCI patent portfolio as well as the Avon Foundation grantee portfolio. This process resulted in identifying the most promising inventions for this type of challenge.

Not only does this challenge mark the first time a therapeutically oriented foundation has sponsored a contest to launch start-up businesses, but it is also the first time a federal lab has put its inventions in a university-based start-up contest.

The challenge supports President Obama’s directive that federal agencies with research facilities accelerate the transfer of innovations from the laboratory to the commercial marketplace. Ten inventions—nine from NCI and one funded by the Avon Foundation—were selected for the challenge.

Teams developed a 10-page business plan, a five-minute live pitch, and a one-minute elevator speech. A panel of judges with diverse expertise reviewed submissions and determined the winners.

The teams will have access to a one- to three-year mentorship program, known as a “Global Accelerator,” which is designed to create a high probability of success for the winning teams and their start-ups.  As such, a network of coaches from NCI, NIH, CAI, the venture capital community, and strategy consultants will provide hands-on support in the areas of development, commercialization, and regulatory strategies/plans. Successful start-ups will be announced in the summer of 2014.

Looking ahead, CAI and NCI are evaluating opportunities to institutionalize and expand this model in order to speed the delivery of other federal biomedical inventions to the marketplace. 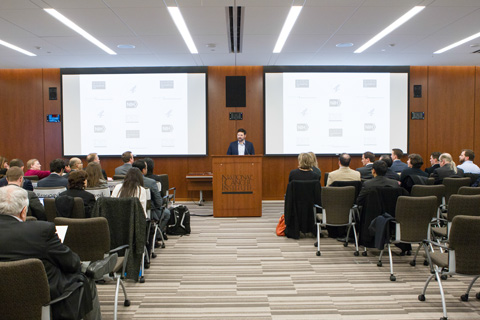 NCI Inventions and Inventors in the Breast Cancer Start-up Challenge

Of the 10 inventions selected for the challenge, nine were from NCI (see below), and three of those were from NCI at Frederick. The one-minute pitches may be viewed on the Challenge’s YouTube site.

Rosemarie Truman is founder and chief executive officer of The Center for Advancing Innovation. 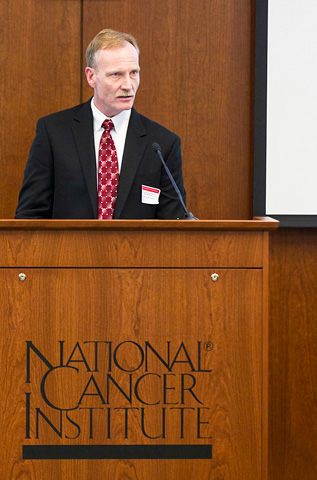 The NCI Technology Transfer Center (TTC) played a critical role in the Breast Cancer Start-up Challenge. A confidential disclosure agreement was drafted by TTC, and more than 400 individual agreements were signed to accomplish the collaborative work performed in this challenge.

Collaboration is frequently key to accomplishing research goals, and TTC is focused on guiding discoveries on the path to commercialization. Through a specialized team, TTC protects and promotes NIH intellectual property, allowing researchers to focus on what they do best—research, discover, and develop. Contact the TTC office if you have any questions or are not sure which agreement is appropriate for your research situation.