(Updated) Nanotechnology: Understanding the Tiny Particles That May Save a Life

Could nanotechnology—the study of tiny matter ranging in size from 1 to 200 nanometers—be the future of cancer treatment?

Although it is a relatively new field in cancer research, nanotechnology is not new to everyday life. Have you ever thought about the tennis ball you’ve thrown with your dog at the park and wondered what it is made of? Nanotechnology is used to make the tennis ball stronger. A coating of clay nanoparticles was added to the core of tennis balls to keep them from losing air and deflating, according to Nanogloss.com.

Nanomaterials are also found in cosmetics, sunscreens, and a variety of other applications. More than 800 commercial products incorporate nanomaterials, according to the National Nanotechnology Initiative. The military also uses nanotechnology “to improve medical and casualty care for soldiers, and to produce lightweight, strong, and multi-functional materials for use in clothing, both for protection and to provide enhanced connectivity,” according to AZoNano.com.

Researchers have known about the existence of nanoparticles for more than 150 years, even though, in the beginning, they knew little about them. In 1857, Michael Faraday, a Fullerian Professor of Chemistry at the Royal Institution of Great Britain, discovered that nanostructured gold produces different colors under certain lighting conditions. In 1936, Erwin Müller invented the field emission microscope, which enabled scientists to obtain near-atomic resolution photos of nanomaterials.

In 1950, there was a major breakthrough in the world of nanotechnology. Victor La Mer and Robert Dinegar, chemistry professors at Columbia University, described the theory of, and optimized a process for, growing monodisperse colloidal materials. Researchers in the Nanotechnology Characterization Laboratory (NCL), Frederick National Laboratory for Cancer Research, work with gold colloids (nanoparticles), which are one type of monodisperse colloidal material. “A collection of particles is called monodisperse if the particles have the same size, shape, or mass,” said Jennifer Grossman, Ph.D., a scientist in NCL. “Dispersity is a measure of the heterogeneity of sizes of molecules or particles in a mixture.”

Growing these materials requires a controlled system of chemical reactions by hydrolysis, in which water molecules react with other entities, breaking chemical bonds and creating new ones.

Monodisperse colloidal materials are grown to control the shape and size of nanoparticles so that these particles can be used in a variety of materials, such as specialized papers, paints, and thin films, which were developed as a result of La Mer and Dinegar’s discovery.

All of these advances and discoveries in nanotechnology have led to its use in cancer research. The Frederick National Lab is one of the facilities exploring this emerging field.

Nanotechnology at the Frederick National Lab

At the Frederick National Lab, Scott McNeil, Ph.D., director, NCL, and his team perform preclinical testing of nanomaterials for cancer research. They assess the physical and chemical properties, sterility, immunology, efficacy, pharmacokinetics, metabolism, and toxicity of nanomaterials developed by researchers around the world. Preclinical testing is required by the U.S. Food and Drug Administration (FDA) before materials can be used in clinical trials.

NCL has tested over 300 nanoparticles, including a gold nanoparticle called CYT-6091, which contains the protein tumor necrosis factor (TNF)-alpha. CYT-6091 “carries TNF into tumors to disrupt their blood vessels and enable follow-on chemotherapy to penetrate the tumor and kill the cancer cells inside,” according to CytImmune, the nanomedicine company that developed CYT-6091 and moved it through Phase I clinical trials.

In the 1990s, many scientists gave up on TNF-alpha as a cancer treatment option because it was toxic. But in the case of CYT-6091, CytImmune reformulated TNF-alpha by coupling it with gold nanoparticles. NCL tested CYT-6091 to help answer questions about its reproducibility, safety, and efficacy. CYT-6091 has now completed Phase I clinical trials and did not have the toxicities seen when TNF-alpha was used alone as a cancer treatment.

How Do Nanoparticles Attack Tumor Cells?

The immune system protects the human body through the production of white blood cells, called leukocytes. White blood cells consist of three classes—lymphocytes, granulocytes, and monocytes—each having a specific function and reaction to foreign invaders.

Lymphocytes have an adaptive immune response, which means that if bacteria or diseases have been introduced into the body before, such as through a vaccine, the immune system can defend the body.

Granulocytes remove microorganisms, such as protozoa (amoebas, paramecia) and helminths (parasitic worms), from the body. Protozoa could enter the body through contaminated water or food, or from a mosquito bite.

Monocytes kill microorganisms directly, destroy pathogens, and clean up cellular debris from sites of infection. For example, monocytes are used to defend the body against the fungal infection athlete’s foot.

Using nanomaterials to treat cancer is relatively new. While there are still many challenges to overcome, McNeil believes in the future of this field. “If I didn’t believe nanotechnology could help fight cancer, I would not continue to devote myself to it,” he said.

Nathalie Walker, a senior at St. Maria Goretti High School, is a Werner H. Kirsten student intern in the Office of Scientific Operations, NCI at Frederick. 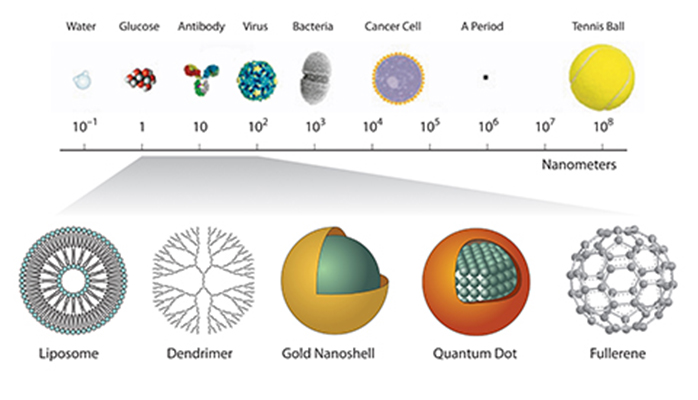 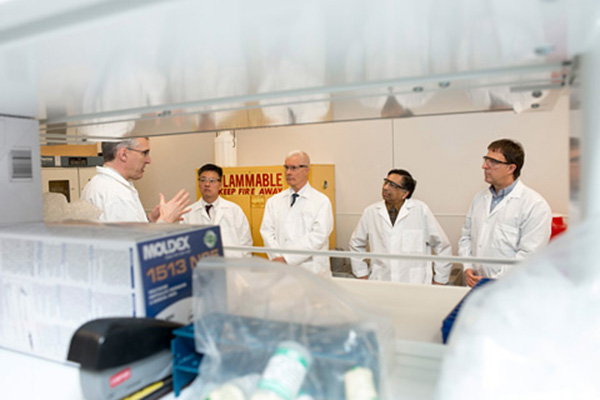 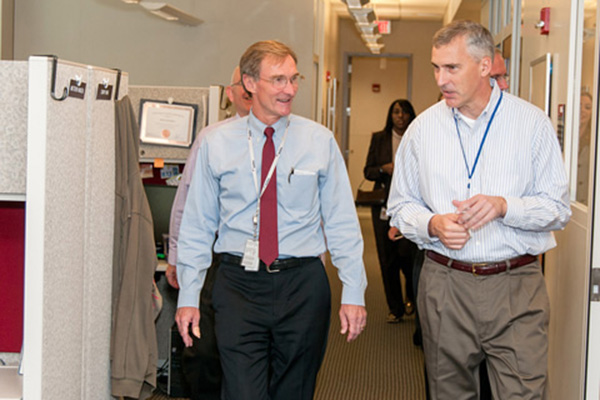 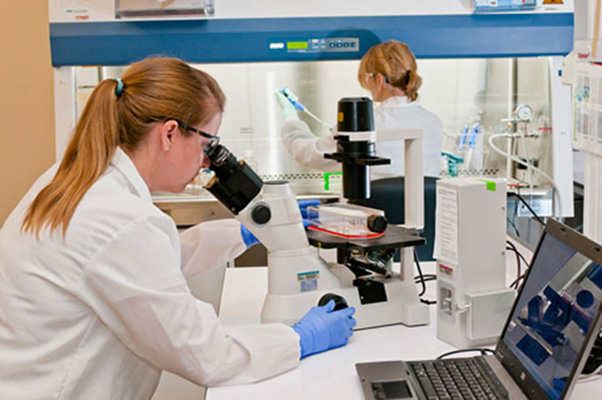