At the ripe old age of six, Vihaan Patel is a committed environmentalist.

He earned top honors in his school’s recycled material art competition and has submitted artwork to the annual National Institutes of Health Earth Day Poster competition.

So it’s no surprise that he also participated in—and won—the Environment, Health, and Safety (EHS) Directorate’s Paint the Drain competition earlier this year.

Held in conjunction with World Water Day in March, the contest was open to those aged 18 and under who are children and relatives of NIH staff. They were challenged to create a water-quality-themed design for the Filterra stormwater biofiltration system outside of Building 457. Vihaan’s winning design, which depicts the contrast of polluted water against healthy water, was transformed into a large 8-foot by 14-foot mural by local artist Emmie Voss. The finished work lays above the stormwater inlet that’s visible from Miller Drive between Neimen and Schertz streets.

Vihaan’s image of a deflated lifebuoy ring at the bottom of the ocean struck a chord with Paul Marshall, senior EHS officer, who, along with other EHS staff, judged the contest submissions. “The life-saving device that ended up as pollution is a cautionary metaphor for our work at Frederick National Lab,” he said. “We use amazing devices, substances, information, knowledge, and creativity to produce deeper insights into the causes of disease and ways to cure it. But much of what we use becomes waste, and it is incredibly important to manage it well.”

Vihaan’s father, Nimit Patel, is an imaging associate in the Laboratory Animal Sciences Program. He and his wife, Ronak, encourage Vihaan to participate in contests designed to raise awareness about environmental conservation. “I appreciate these types of EHS initiatives because they help reinforce what he is learning in school about the environment,” Nimit said.

In addition to receiving a certificate for creating the winning design, Vihaan was invited to help Emmie as she put the final touches on the large mural. “When he saw it, he was excited and surprised because he didn’t realize his art could be made that big,” Nimit recalled. “He spent a couple of hours helping Emmie finish up details like the sun’s rays, the corals, and the jellyfish. He was enjoying it so much he didn’t want to leave campus that day.”

Kylee Stenersen, EHS officer, acknowledges that the storm drain artwork on its own may spark curiosity, which is why a QR code will be placed on the design to help people learn more about the art, the artists, and the story behind the mural. “We want to draw attention to stormwater pollution, which is somewhat of an ‘out-of-sight, out-of-mind issue,’” she said.

Stormwater management is just one aspect of EHS’s obligation to ensure proper oversight and disposal of waste generated on campus, whether that be recycling, chemical, or biohazardous waste.

“I hope this lovely mural will cause folks to stop and consider our collective responsibility to reduce our impact on the natural world,” Marshall said. 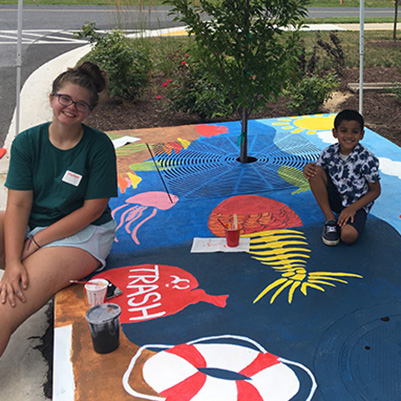 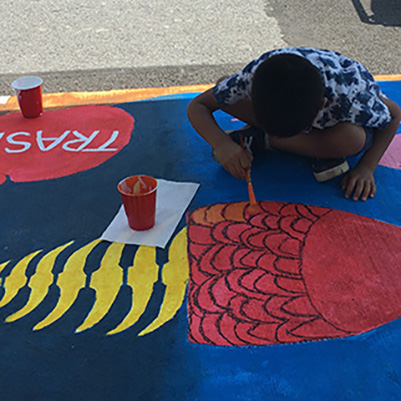 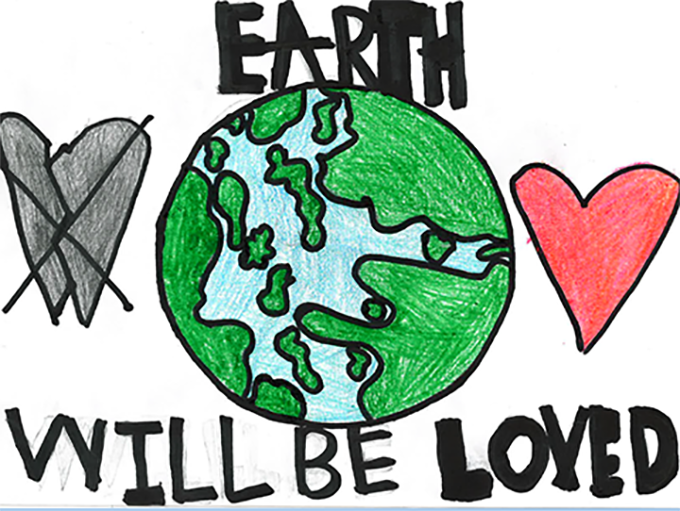 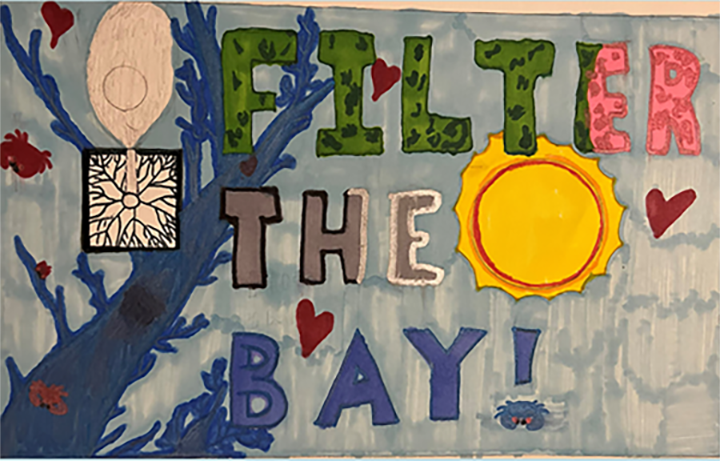 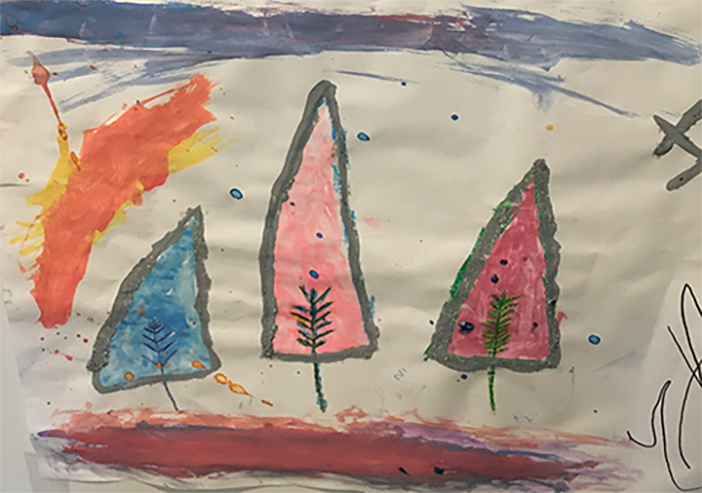 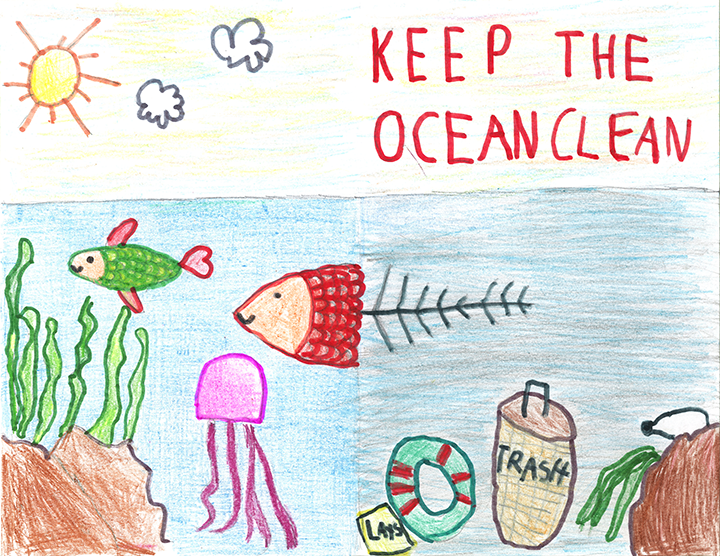 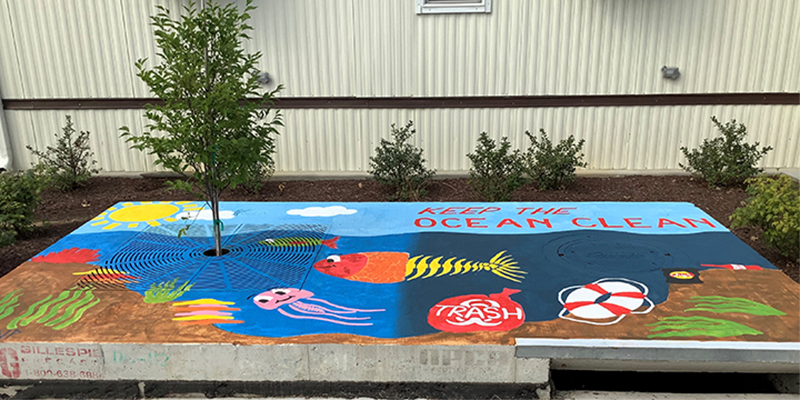