Echoes From the Past: Frederick Opens Its First Major Manufacturing Operation

Editor’s note: This is an installment of a series about the history of the National Cancer Institute at Frederick and the Frederick National Laboratory for Cancer Research.

Girded by steam pipes and bounded on one side by a narrow, one-lane road, the hulking brick structure had been among those vacated when the biowarfare program at Fort Detrick—its previous occupant—shut down. But its new life was about to begin.

It was to be the new pilot plant for the Chemotherapy Fermentation Laboratory at FCRC. The laboratory itself was similarly new, not yet a year and a half old by the time the pilot plant opened in April 1976.

Together, the laboratory facilities and pilot plant were to manufacture experimental cancer treatments on a large scale. These would equip clinical trials conducted by National Cancer Institute scientists in Bethesda, MD, 35 miles to the south. The objective had been of interest to NCI for years—almost since FCRC, the facility today embodied by Frederick National Laboratory and NCI Frederick, opened in 1972.

The treatments were investigational, and chemotherapy itself had only recently gained widespread medical acceptance in the wake of several trials that demonstrated certain combinations could cause lasting remission in certain cancers.

Few, if any, pharmaceutical companies or universities could have committed to such a risky enterprise, but a government-funded, contractor-operated group like FCRC’s Chemotherapy Fermentation Laboratory was a perfect fit for it.

The staff used the equipment to scale up the creation of chemotherapies and related compounds that seemed effective in laboratory tests and early-phase clinical studies. The configuration was flexible, too: “The pilot plant was, from the beginning, intended to be a versatile installation, capable of application to the production and recovery of any conceivable product,” wrote Asger Langlykke, Ph.D., the Chemotherapy Fermentation Laboratory director, in 1978.

Within the first year of operation, the staff had undertaken projects encompassing crude enzyme products, antitumor antibiotics, and others, reported Langlykke. They also conducted several screening studies to identify new compounds with possible medical value. By 1978, they’d identified 20. Such was the value of combining a research laboratory and pilot plant.

The staff also rose to the research environment’s challenges. When gaps became evident or the program came under criticism, FCRC hired additional chemists and refined internal processes to meet the need. The program had various detractors. However, it also had its share of problem-solvers, recalled Michael G. Hanna Jr., FCRC director from 1979–1983.

Langlykke was one of them. A keen biochemist and persistent administrator, he’d previously been a senior executive at international pharmaceutical giant Squibb and an executive director of the American Society for Microbiology, making a respected voice in both scientific and political circles. Though he’d leave the facility around 1980, his influence and leadership were key to initiating the program.

Among the program’s earliest projects were carboxypeptidase G1, a catalyzing enzyme, as well as interferon, a protein associated with the immune system. Interferon would become the subject of much attention in the 1980s, but another product figured more prominently in the Chemotherapy Fermentation Laboratory’s early years.

It was called daunorubicin, an antitumor antibiotic isolated from Streptomyces bacteria. French and Italian scientists had discovered it in 1963, after which clinical trials had tested it against certain cancers, especially leukemias. It proved somewhat effective and could lead to short-term remissions, but certain doses caused cardiac complications.

NCI, interested in daunorubicin’s potential and in possible combinations to make it more effective, performed its own trials and was the main recipient of the antibiotic manufactured at FCRC during the 1970s. In one year, the Chemotherapy Fermentation Laboratory made three kilograms of clinical-grade daunorubicin for studies at NCI’s Division of Cancer Treatment, and the staff continued to produce kilogram quantities yearly.

The effort was meaningful to FCRC. The laboratory was included in the tour during the National Cancer Advisory Board’s visit to the campus in May 1980. FCRC Director Hanna and Marie Lombardi, board member and widow of the late coach Vincent Lombardi, scaled a ladder to a catwalk at the top of a fermenter for an up-close view.

“We looked down [through the port], and you could see this red goo going down there,” Hanna said. The “red goo” was daunorubicin’s “rubi-” namesake, its signature ruby hue.

The manufacturing at FCRC was far from a make-and-forsake affair. Scientists in the Chemotherapy Fermentation Laboratory were partners in the research, seeking to manipulate daunorubicin to make it more effective and less toxic. In their many screens and tests, they also identified daunorubicin variants with medical potential, though ultimately none proved as effective as the original. On the technical side, the laboratory published major optimizations to the manufacturing process.

“The purification, which was the important thing, the key thing that was an obstacle in using it in people for a long time, was solved by the group in the fermentation program … skilled chemists,” Hanna said, adding that the purification was an important breakthrough.

A Lasting Legacy, Near and Far

Within years, the Chemotherapy Fermentation Laboratory’s contributions paid off. FCRC submitted a drug master file, a collection of information and data on daunorubicin, to the Food and Drug Administration on November 9, 1979, to inform deliberations over whether to grant daunorubicin FDA approval. The treatment was approved the following year.

With FCRC having helped get daunorubicin off the ground, NCI elected to transfer the manufacturing process to the pharmaceutical industry in the early 1980s. FCRC could and would continue to work on daunorubicin—albeit in a seemingly lesser capacity—but since manufacturing had become a less risky prospect, it was time for industry to take over the bulk of it.

It was hard to see the effort go, but “the transfer to industry at the appropriate time to get it out to the public were all the right decisions,” Hanna said.

Subsequent trials at NCI and elsewhere continued to define daunorubicin’s effectiveness against various leukemias and identify combinations with other drugs that better eliminated the cancers.

Today, daunorubicin remains a cornerstone therapy for leukemia and leads to remission in 60–90% of people. The scientific and medical communities acknowledge that more innovative and effective treatments are needed, but being diagnosed with leukemia is no longer tantamount to a death sentence.

Meanwhile, the Chemotherapy Fermentation Laboratory at FCRC continued to adapt to shifting scientific demands. It would go on to manufacture and research several potential treatments for NCI’s Biological Response Modifiers Program in the 1980s, including interferon.

Today, the laboratory has spiritual successors in Frederick National Laboratory’s Biopharmaceutical Development Program, which, like the Chemotherapy Fermentation Laboratory, manufactures investigational treatments for NCI, and in NCI’s Natural Products Branch, which carries on the tradition of screening environmental samples for compounds with potential medical value.

The latter still operates a facility in Building 472.

Samuel Lopez leads the editorial team in Scientific Publications, Graphics & Media (SPGM). He writes for newsletters; informally serves as an institutional historian; and edits scientific manuscripts, corporate documents, and a slew of other written media. SPGM is the creative services department and hub for editing, illustration, graphic design, formatting, multimedia, and training in these areas. 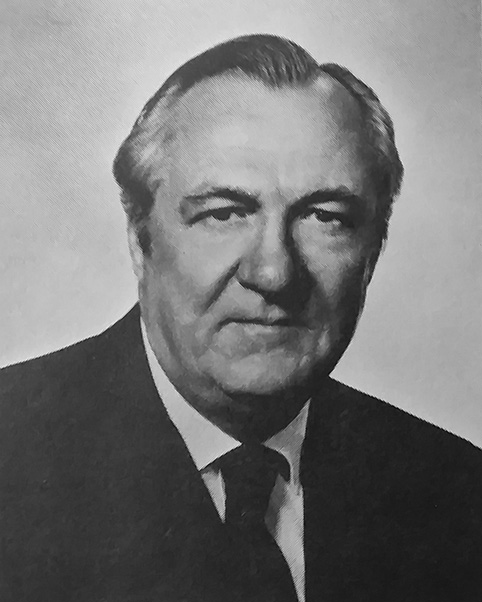 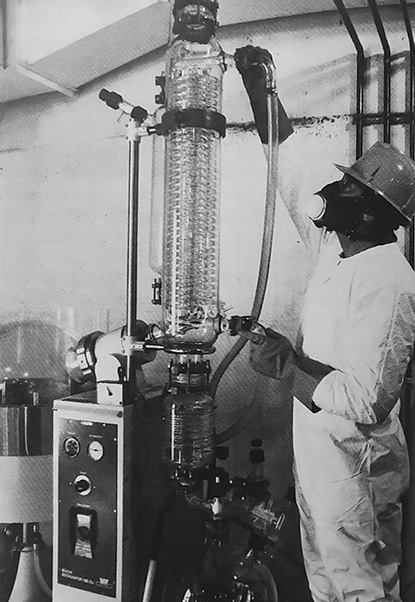 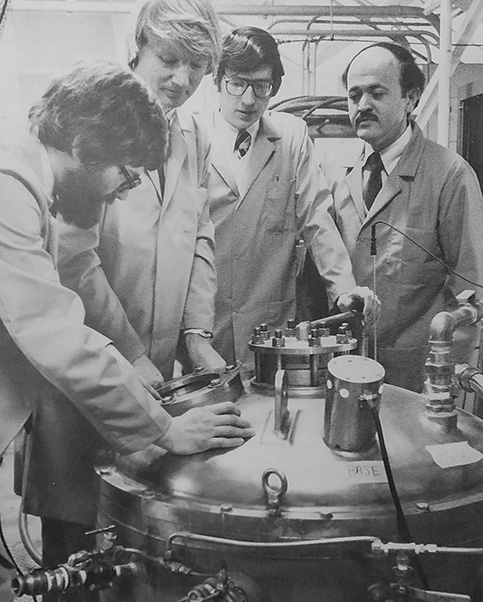 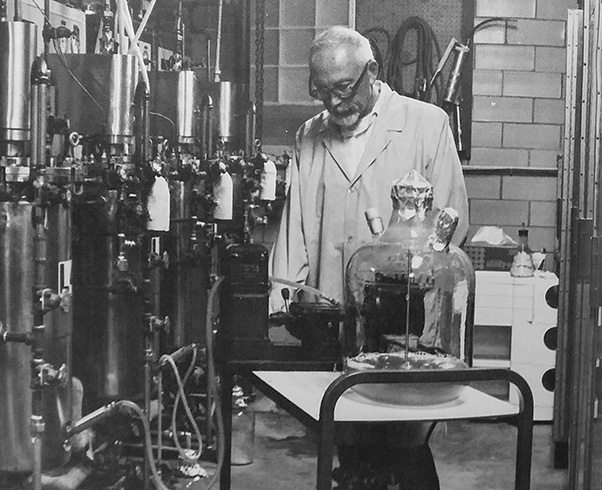