Michelle Marcelino developed a strong interest in science as a child. The former Werner H. Kirsten student intern’s father was a physicist and often discussed with his daughters how the world works in terms of science.

“I think my father instilled it in me from a very young age,” Marcelino said. “I remember being in elementary school and my father telling us colors are just wavelengths of light perceived by your eye. That’s my dad, explaining that concept in detail to a child.”

Marcelino was recommended for NCI’s internship program by her high school advanced placement biology teacher Mark Sunkel, who thought it would be an excellent opportunity to gain experience in a field Marcelino was considering as a career. She interned with Howard Young, Ph.D., a principal investigator during the time that she worked in the Laboratory of Experimental Immunology at NCI at Frederick from June 1996 to August 1997. Young is currently a senior investigator in the same lab, which is now part of the Cancer and Inflammation Program.

Young said Marcelino spent much of her time working with one of the research fellows on the regulation of interferon-gamma gene expression. He added that it was a pleasure having her in the lab and he is proud of what she has achieved in her career.

“She was enthusiastic and always striving to conduct experiments well and accurately,” Young said. “She fit very well into the lab environment and was liked by everyone.”

It is the people Marcelino worked with during her internship days that she will miss the most. “I loved the people I worked with; I learned a great deal from them,” she said. “Not just about science, but about life in general. A proud moment was when I won the Frederick County Science Fair and went to the International Science Fair in Louisville, Ky., based on the work I did in Dr. Young’s lab.”

After graduating from Linganore High School in 1997, Marcelino attended the University of Maryland, Baltimore County (UMBC), and majored in biology/bioinformatics. While attending UMBC, she landed an internship at Osiris Therapeutics, Inc., a biotech company then located in Baltimore, Md. (now based in Columbia, Md.)

Upon graduating from UMBC, Marcelino became a full-time employee at Osiris. She continued to work there for another 14 years and learned a great deal about the pharmaceutical industry and drug development.

“I started out in the lab and, over the years, moved into managing clinical trials and gaining approval from Health Canada for the first approved stem cell drug in the world,” Marcelino said. 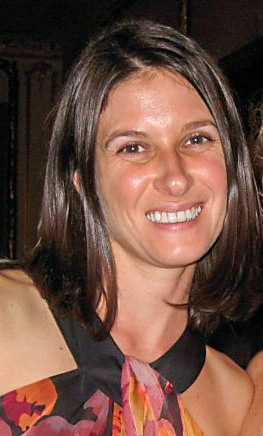 Marcelino currently works for an Israeli company called Macrocure as the director of Clinical Operations. She oversees the clinical development program for a biological product for treating chronic wounds. Living in Key West, Fla., Marcelino spends her free time on the water boating and snorkeling. She is also an avid runner and practices yoga.

She said that her time spent at NCI at Frederick was a strong influence on her career choice.

“My experience with the WHK internship undoubtedly reinforced my passion for science and gave me the foundation to move forward confidently in the field of life sciences,” Marcelino said. “I can honestly say internships are the best way to learn about your potential future career path, and they give you an advantage down the road when you are seeking your next employment opportunity.”

What is her advice to future WHK interns?

“Enjoy this unique experience,” she said. “The opportunity to learn and explore the real-world application of science as an intern in a workplace setting is a rare gift. Use this time to cultivate your passion for science; soon enough there will be deadlines and escalating levels of responsibility, so have fun and learn and savor the moment.”