While it was the pleasant weather, live music, and scores of vendors that drew thousands to Frederick’s 2017 In The Street festival, it was the eye-catching activities and prizes that drew attendees to the Frederick National Laboratory for Cancer Research tent.

Among FNLCR’s attractions was a photo booth where visitors could dress up as scientists, don science-themed props, and stand in front of a laboratory backdrop. Participation grew quickly as the day progressed, with visitors of all ages lining up for the chance to grab a cardboard beaker and pose for a Polaroid.

Younger visitors especially enjoyed watching their photos develop, with a few shouting “It’s a magic picture!” as the image materialized. For some, the photo op was pure fantasy, but for others, like high school student Neha Mathur, it was a portent of things to come.

“It was really interesting. I got to wear goggles and a lab coat,” she said. “I’m thinking of becoming a scientist after graduating.”

Visitors to the FNLCR booth could also spin a wheel to win one of multiple unique prizes: pens that looked like syringes, stress balls in the shape of brains, brightly colored portion plates, and travel-size sunscreen. Of the two activities, the wheel game rapidly became the most popular among all age groups.

Regan Candland, 11, and her sister Kara, also 11, enjoyed their prizes. “I like the sunscreen,” Regan said. Kara added, “I can eat with the plate, so it’s good.”

Ellie Blaser, a recent graduate of Hood College, agreed. “It was super-fun getting to spin it and not knowing what you’re going to get, and then getting a brain that’s a stress ball—that’s awesome!” she said.

However, the prizes were meant for more than just fun and games. Perceptive visitors may have noticed that they all followed a health-related theme, which was one part of FNLCR’s larger goal to educate visitors about the connection between science and health.

“We’re showing the community the side of science that’s behind good health,” said Frank Blanchard, director of Public Affairs and Communications, FNLCR. “We do the science—the biomedical research and applications—behind good health.”

In addition to prizes and photos, visitors had the opportunity to take a Cigna-sponsored brochure about cholesterol health, a booklet of healthy recipes, and bilingual handouts about the National Cancer Institute’s resources for cancer patients. Some took the chance to speak with FNLCR employees and learn about the institution’s activities and mission.

“There were people who were going through their own battles with cancer who stopped by our booth,” said Natasha Williams, human resources coordinator in FNLCR’s Human Resources Directorate. “Others knew people who were battling cancer and wanted more information for that person. All of the prizes had [FNLCR] branding, so when they went home, I think that if only 20 percent of the people decide to Google the facility name, that’s a win!”

In The Street has been a Frederick fixture since 1983, when the city initiated the event following major renovations to the downtown area. The first year, roughly 10,000 visitors attended. More recently, attendance has reached an estimated 70,000 visitors, according to Celebrate Frederick, the coordinators of the event.

“I think it was important for us to interact with the greater community, so they know and support our mission,” Williams said, summing up the day. “The event was fun! Just don’t tell the others, or else they will volunteer next year, and there won’t be any space in the booth!” 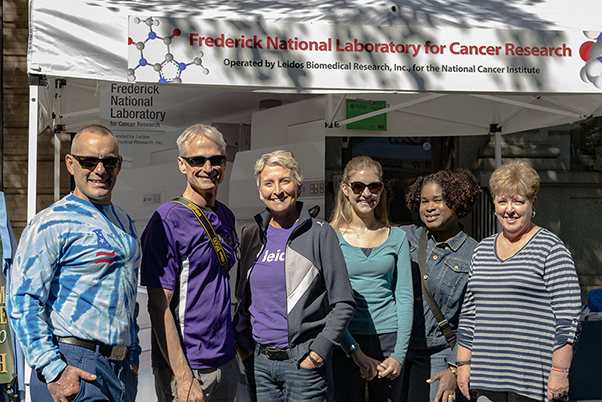 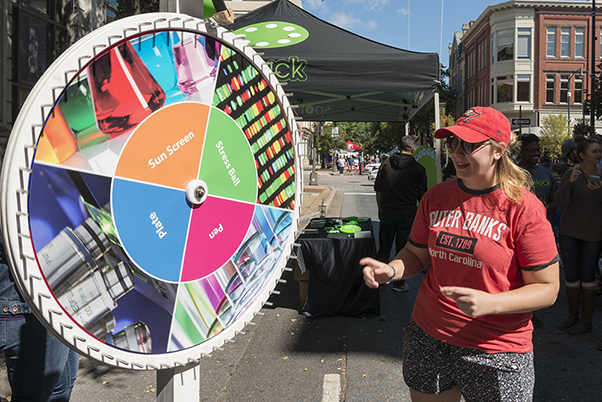 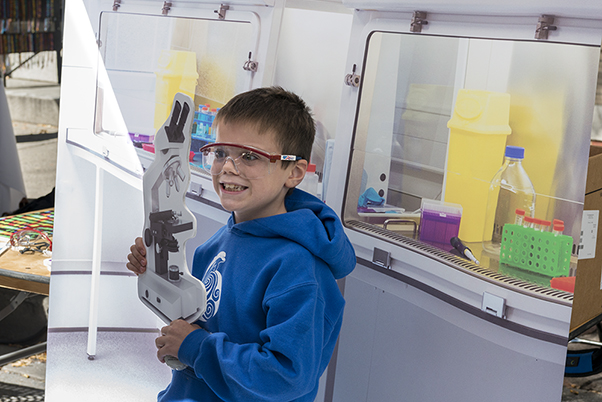 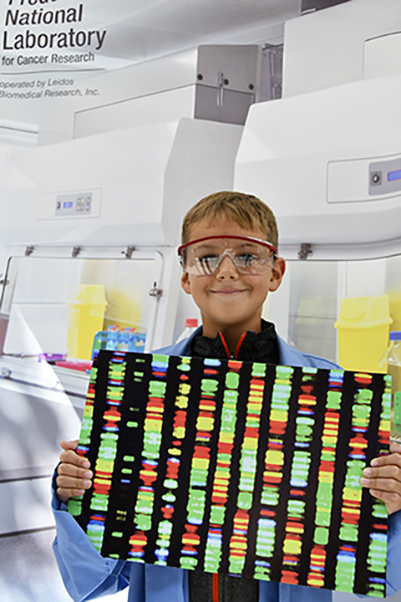 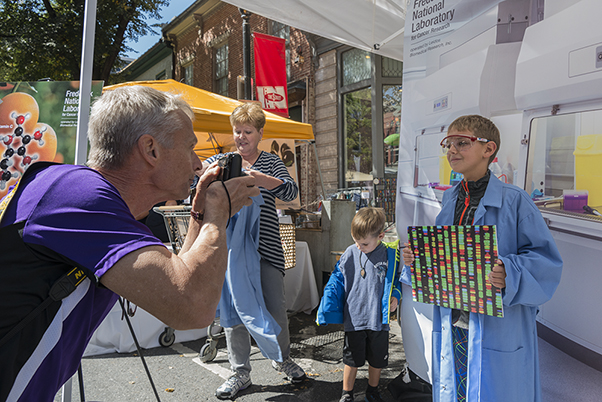 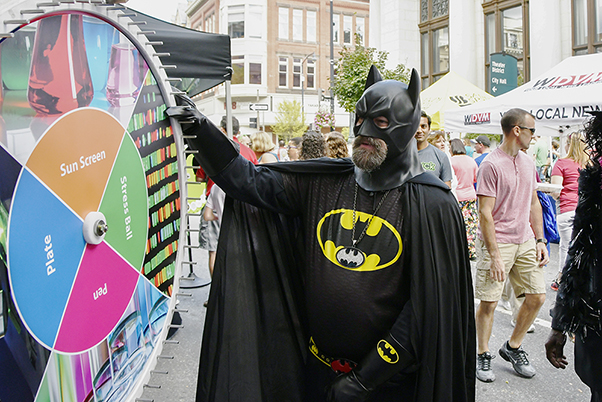 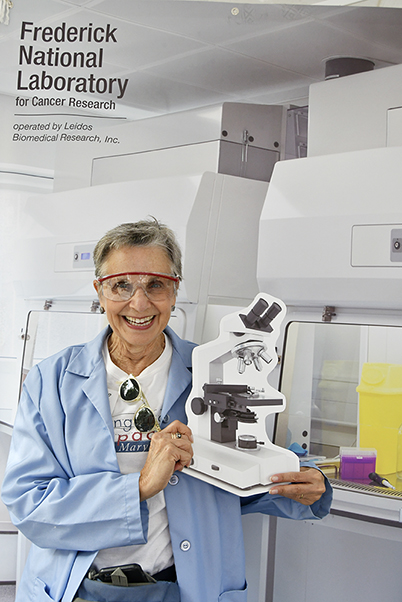 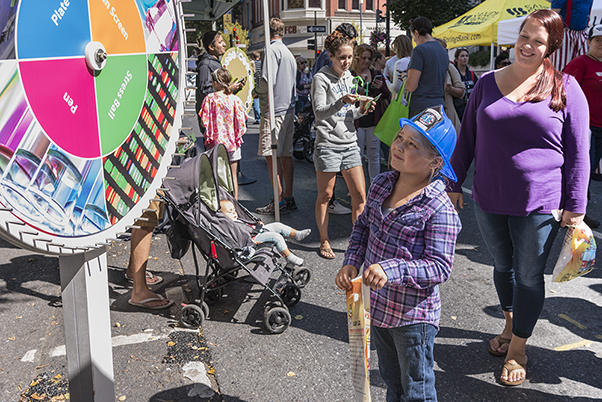 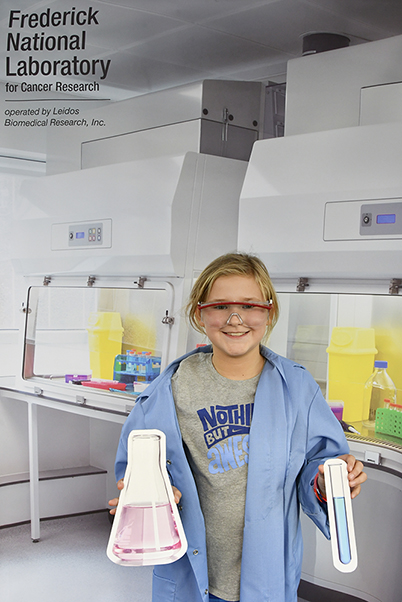 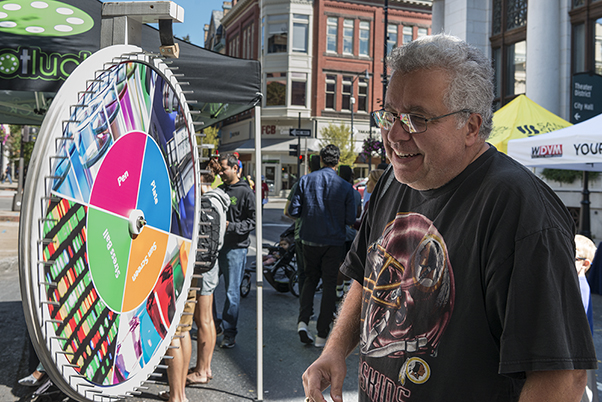 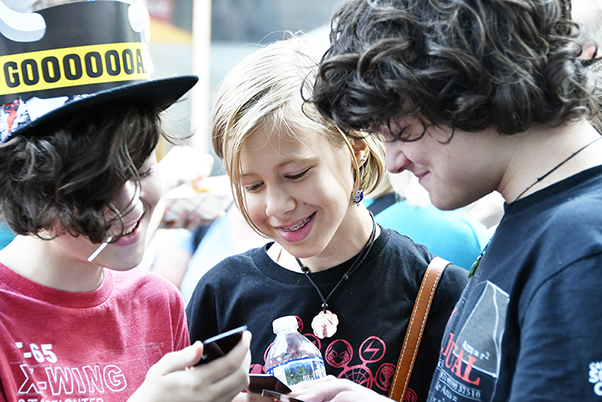 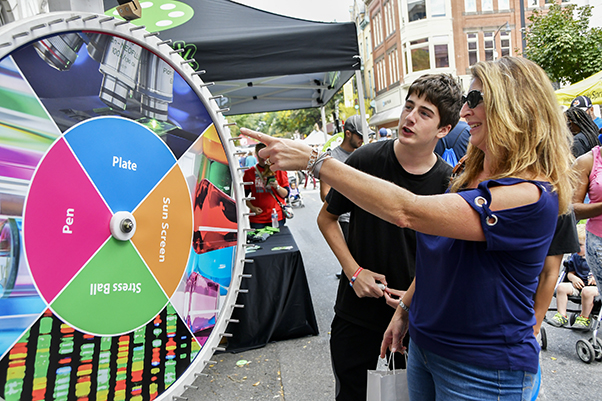 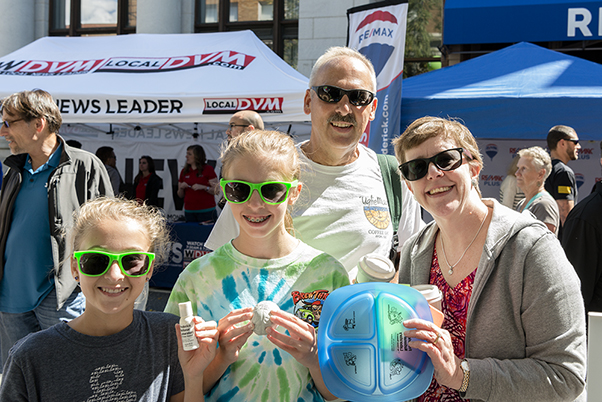