Light-up yo-yos, brightly colored portion plates, and a fast spinner game lured hundreds of area residents to the Frederick National Lab booth at this year’s In The Street festival, where they also heard a message from the lab: Stay healthy through healthy habits.

Thousands of area residents attended the event on a warm, sunny Saturday. Vendors, Market Street businesses, and event sponsors lined the street with booths to show off their wares and distribute information to community residents.

Asked what he liked most about the event, Antje Romano, 8, said, "I like all of it, and it's the only day everyone gets to go in the streets."

Walter Hubert, assistant project officer, Office of Scientific Operations, helped set up in the morning. “It's been really nice. Right after the [Market Street Mile] went through, we had very brisk business from customers. Small kids and big kids were trying the wheel, and gifts were really going quickly. It's a nice day and we have a good crew here. It looks good."

Children, teens, and adults stopped by the booth to whirl the spinner and to grab handouts on healthy eating habits, informational brochures on the National Cancer Institute, and a flier explaining the importance of vaccinating young people against human papillomavirus, which can cause several types of cancer.

Lindsey Brown, 7, said, "The wheel is my favorite because you get prizes."

The In the Street festival began in 1983 to celebrate the reopening of downtown Frederick after several months of major renovation. The debut event drew about 10,000 people to Market Street. In recent years, the event has seen about 70,000 visitors.

Geoff Seidel, clinical project manager and program director, Clinical Monitoring Research Program, said, “It’s a wonderful year [at the festival] helping out, and the weather is beautiful. [The weather] was insane last year. I'm seeing old friends, making new friends, and seeing fellow employees. We get to represent Leidos and FNL. We're part of the community, and this gets us out of the secure facility we work in.” 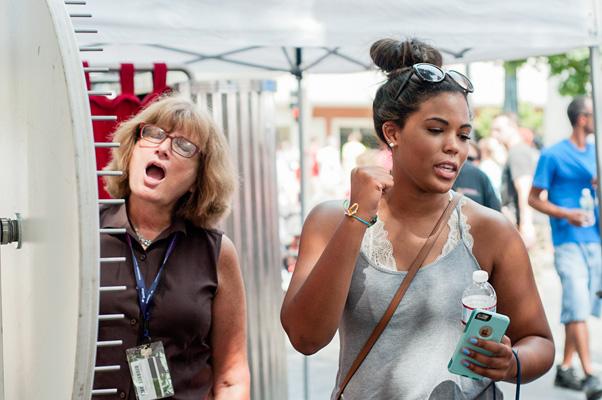 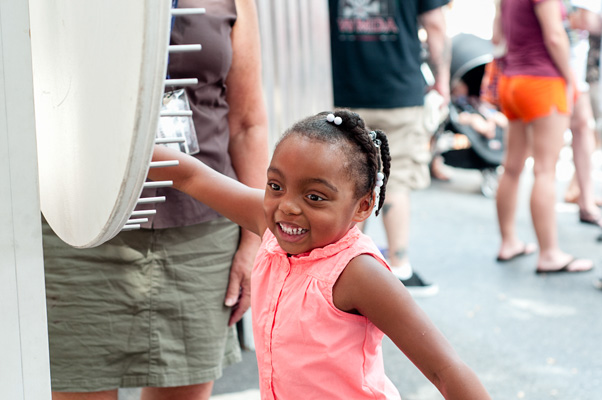 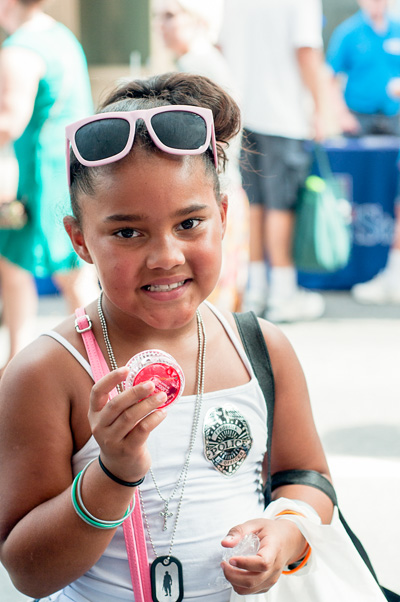 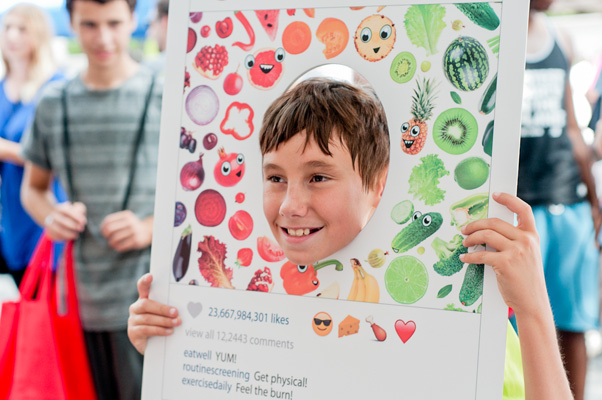 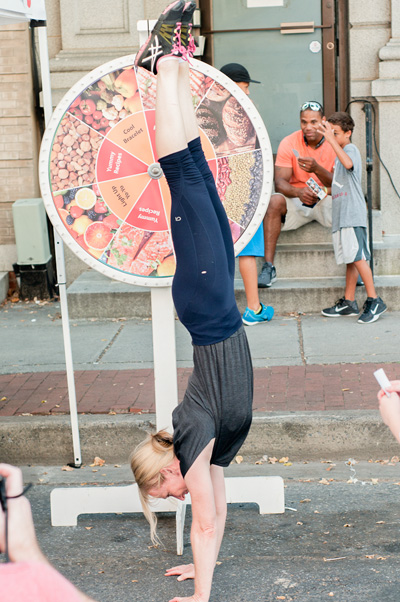 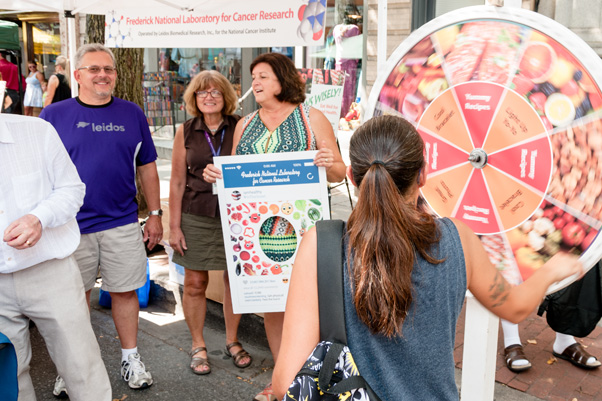 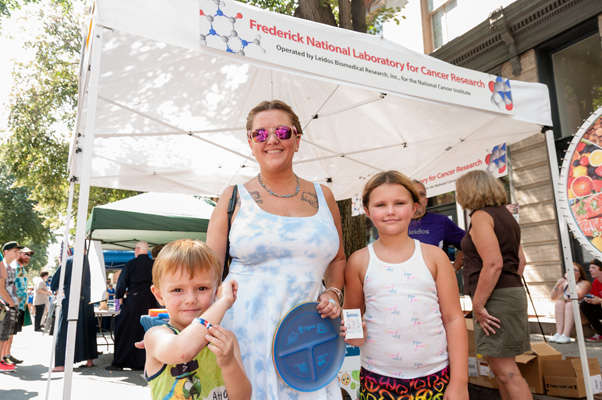 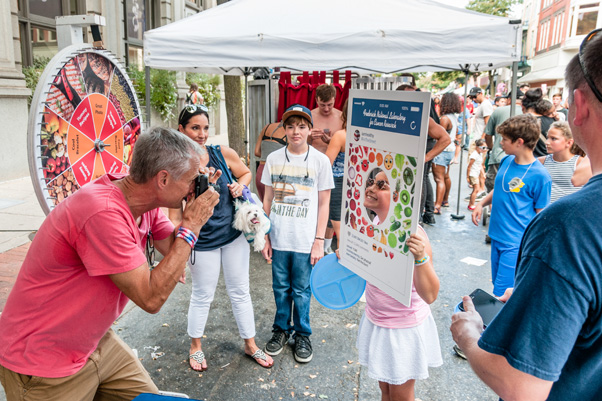 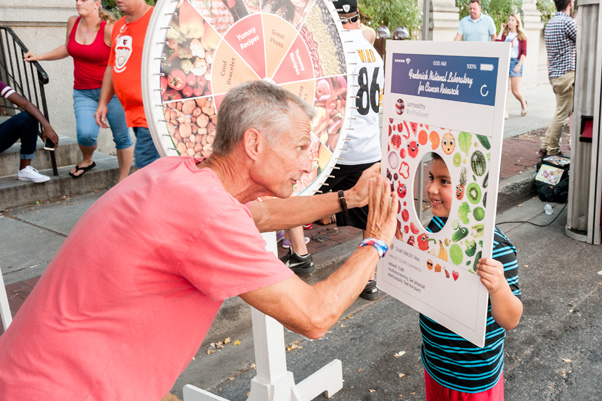 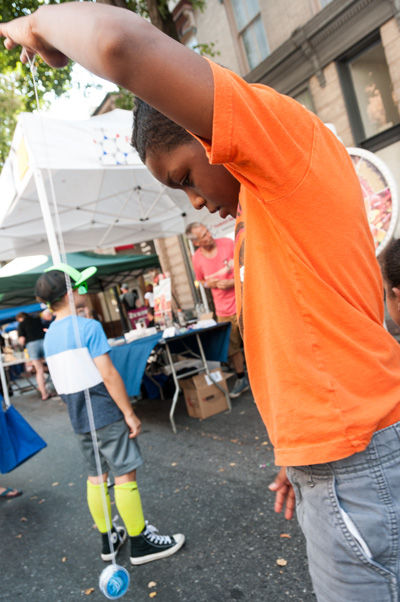