A grim statistic is driving Steven Rosenberg’s mission to find new cancer treatments—and his partnership with Frederick National Laboratory (FNL) to do so.

“Every year in the United States, about 600,000 people die of cancer, 90% of whom die of the solid epithelial cancers,” said Rosenberg, the M.D., Ph.D., chief of the National Cancer Institute’s (NCI) Surgery Branch, head of the Tumor Immunology Section at NCI’s Center for Cancer Research.

The Surgery Branch conducts clinical trials focused on treating patients with advanced metastatic cancers. Its staff is testing immunotherapies in which a patient’s own white blood cells are removed and genetically modified to embed a molecule called a “T-cell receptor” (TCR) on their surfaces that identifies that patient’s particular cancer mutation that drives growth of that cancer. These cells are multiplied outside the body to become billions, creating a sort of custom TCR cancer-fighting “army” built from the patient’s own cells that gets infused back into the patient.

“Everything that we’re doing is attempting to develop better cancer treatments. We’re working around the clock to try to develop more effective treatments that differ from surgery, radiation, and chemotherapy, that take advantage of the body’s own natural immune defense mechanisms to fight the cancer,” Rosenberg added.

Immunotherapy is the newest frontier of cancer treatments, and Rosenberg, the Surgery Branch, and their FNL collaborators are among those at the forefront. The Surgery Branch is a laboratory and clinical research unit that develops cancer immunotherapies.

Employees from FNL’s Clinical Research Directorate are embedded within the Surgery Branch. They operate most of the Vector Production Facility, the whole Quality Assurance unit, some of the Cell Production Facility, and other groups. Their support has spanned several areas in recent years and substantially advanced the branch’s efforts.

“It’s an exciting time to be supporting immunotherapy research at its highest level within the Surgery Branch,” said Adrian Cuenca, Ph.D., a process development scientist in the Clinical Research Directorate.

“[FNL] is uniquely positioned to staff and manage [cell production and vector production] because of our long history of operating two much larger manufacturing facilities in Frederick—the Vaccine Clinical Materials Program and the Biopharmaceutical Development Program—and … long history of providing cGMP [current Good Manufacturing Practice] quality cellular therapy manufacturing of products given to patients in a safe manner and recognized as such by the FDA [Food and Drug Administration],” said Barry Gause, M.D., FNL’s chief medical officer and head of the Clinical Research Directorate.

The Vector Production Facility, headed by an NCI employee and staffed by FNL employees overseen by Cuenca, produces retroviral vectors, a tool used by the Cell Production Facility to modify patients’ cells to have the right TCRs for their treatment.

“These viruses are vehicles where we introduce particular genes that will make a particular protein. In this case, it’s a T-cell receptor. These T-cell receptors are cloned … these viruses grow up and we harvest them, and then we hand [this viral vector product] off to our sister facility, the Cell Production Facility,” said Cuenca.

“The retrovirus inserts this TCR into [these patient cells] … and now you have an army [of T cells] … expressing the same TCR … [and] that specifically recognizes a mutation in the patient’s own cancer cells,” Cuenca explained.

The two units work together seamlessly to produce the final infusion given to the patients in the clinical trials.

Digging into the Details

Alongside production, safety is another essential part of making the therapies.

“The need to have intensive quality assurance that we administer to patients is critical,” said Rosenberg.

FNL employees were first brought into the Surgery Branch to create the Quality Assurance unit. They handle all aspects of its operation, making sure measures are in place to protect patients and product safety and performance according to cGMP and FDA regulations.

“The bottom line is that the Quality Assurance team is charged with providing an independent oversight. ... Making sure that we’re safe and being compliant and we’re fulfilling the requirements for regulations, which are really designed to ensure safety for the public. And in this case, for the patients in our clinical trials,” said Fisher.

“Everything that goes into the product, that touches the product, has to be reviewed and maintained at a certain level,” said Michelle Chaikin, a Surgery Branch quality assurance manager in FNL’s Clinical Research Directorate.

The work is meticulous.

“You have to be really detail-oriented, but we’re lucky we have a really great team. We work really well together, so it’s fun,” Chaikin said.

Before FNL employees were hired to build the unit, there had been no independent quality assurance group for the Surgery Branch. The unit’s independence helps establish standard procedures that support regulatory compliance, enforce accountability, and avoid conflicts of interest.

“We all work so seamlessly together that I sort of forget who’s who. … It’s definitely a whole group collaborative effort,” said Chaikin.

Growing the Team and Production Capabilities

One reason for the growth is the addition of a new building called “T30,” a fully cGMP-certified facility for production and patient infusions that replaces an older space not specially designed for this purpose. The building will eventually allow the group to more than double their throughput. Planning for the building began in 2017, and ground was broken in 2019. The Quality Assurance team has been involved from the start, ensuring throughout the regulatory testing that the building will be compliant.

It’s yet another example of what can be achieved with a collaboration like the one between FNL and NCI in the Surgery Branch.

“[FNL] is very proud to play a role in supporting the development of [Dr. Rosenberg’s] new and exciting projects, which will continue to have a major impact on cancer care,” said Gause.

The most exciting part is how everyone impacts the clinical research, and ultimately, patient care.

“FNL plays a vital role in our activities and has been very helpful to us over the years. … The help that we get from FNL is an important part of that whole effort,” said Rosenberg.

Karolina Wilk is a science communications and training specialist in Scientific Publications, Graphics & Media (SPGM), where she writes for NCI at Frederick and Frederick National Laboratory’s news outlets; manages the production of SPGM communications trainings; and edits scientific manuscripts, corporate documentation, and other writing. SPGM is the facilities’ creative services department and hub for editing, illustration, graphic design, formatting, and multimedia training and support. 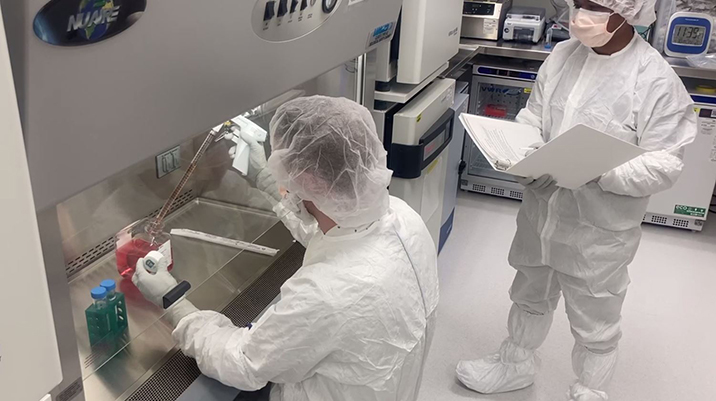 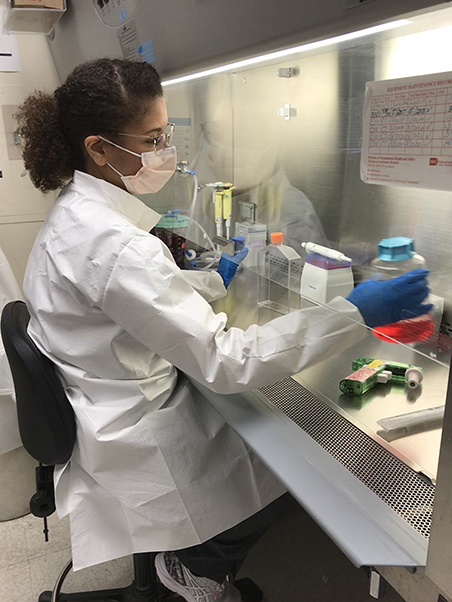 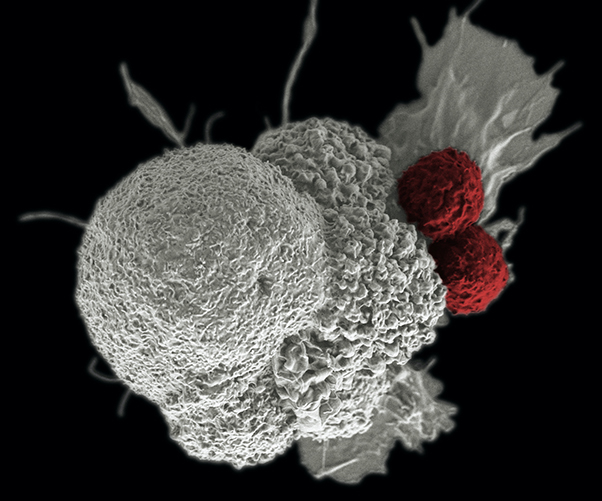 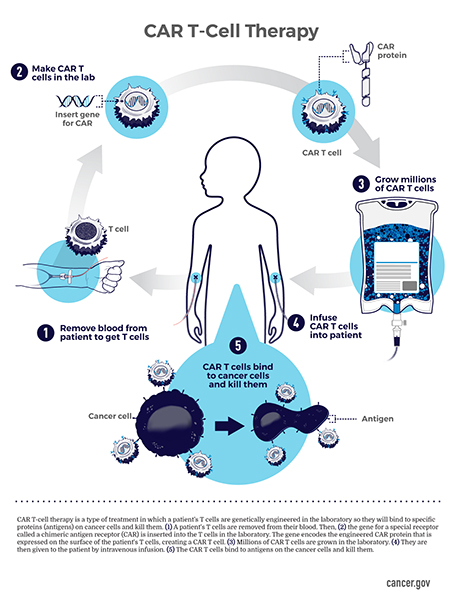