The Scientific Library’s 14th Annual Book and Media Swap, held on April 16 in the lobby of Building 549, proved to be a popular event.

When the swap was rescheduled from fall 2013 to spring 2014, the library staff was uncertain if the response would be equal to previous years, said Sue Wilson, principal manager of the Scientific Library. NCI at Frederick employees rose to the challenge, however, with 87 people donating more than 3,200 books and DVDs, according to Pam Noble, serials technician and book swap team leader. By the end of the first day of the swap, almost half of the materials had been claimed. The swap continued in the Scientific Library through May 8, after which all remaining books, approximately 450, were donated to Goodwill Industries.

First in line at this year’s swap was Jim McMahon, Ph.D., chief, Molecular Targets Laboratory, Center for Cancer Research. “I'm a big fan of the Book Swap because I’m an avid reader and basically cheap. The swap works because it’s a way to clear out the home bookshelves and restock with books that I don’t have to buy,” he said. “The wide diversity of subject material that shows up at the swap gives me the opportunity to acquire books that I normally wouldn’t take out at the Frederick [County] public library. The opening day of the swap is also a great opportunity to bump into (literally) folks that I don’t see often. My words of wisdom: arrive early and attend often!” 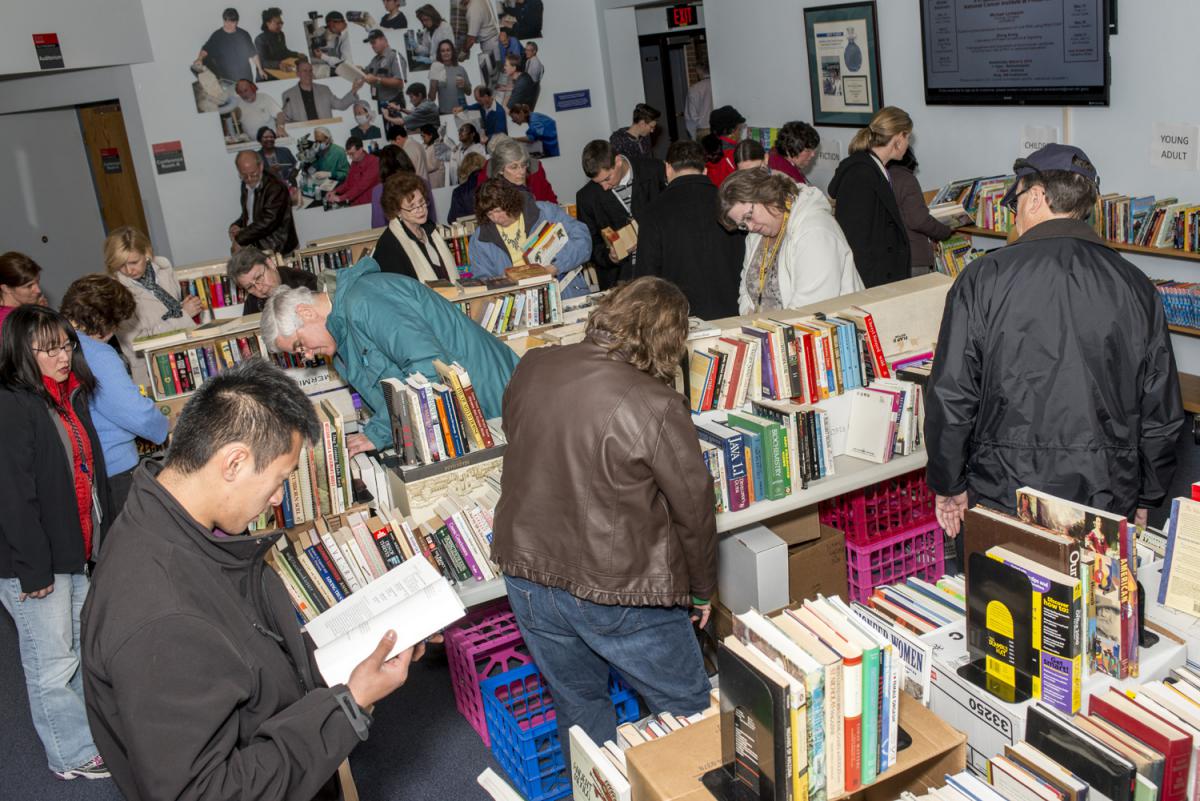 The library staff visited off-site locations prior to the swap to collect materials. Patti Labbe, associate director, Quality Control, Vaccine Pilot Plant (VPP), was happy that one of those visits was to Geoffrey Way. “The VPP has many avid readers and has thus established an internal book exchange library that is available to all employees at all times,” she said. “The Book Swap is an opportunity for us to refresh the contents of our library. The Book Swap exposes the VPP readers to new authors or genres that they may not have otherwise chosen. It helps keep everyone reading and perhaps entices new readers.”