Rein and Zheng Elected to American Academy of Microbiology

Earlier this year, Alan Rein, Ph.D., and Zhi-Ming (Thomas) Zheng, M.D., Ph.D., were elected to fellowship in the American Academy of Microbiology, the honorific leadership group within the American Society for Microbiology (ASM). They were among 88 microbiologists who were elected to the academy “through a highly selective, peer-review process, based on their records of scientific achievement and original contributions that have advanced microbiology,” according to the society’s website.

Rein, who has been affiliated with NCI since 1976, served as head of the Retroviral Genetics Section from 1984 until 1999, when he joined the HIV Drug Resistance Program, Center for Cancer Research, as head of the Retroviral Assembly Section and was appointed to the NCI Senior Biomedical Research Service. His research is focused on the reproductive mechanisms of viruses, as well as their effects on, and interactions with, their host cells.

Zheng joined the NCI Center for Cancer Research in 1994 as an NIH Intramural Research Training Award (IRTA) fellow and later became a senior staff member of the Laboratory of Tumor Virus Biology. In 2000, he became head of his section in the HIV and AIDS Malignancy Branch, and in 2012, he joined the Gene Regulation and Chromosome Biology Laboratory, where he is currently head of the Tumor Virus RNA Biology Section. Zheng’s group focuses on RNA processing and the tumorigenesis of viruses that cause human cancers. 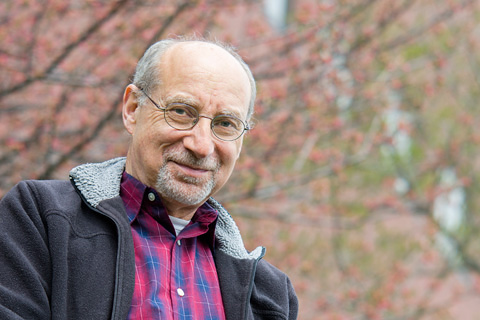 Viruses reproduce themselves in a cycle, Rein explained, and “anywhere you can break that cycle, or interrupt that cycle, is useful.” For this reason, his group studies mouse retroviruses and HIV to understand how viral materials come together inside the cell to create a new virus particle. Once understood, this knowledge could lead to the development of new drugs that would block that step in the cycle and thereby keep the virus from reproducing, he said.

In 2011, Rein received a grant from the Avon Foundation to support a collaborative project with Edward Gabrielson, M.D., Johns Hopkins Medicine, to help determine whether viruses play a role in any of the many forms of human breast cancer. Rein’s group is testing breast cancer samples for the presence of a virus related to the retrovirus that causes breast cancer in mice.

The work that has given Rein one of his greatest senses of accomplishment, however, involves determining the function of nucleic acid in the assembly of Gag protein, which he describes as “the building block of retrovirus particles,” into HIV-1 virus. Rein’s research has led his group to conclude that Gag molecules “throw a switch” when they come into contact with each other, and that switch initiates assembly of the virus. Nucleic acid provides the base upon which the molecules are able to come into contact, throwing the switch for assembly.

“For me, this has just been a total puzzle for 10 years,” Rein said. “I think, at some level, I know the answer now. This is exciting to me.”

Rein received his doctorate at the University of California at Berkeley and did his postdoctoral work as an American Cancer Society Fellow at the Massachusetts Institute of Technology.

An author on more than 150 scientific publications, Rein currently serves on the editorial boards of Virology and Journal of Virology, and is a collaborative member of the HIV Interaction and Viral Evolution (HIVE) Center, a consortium of HIV research leaders who are applying their structural and functional knowledge of drug resistance evolution to the design of more effective anti-HIV treatments. Rein received an NIH Director’s Award in 2012.

His advice to young scientists is to focus on basic knowledge rather than on “this year’s exciting research.” That’s because “10 years from now, the questions that are being addressed in the lab right now will be answered, and new questions will have arisen,” he said. 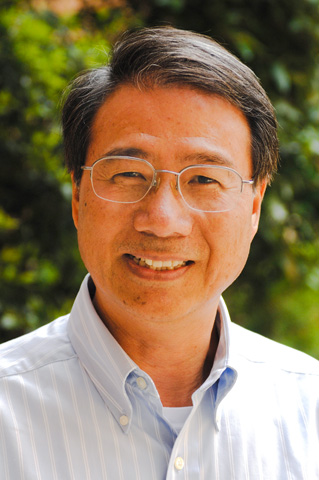 Human papillomavirus (HPV) infects the cells of the skin and mucosal tissues, primarily through close contact. According to Zheng, of the more than 180 reported HPV genotypes, a small number are known as high-risk HPVs because of their association with cancer. “To date, more than 95% of cervical cancer, 50–90% of other anogenital cancers, and 20–30% of oropharyngeal cancers are associated with persistent infection and genomic integration of high-risk HPVs,” Zheng said.

His lab studies the biology and cancer-causing properties of the two most prevalent high-risk genotypes, HPV16 and HPV18, which cause approximately 70% of all cervical cancer cases worldwide, he said.

Zheng said his group also focuses on the biology of Kaposi sarcoma-associated herpesvirus (KSHV), to better understand the mechanism of KSHV gene expression in the host cells. KSHV has been associated with Kaposi’s sarcoma, as well as primary effusion lymphoma and multicentric Castleman’s disease.

The work that has given Zheng the most satisfaction over the course of his career involves significant discoveries dating back to 1987, when his group discovered enterovirus type 71 (EV71), the virus associated with hand, foot, and mouth disease, a major public health concern in China.

During the same period, Zheng and co-investigator John Huggins, Ph.D., at the U. S. Army Medical Research Institute of Infectious Diseases in Frederick, Md., led the clinical trial of intravenous ribavirin therapy for hemorrhagic fever with renal syndrome (HFRS) caused by hantavirus infection. This study led to approval of ribavirin therapy for HFRS in China in 1990.

At the same time, Zheng’s group isolated a new poxvirus known as erythromelalgia-related poxvirus (ERPV), which had reached epidemic proportions among middle school students in China. His research has continued over the years, and he said he hopes “our current collaboration with the Institut Pasteur Shanghai, Chinese Academy of Sciences, will provide some clue based on serum epidemiology [studies].”

Zheng was the first in the field of papilloma research to discover exonic-splicing enhancers and suppressors, which positively and negatively regulate alternative RNA splicing, a critical step in the virus life cycle, he said. More recently, his group identified cellular splicing factor SRSF3 as a proto-oncogene that is instrumental in cell proliferation and tumor initiation and maintenance.

Other significant discoveries include identifying a KSHV protein as a viral-splicing factor and RNA stabilizer, and determining that viral oncoproteins and other viral proteins regulate the expression and function of miRNAs, contributing to the onset of tumors.

Upon learning of his election to fellowship in the ASM, Zheng said he felt it was “a great honor for me to be recognized by this prestigious academy.”

An author on more than 170 scientific publications, Zheng currently serves on several NCI and NIH committees and the editorial board of the Journal of Clinical Microbiology, International Journal of Biological Sciences, Cell & Bioscience, and PLoS One. He was a recipient of an NCI Director’s Award in 2009 and an NIH Award of Merit in 2010.

His advice for young scientists is to stay focused on your goal. “When you have a goal, you should be persistent” in your hard work to reach that goal, he said.

The American Society of Microbiology is the “world’s oldest and largest life science organization,” whose mission is to “recognize scientists for outstanding contributions to microbiology and provide microbiological expertise in the service of science and the public,” according to its website.