According to the Joint United Nations Programme on HIV/AIDS, more than 36 million people worldwide are living with HIV. While the number of AIDS-related deaths are decreasing, infection rates are still increasing, specifically in Eastern and Southern Africa.

HIV microbicides are not currently sold commercially, and many other HIV prevention techniques remain unavailable or implausible in developing countries where HIV is most prevalent. Those living in resource-poor areas—specifically women, who account for more than half of new infections—would benefit from a low-cost, effective method of protection.

Barry O’Keefe, Ph.D., deputy chief, Molecular Targets Laboratory, Center for Cancer Research, emphasized that the countries most in need of the treatment “need it for pennies a dose.”

Soya bean seeds could be the answer.

To gauge CV-N as a microbicide, scientists produced the protein in a laboratory culture (Escherichia coli) and tested it in macaque monkeys to see whether it protected against Simian Immunodeficiency Virus (SIV), the primate version of the AIDS virus. While viral transmission was successfully prevented, the high cost of making CV-N in laboratory cultures would be impractical for commercial production. The results of the research were published in Plant Biotechnology Journal.

Soya bean seeds offer a low-cost platform for mass production, have a high biomass capacity, and are light sensitive. This allows flowering to be easily altered to increase seed production. Soya beans can also be produced and stored easily in resource-poor countries.

In addition, the plant is not damaged by CV-N production in the seeds, so engineered soya bean seeds can be used to produce both soya bean oil and recombinant CV-N (rCV-N). The oil is used for industrial purposes, biodiesel production, and secondary goods such as printing inks and cements.

Engineering plants to produce medically useful proteins is not a new application. Tobacco leaves (nicotiana benthamiana) have been used to create recombinant griffithsin (GFRT), another protein for HIV prevention. But transgenic tobacco plants have not been able to yield high amounts of rCV-N.

On the other hand, one kilogram of dry soya been seeds produces enough CV-N for 20 doses of a microbicide. One greenhouse of soya beans could yield sufficient CV-N to treat someone for 90 years.

NCI has patented the science using a humanitarian strategy—it is only patented in countries that can afford treatment. This means resource-poor countries are free to commercialize without the cost of royalties.

O’Keefe said it is important to encourage scientists and “freely give out materials to people so they can make more developments and additional research, [so they can] take it to areas we didn’t know.”

One such area, according to O’Keefe, may be a seed crop that is not used for food, such as rubber or cotton seeds, so the antiviral protein can be produced without fear of contaminating crops. To alleviate that fear with soya beans, all seeds were tested in Brazil.

Osel Inc. has applied to the Food and Drug Administration to begin human clinical trials with the CV-N microbicide. The FDA has until the end of July to make its decision. If the FDA approves, the Investigational New Drug process will begin, and the first human clinical trials will take place at University of California, San Francisco. 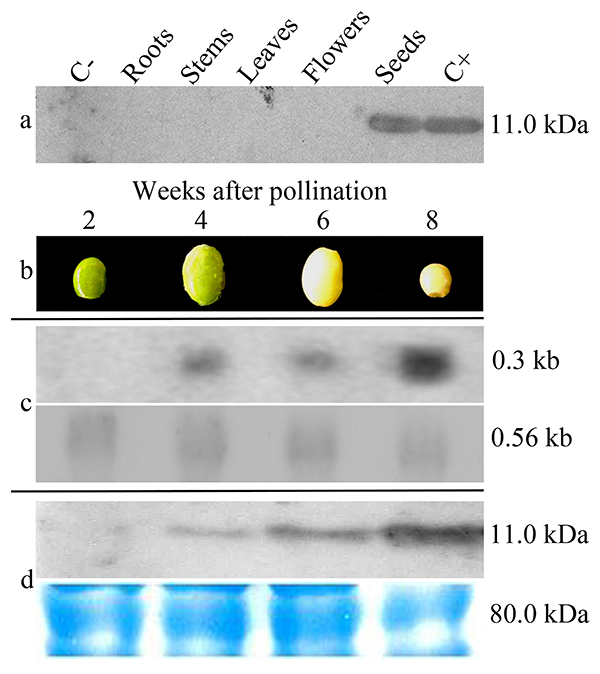