The winners of the 2014 Spring Research Festival (SRF), held May 7 and 8, were recognized on July 2, and included 20 NCI at Frederick researchers:

The winners were selected from the 141 scientific posters that were presented during the SRF poster sessions. An estimated 450 people visited the poster session, according to the SRF Committee.

“It was a great opportunity for the various scientific communities within Fort Detrick to network and learn from each other,” Andrea Frydl, public affairs specialist, Office of Scientific Operations, NCI at Frederick, said of the event.

The annual SRF is designed to acquaint fellow researchers, students, and the community at large with the important discoveries being made at Fort Detrick in the fields of cancer, AIDS, and infectious disease research.

For the second year, the event was sponsored by the National Interagency Confederation for Biological Research (NICBR), an interagency committee made up of various research entities located within Fort Detrick.

The NICBR Collaborative Publication Award has been offered for the past two years, as the result of the Scientific Interactions Subcommittee’s (SIS’s) request to identify the “best” collaborative publications, explained Howard Young, Ph.D., deputy laboratory chief, Laboratory of Experimental Immunology, and the NCI representative on the subcommittee.

“‘Best’ is subjective,” Young said, “but we tried to identify the publication that gave new insight into biology or was a major technological advancement.”

In order to qualify, the publication must have co-authors from at least two Fort Detrick–based NICBR partners, Young explained. Nominated publications are submitted to the SIS, and subcommittee members vote on the submissions. 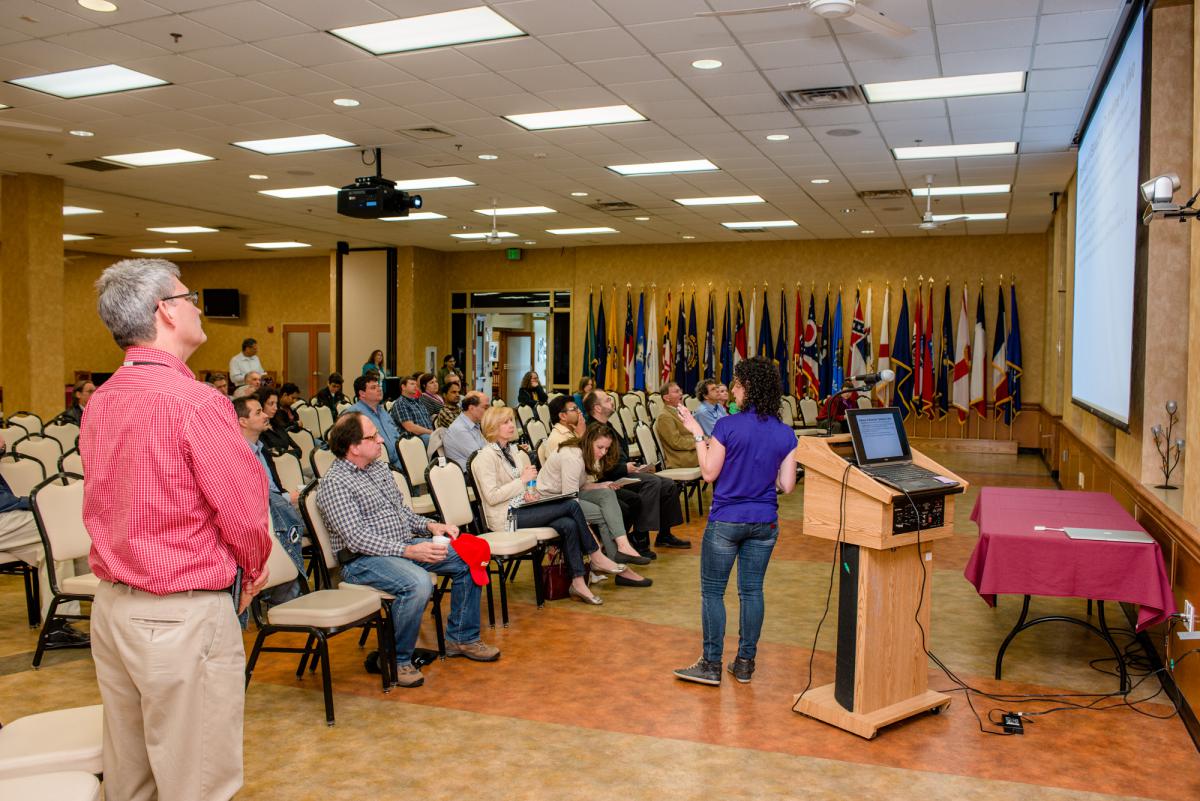 The winning 2013 paper was a collaboration between the National Institute of Allergy and Infectious Diseases (NIAID) and the U.S. Army Medical Research Institute of Infectious Diseases (USAMRIID), titled “Endothelial cell permeability during hantavirus infection involves factor XII-dependent increased activation of the kallikrein-kinin system.” Authors Shannon Taylor, Anna Maria Copeland, and Connie Schmaljohn, all with USAMRIID; Peter Jahrling, NIAID; and Victoria Wahl-Jensen, National Biodefense Analysis and Countermeasures Center (formerly with NIAID) were honored for their research on hantavirus, a single-strand RNA virus that can attack the renal system.

“This really is a terrific example of interagency collaborations and gives important new insight into the mechanisms by which hantavirus causes disease,” Young said of why the publication was selected as the 2013 award winner.

All individuals considered for the NICBR Scientific Symposium Award gave 15-minute oral presentations to their peers at the NICBR Scientific Symposium on May 5. NCI at Frederick researcher Balamurugan Kuppusamy was one of three winners at this symposium for his presentation titled, “C/EBPdelta links hypoxia and inflammation to the promotion of cancer stem cell characteristics and is a target for HDAC inhibitors.”

Although the NICBR Collaborative Project Award Program was not a part of the SRF itself, it was announced just before the festival to encourage “people to use the SRF to find partners for collaborations,” according to Young, a CPA representative for the award program.

The project awards are meant to foster collaboration among the fellows, trainees, and other equivalent staff affiliated with NICBR partners and located at, or having a strong link to, activities at Fort Detrick. This year, labs were invited to apply because some NICBR partners do not have fellow positions within their organizations. Winners received up to $10,000 from each collaborating agency for each project. 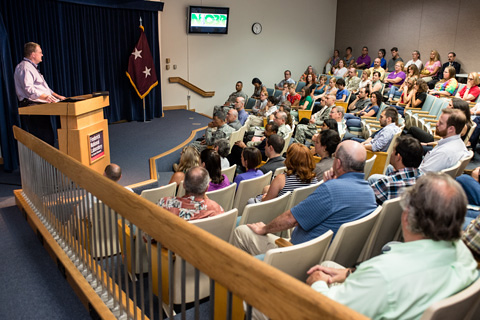 The 2014 winning projects are: