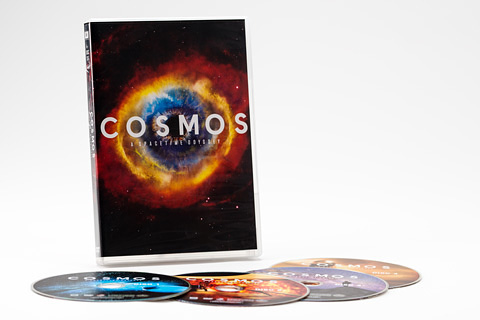 The series began on June 16 and continues through September 12. Each week, episodes of the acclaimed science documentary series “Cosmos: A Spacetime Odyssey” are being shown at both the Advanced Technology Research Facility and in Building 549. This 13-part series is a reboot of the 1980s series “Cosmos: A Personal Voyage,” created by Carl Sagan. The host for the 2014 series is Astrophysicist Neil deGrasse Tyson, who, along with executive producers Seth MacFarlane and Ann Druyan, co-creator of the original series with her husband, has created an entertaining and educational program.

“It takes you on an intriguing journey,” said Myla Spencer, research associate, Genomics Lab, Leidos Biomedical Research. “It is an enjoyable series because it integrates aspects from all of the different fields of science.” 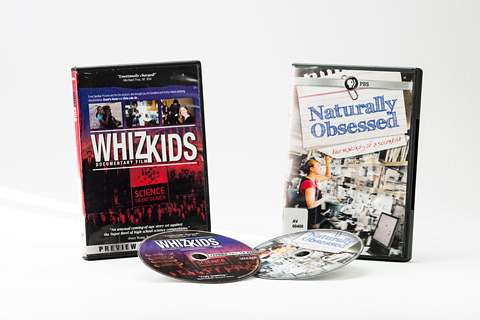 This series will be presented in two sessions. Each session begins with the viewing of a science documentary, followed by a brief discussion led by an NCI at Frederick scientist. Below is the schedule:

July 23, 12–1:30 p.m., Building 549, Conference Room A
Documentary: “Whiz Kids”
Discussion leader: Tommy Turbyville, Ph.D., scientist, Optical Microscopy and Analysis Laboratory, Leidos Biomedical Research
Film synopsis according to http://whizkidsmovie.com/press/epk.php: “‘Whiz Kids’ is a coming-of-age documentary that tells the story of three remarkably different yet equally passionate 17-year-old science students who vie to compete in the nation’s oldest, most prestigious science competition. Win or lose, these ‘whiz kids’ raise questions about class, courage, personal sacrifice, success and failure, and in the process, learn as much about themselves as they do about science.”

The Eighth Annual Student Science Jeopardy Tournament was held July 17 in the Building 549 auditorium. Nine teams of two students each competed in the traditional “Jeopardy” answer-and-question format. Check the Poster website in August for a full article on the outcome of the tournament.