A field of study that derives its name from the Latin root for “knowledge”—student interns had a shot at that clue for 200 points in the 10th annual Student Science Jeopardy Tournament, but their minds went blank.

Answer: What is Science?

Intern Evan Yamaguchi, who with Anuk Dayaprema comprised the winning Team G, said everyone overthought the question and laughed at the irony. It was all part of the annual competition for fun, prizes, and—more importantly—bragging rights.

Yamaguchi and Dayaprema claimed top bragging rights with their 53,400-point first-place finish. In second place with 1,200 points were Johann Miller and Aditya Yadav. Ethan Ebert-Zavos and Jinghan Sun, who ended up with zero points after going all in on the final round, finished third.

In the primary rounds, Yamaguchi impressed the audience with his knowledge of Food Science, and Ebert-Zavos surprised onlookers by flying through the Baby Animals category.

In honor of the 10th anniversary competition on July 20, each round included a category with clues from past years. Other categories included General Science, Uncommon Math, B in Biology, and Physiology.

Team G’s winning strategy was to “read the questions fast” and “trust each other to answer any question, and [not] get mad at the other if we happened to answer incorrectly,” said Yamaguchi. Additionally, he credited the 200-point clues with giving the competitors a gist of the categories, especially the ones containing wordplay.

This year’s judge panel included Howard Young, Ph.D., senior investigator, Laboratory of Experimental Immunology; Dina Sigano, Ph.D., Technical Laboratory Manager, Chemical Biology Laboratory; and James Cherry, Ph.D., Assistant Project Officer, Office of Scientific Operations. The judges were quick to catch when participants forgot to answer in the traditional ‘what is’ format. And while they claimed to be above bribes, Young did say he would accept chocolate.

During the breaks, participants and onlookers alike enjoyed a variety of refreshments provided by Young, Sigano, and Rita’s Italian Ice.

The Scientific Library staff was excited to celebrate 10 years of Jeopardy. The number of participants has more than doubled from the original eight students in 2007, and the technology has come a long way from the flag signaling devices and PowerPoint slideshow that once powered the tournament.

What hasn’t changed, though, is the preparation and dedication required of the Scientific Library staff to put on the event.

Robin Meckley, Public Services Librarian, Scientific Library, loves Student Jeopardy because “it is a great way to interact with the summer students [and] be involved in their internships.” Plus, she enjoys watching students become immersed in the game.

“The tournament was a great experience, and I would highly recommend spectating, if not competing, seeing as it’s a great social event in addition to an educational one,” said Yamaguchi. 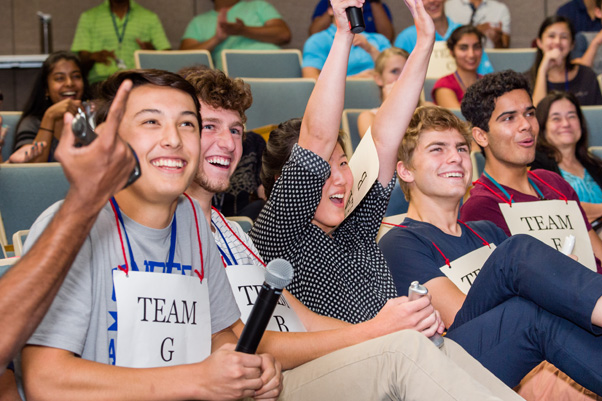 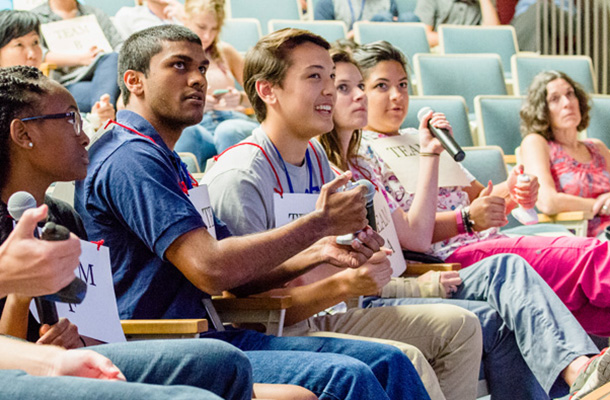 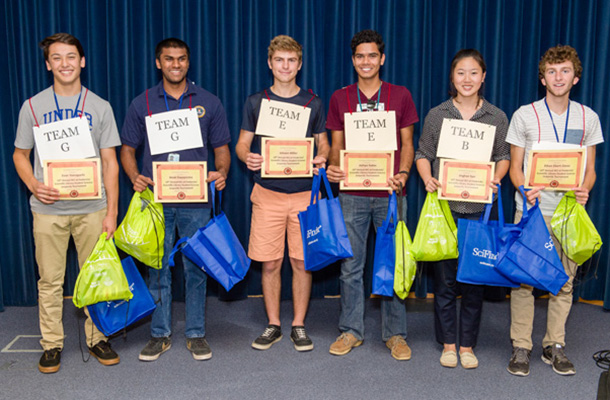