In September, around 300 attendees participated in the sixth annual Technology Showcase, a unique event that brings together entrepreneurs, pharmaceutical and biotechnology industry representatives, development organizations, and scientists. Some attended from their laptops while others donned their business suits and enjoyed Caribbean-style food as they networked and listened to the presentations in person at the Frederick National Laboratory’s Advanced Technology Research Facility (ATRF).

The annual showcase is designed to highlight technology licensing and partnering opportunities with the National Cancer Institute and FNL. It has historically been an in-person or a virtual event—but never both at once.

Putting on the event—which had 45 speakers, two sets of concurrently running panels, 10 technology posters, a lightning pitch session, and 10 exhibit tables—for both an in-person and virtual audience was a new challenge.

In fact, this was the largest hybrid event the FNL Conference Center had ever hosted, but attendees probably wouldn’t have realized that based on how smoothly it ran, both in person and online.

Jeff Skowronski, FNL Conference Center A/V technical specialist, who spent the day operating the control booth, said his main goal for the event was “to make the virtual attendees and virtual presenters feel like they were part of the meeting and not just viewing the event.”

As such, online attendees were able to watch all the presentations, pitches, and both concurrent panel sessions. There were even virtual sessions for some posters. The only things online attendees missed were the refreshments and in-person networking. The benefit of face-to-face networking was the main reason the planning team was determined to offer an in-person option for those who wanted it—and many did. In fact, nearly half the attendees participated in person, coming from as far as Philadelphia.

Skowronski attributed the success of the hybrid event to “the great detail put into the planning and the open communication between all teams involved, from the Tech Showcase planning committee to Conference Planning and the Conference Center, leading up to and on the day of the event.” In particular, he noted that the director’s notes, created by Michele Newton of the NCI Technology Transfer Office, were critical for tracking the event’s numerous moving parts.

“Our first hybrid version of the Technology Showcase required a great deal of planning and coordination,” said Newton, who led the planning meetings and overall event coordination. “The event co-sponsors began regularly meeting almost a year in advance to prepare a distinctive agenda that included compelling topics and engaging speakers that would draw our desired audience both in-person and around the globe.”

The event was primarily organized by the NCI Technology Transfer Center and the FNL Partnership Development Office with instrumental support from FNL’s Conference Planning team, Conference Center, and Public Affairs and Communications Office. In addition, co-sponsors from the Frederick County Office of Economic Development, the City of Frederick Department of Economic Development, the Federal Laboratory Consortium for Technology Transfer, and TEDCO helped with planning and promotion and provided the refreshments.

“The collective planning effort paid off for the audience with a positive, seamless event experience,” Newton said.

Watch the recording from the 2022 Technology Showcase: https://www.youtube.com/watch?v=TDSFRzkPkDk.

Victoria Brun is a partnership project manager in the Frederick National Laboratory Partnership Development Office, where she provides project management support across the office’s broad portfolio of collaborative projects. The Partnership Development Office establishes the partnerships and collaborations among Frederick National Laboratory scientists and external researchers in government, academia, industry, and the nonprofit research sector. 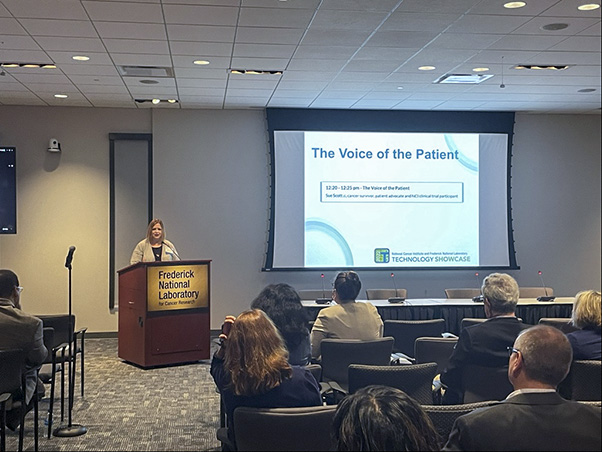 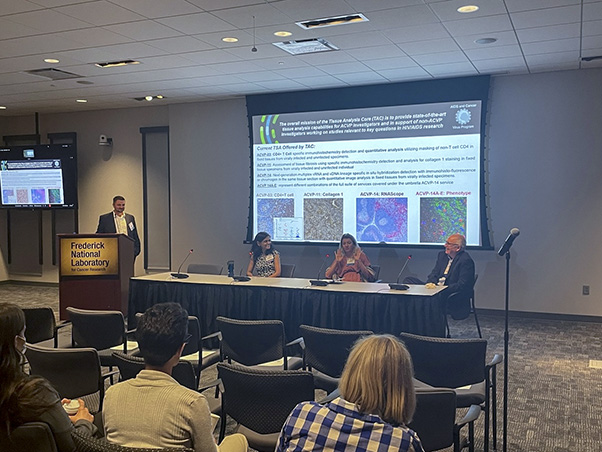 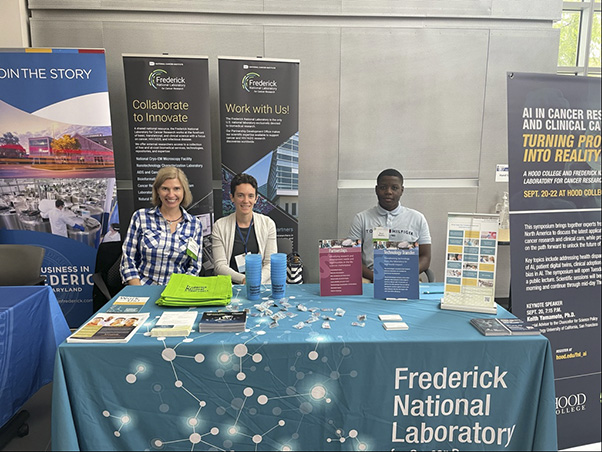