On December 2, Craig Reynolds, Ph.D., director, Office of Scientific Operations, and NCI associate director for Frederick, will put the finishing touches on a 37-year career with the National Cancer Institute.

Reynolds influenced the field of cancer research both as a scientist—his lab contributed significantly to the characterization of natural killer cells, among other research—and as a key administrator for NCI at Frederick, which saw its budget quadruple during his tenure. He has received numerous awards throughout his career, including the NIH Award of Merit in 2002 and 2015, the University of Iowa Roy J. and Lucille A. Carver College of Medicine Distinguished Alumnus Award, and the State of Maryland Governor’s Citation for Distinguished Service.

Reynolds became the director of the Office of Scientific Operations in 2002 and the NCI associate director for Frederick in 2005 and has worked tirelessly to enhance the reputation of NCI at Frederick by building an adaptable facility that gives people with great ideas a place in which to develop and test them. His focus has always been on creating the best possible work environment, whether that meant building the ATRF or supporting student intern programs and the Campus Improvement Committee.

David Heimbrook, Ph.D., laboratory director, Frederick National Laboratory for Cancer Research and president, Leidos Biomedical Research, Inc., said, “Craig has been head of the Office of Scientific Operations for as long as I’ve been here—but that’s probably true for many of us. He has certainly helped educate me on Frederick and NCI, and I’ve gained enormous respect for him. His loyalty to NCI at Frederick, both as a facility and as a community, has always been clear.”

For the Love of Science

Even at a young age, Reynolds showed an affinity for science.

“When I was very young, 10 or 11, in middle school or high school, I had a laboratory in the basement of my home,” Reynolds said. “I would get all sorts of chemicals and so on, whatever I could find, and I’d mix them together and do all sorts of bad things. My parents were happy to have me isolated down in the basement.”

Reynolds eventually turned to biology, which in 1970 took him to the University of Iowa. There, he earned a Bachelor’s degree in Zoology and a Ph.D. in Microbiology/Immunology. After completing his Ph.D., he joined the NCI at the main campus in Bethesda. He planned to move on to academia after a short time, but as he was about to leave his postdoc, a staff fellow position became available in Frederick.

At NCI at Frederick, Reynolds worked his way from Staff Fellow to Principal Investigator in just four years, and he went on to become head of the Natural Immunity Section and then head of the Cellular and Molecular Immunology Section. In 1988, he took a job as the grant program director and corporate liaison for the Biological Resources Branch, a position he held for 14 years before becoming the director of the Office of Scientific Operations.

Over the course of his career, Reynolds has seen all of the ups and downs of cancer research. There have consistently been cycles, he says, and the level of enthusiasm for research comes and goes. When new discoveries are made, people become excited, and a number of important advances are made. But there are long periods during which advances are slower, as well.

Asked what he sees in the future for cancer treatment, Reynolds highlighted the importance of so-called precision medicine, an approach that aims to characterize patients in great detail and treat their cancer individually, as opposed to categorically. Reynolds believes that, over the next five to 10 years, treatments will largely be targeted based on the characteristics of the tumor or the characteristics of the patient being treated.

On whether he has changed during his career, Reynolds says he thinks of himself as mostly the same. He came in with a great love for science and still has that same love, and he always enjoyed helping others. Julie Hartman, program analyst, Office of Scientific Operations, agreed.

“I was one of Dr. Reynolds’ first hires and was a college hire, at that. He has guided me throughout my employment at the NCI at Frederick as well as provided helpful advice on life,” she said. “Craig was an asset to the NCI and to me personally, as well. He will be greatly missed by many.”

Reynolds encourages people who love science to pursue their passion and to make it their career, noting that a lot of excitement and satisfaction can come out of research. “I know from my time in the laboratory, when we would be looking at the results coming out of some sort of experiment, we would actually be the first people in history to know something, and that’s a great feeling,” Reynolds said. But he also offers some advice for prospective scientists: Research is very difficult, so you must be prepared and committed.

A sense of humor doesn’t hurt, either. Robin Winkler-Pickett, who has known Reynolds for more than 30 years, said he is always one to joke and tease, and his humor helped balance the serious and challenging nature of the work environment. Winkler-Pickett also noted that Reynolds was “an amazing host” to the many international postdocs and visiting scientists at NCI at Frederick, often hosting them at his house on Thanksgiving and Christmas.

Reynolds won’t have trouble staying busy in retirement—he and his wife are building a new house in Frederick, and he is already preparing for the move. He also plans to spend time with his family, travel, play more golf, and, most importantly, sleep late.

There may be some unexpected breakfast plans, as well.

Howard Young, Ph.D., deputy chief, Laboratory of Experimental Immunology, and principal investigator and head, Cellular and Molecular Immunology Section, said, “For probably 20 years, I have had an early Wednesday morning breakfast with Craig. While others have come and gone, the one constant was that Craig would be at the cafeteria by about 7:20 a.m. and he’d order his bagel with egg, cheese, and bacon. Given that this is now ending, I will probably have to go to his new home, knock on his door on Wednesdays, and wake him up for breakfast.”

Everyone is invited to attend the retirement “partee” for Reynolds on Thursday, December 1 from 1–3 p.m. in the Building 549 café. 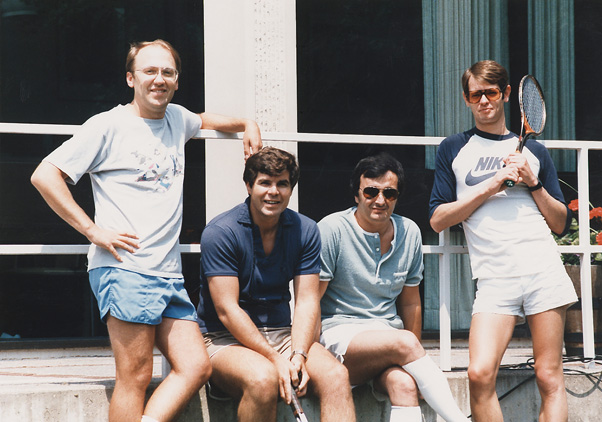 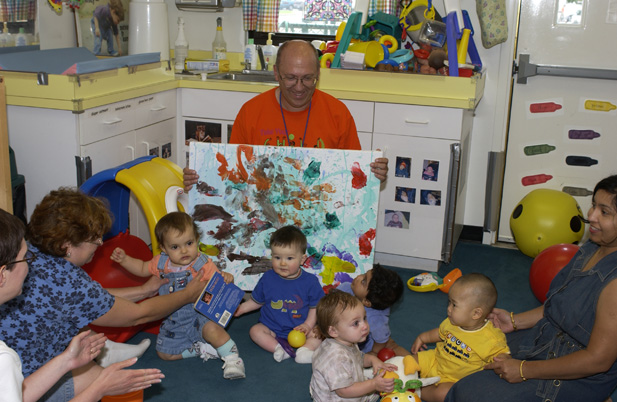 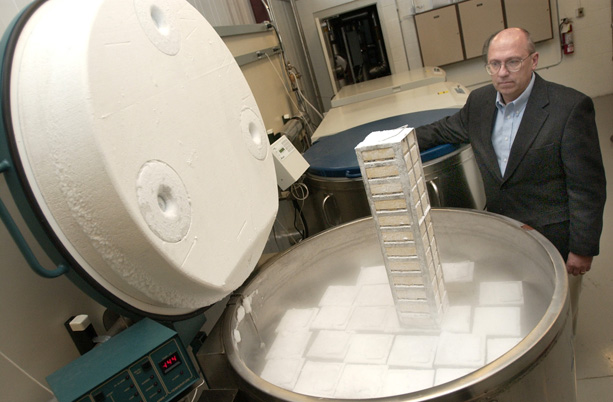 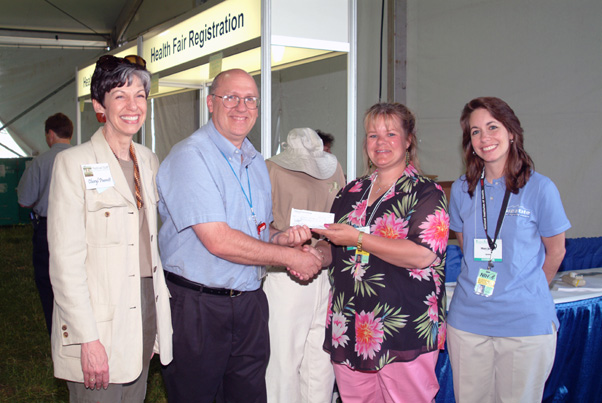 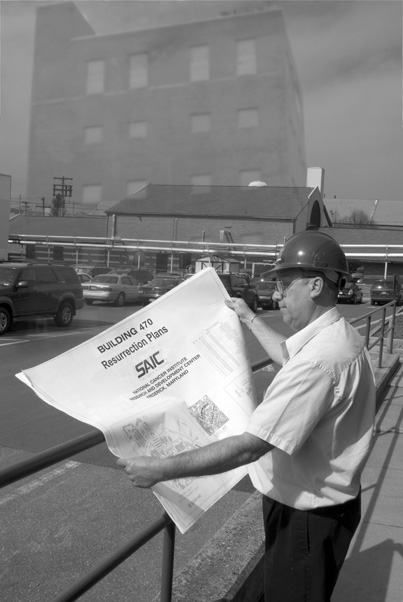 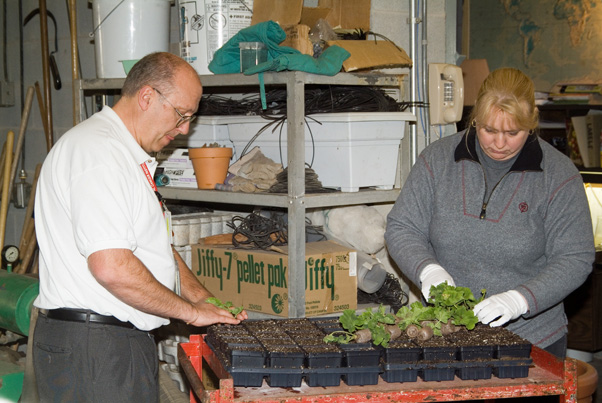 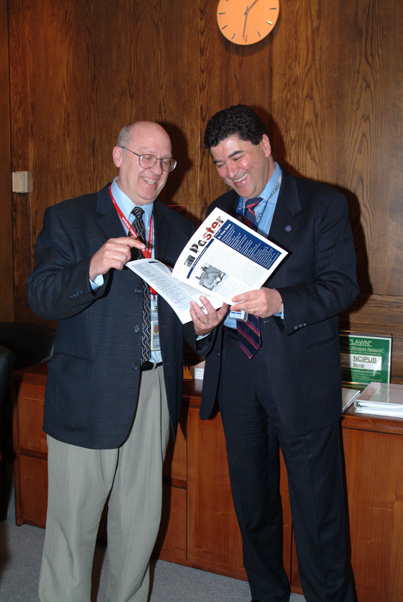 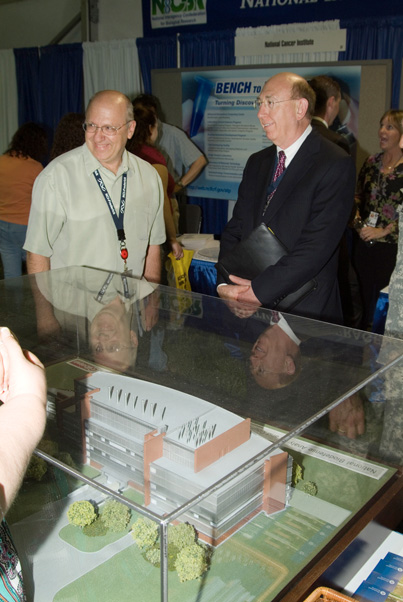 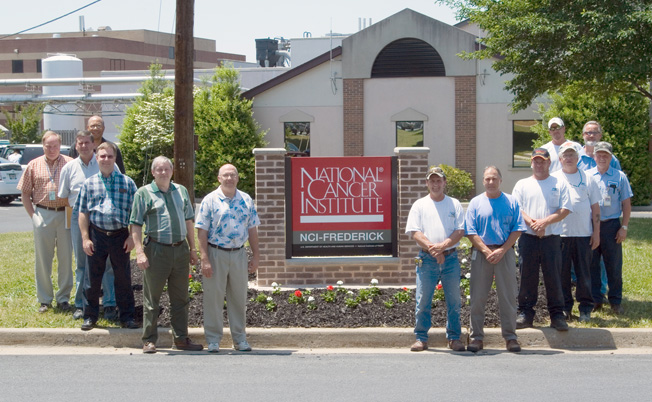 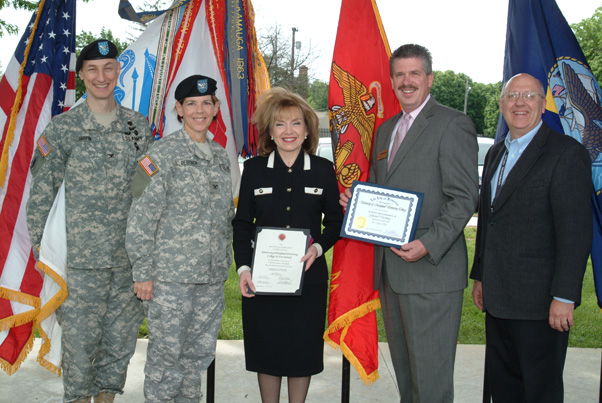 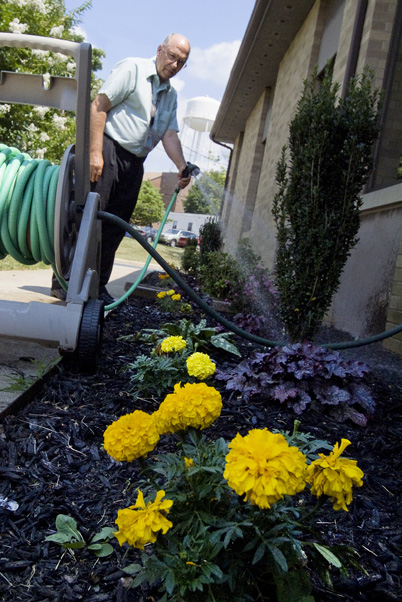 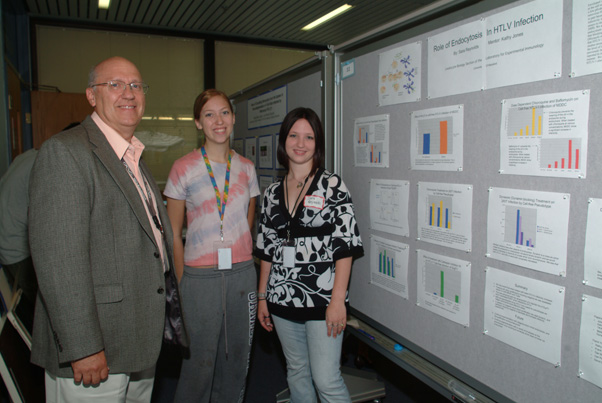 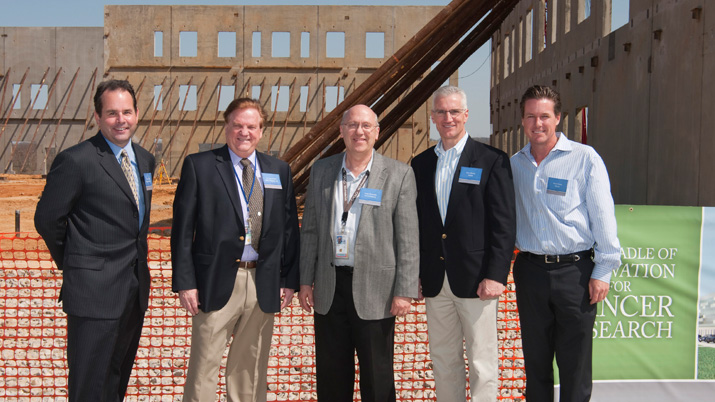 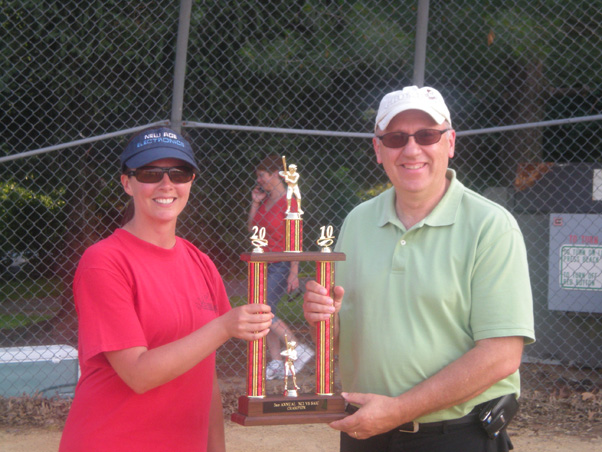 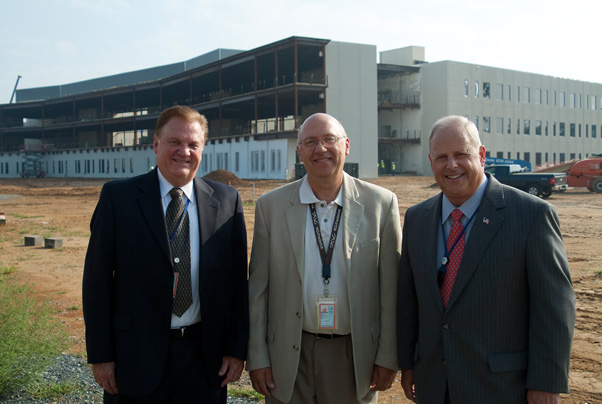 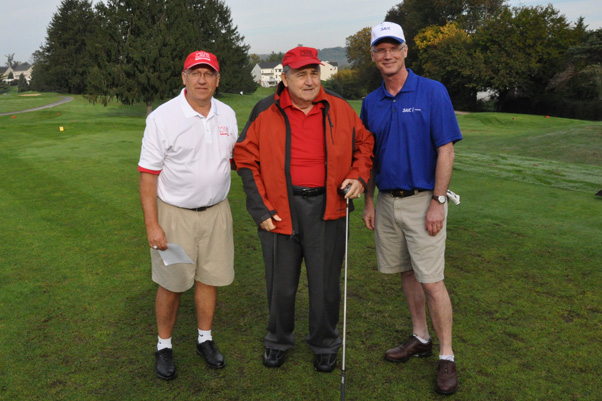 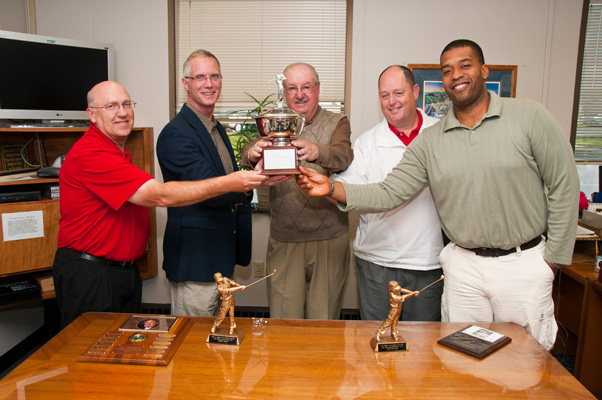 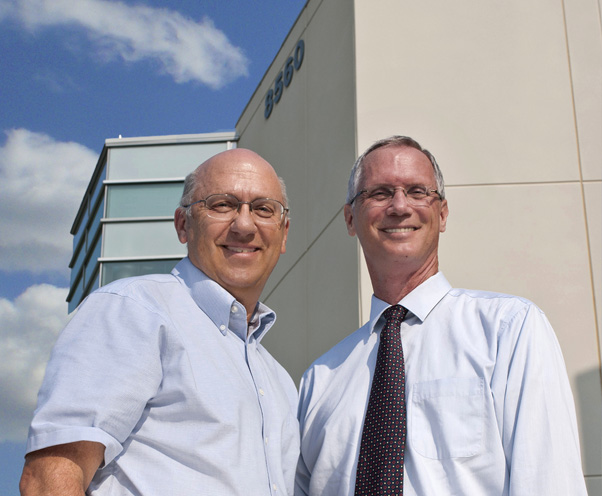 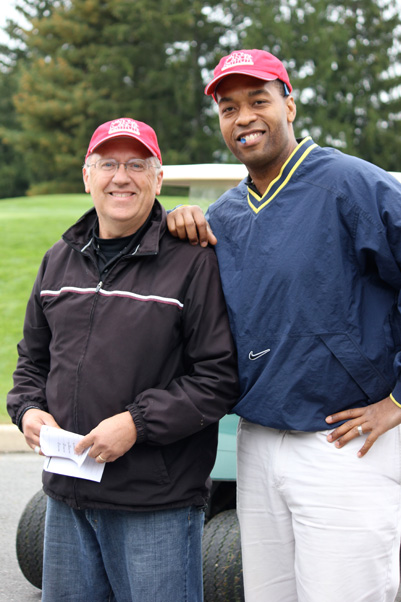 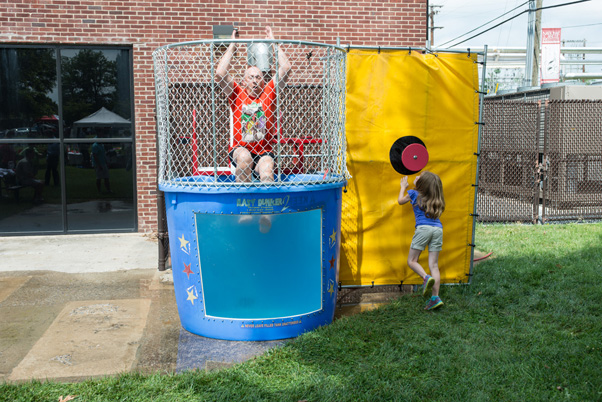 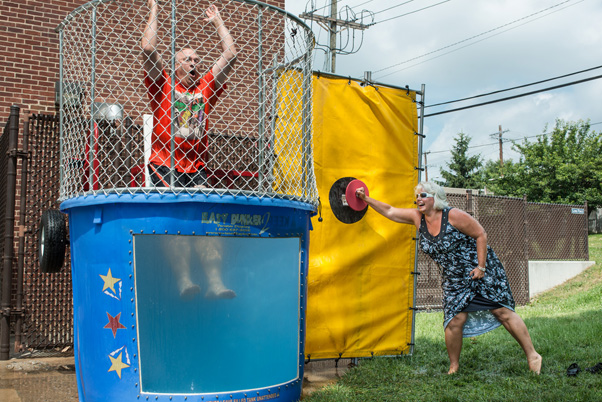 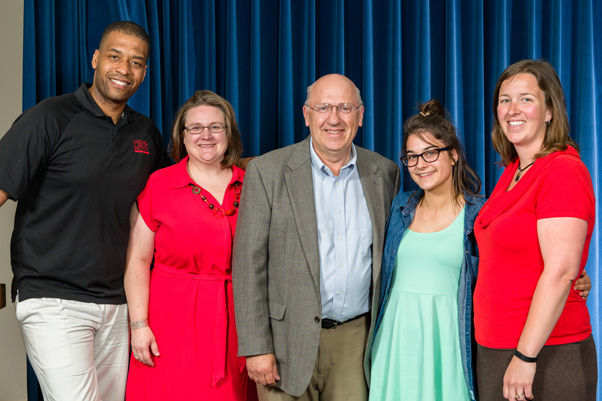 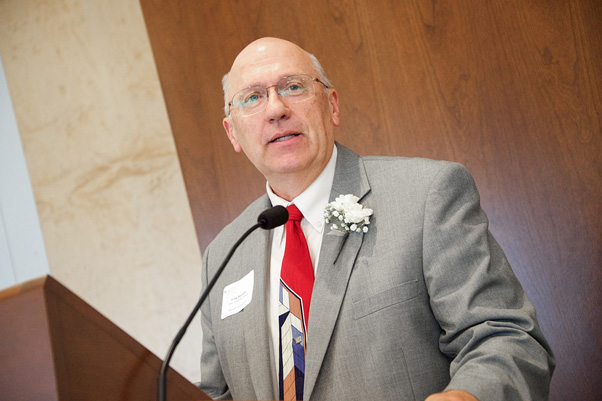 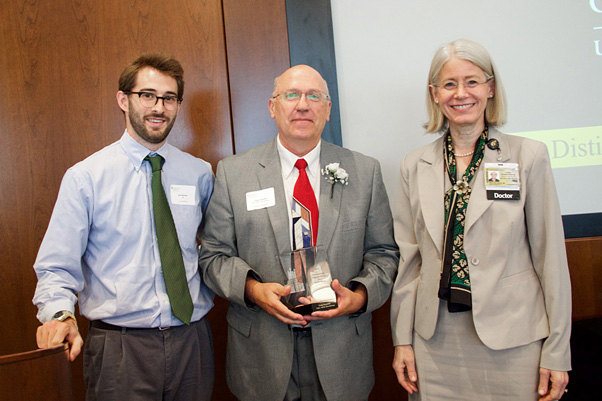 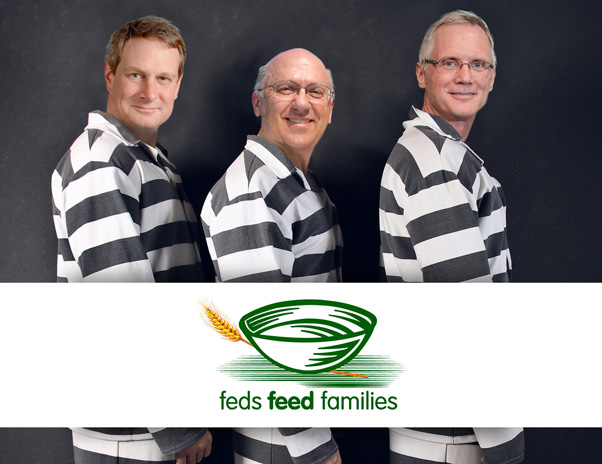