Echoes from the Past: Frederick’s Flagship Immunotherapy Program, Part 3

Sarah Hooper was hard at work in the intensive care unit at Frederick Memorial Hospital. The young nurse had joined the hospital staff in 1981—her first nursing position—and was spending her days monitoring, caring for, and helping patients in critical condition.

All around her, they were struggling with respiratory problems, cardiac issues, and infections. But four beds were special. They were reserved for cancer patients participating in the Biological Response Modifiers Program (BRMP)—patients who normally would have resided in the BRMP inpatient clinic on the hospital’s second floor. When these people developed severe side effects while undergoing an experimental treatment in the BRMP, staff moved them down to the ICU to recover.

“We would monitor them for their electrolytes and their intake and output and try to give them things to minimize their symptoms and just to monitor their vitals very closely,” said Hooper, who remained an ICU nurse throughout the 1980s. (She is now manager of Occupational Health Services at Frederick National Laboratory.)

The patients were returned to the inpatient unit once their conditions improved and symptoms subsided, sometimes days or weeks later. It was physically and emotionally demanding for them and the ICU staff.

“You tried to be upbeat. You tried to be kind and compassionate and not make any of them feel embarrassed. Tried to be nonjudgmental. Frequently, they would say, ‘I’m so sorry,’ but there wasn’t anything they could do to control some of the symptoms,” Hooper said.

Admissions to the ICU reflected the BRMP’s innovative nature. Its clinical studies were often the first or among the first to assess biological agents as immunotherapy, a way to direct the immune system to attack tumors. Unexplored territory required preparedness. Scientists thoroughly studied the biologicals in laboratory tests and animals beforehand, but that didn’t always predict the side effects in humans. Researchers were then not able to fine-tune their patients’ immune systems. The available agents weren’t as refined as those in use today.

“This whole idea of biologics involved in therapy was brand new at the time,” said Howard Young, Ph.D., a senior investigator at NCI at Frederick whose career began with studying interleukins and interferons at the BRMP.

It was a potent and collaborative combination of laboratory and clinical science that gave scientists and doctors opportunity to explore an expanding portfolio of therapeutic agents.

Joost Oppenheim, M.D., was recruited to the BRMP from the National Dental Institute in 1983. His laboratory advanced their research on interleukin-1, which they had been performing at the dental institute, but shifted their focus from oral immunology to cancer. Young was initially hired for a one-year, temporary position to study interleukin-1, too. He soon transitioned to another immune-modifying compound, interferon gamma, and secured a permanent position. Later, Young partnered with Robert Wiltrout, Ph.D., and John Ortaldo, Ph.D., a cellular immunologist in the BRMP, to investigate flavone acetic acid, a semi-synthetic molecule derived from a molecule found in plants.

“People really complemented each other with their technologies,” Young said.

These were just a handful of the compounds the BRMP studied. Eventually, ones that were safe and effective in animal studies moved to testing in patients as part of clinical trials.

The BRMP also built a clinical partnership with the NCI. In December 1985, its staff treated the first patient with a lymphokine-activated killer cell therapy developed by Steven Rosenberg, M.D., Ph.D., a prominent NCI scientist. The program’s Clinical Immunology Service, established under Beth Crisp (Baseler) earlier that year, began producing the cells for the trial. The process required bathing normal killer cells in interleukin-2 to propel them to combat aggressive toward tumors. Meanwhile, the Clinical Monitoring Laboratory, led by Crisp’s eventual husband, Michael Baseler, Ph.D., was monitoring patients in the trial. (The Baselers both now lead different directorates at the Frederick National Laboratory.)

‘A New Era in Cancer Treatment’

BRMP staff continued to publish their findings as time passed. Unfortunately, many of the biologicals lacked sufficient efficacy in humans to warrant further trials.

MVE-2, one of the first compounds scientists hoped to study, failed. It caused reversible kidney damage in patients but had only a modest effect on tumors. Another compound, a type of interleukin, caused serious complications in some patients, putting them in the ICU.

“Not only [were there] gastrointestinal complications, but their skin would be as if they had a sunburn,” Hooper recalled of her time working at the hospital. “It was quality-of-life-altering.”

Flavone acetic acid given together with interleukin-2 cured tumors in mice but not in humans. Interleukin-1, despite intriguing laboratory findings, caused minor tumor shrinkage in only 11 percent of patients and had too many side effects to be given at higher doses.

“Trying interleukin-1 was premature and, in retrospect, ridiculous,” Oppenheim said. “But I think that it was important to try.”

Trying was the crux of the BRMP’s ethos: try to help patients who had run out of options and try to push the frontier of treatment and cancer science. In many ways, it did.

“The failure taught everybody a lot,” Oppenheim said.

The program had its share of successes too. Some patients’ cancers went into remission. These people would later return to the clinic—not as patients, but as visitors to thank the staff.

Among the triumphs, the BRMP showed that interferon alpha, despite underwhelming results in many cancers, was highly effective against hairy cell leukemia, a rare blood cancer, where upwards of 85% of patients benefited. The biological later became a much-needed treatment for this leukemia and remained a first-line therapy for years. It also worked against low-grade lymphoma, chronic myelogenous leukemia, and Kaposi sarcoma.

Thymosin, another of the first agents, seemed like a failure at first. It was safe in a preliminary trial but caused partial remission in only three of 125 patients. However, the initial studies in the BRMP laid the foundation for later trials and studies elsewhere. Thymosin is still being studied, and it has since been shown to trigger the immune system to attack certain cancers when given as part of a combination regimen.

BRMP scientists Ron Steis, M.D., and Kenneth Foon, M.D., performed trailblazing studies on the actions and side effects of monoclonal antibodies, at the time a brand-new treatment. One of their studies even involved a partnership with Michael Hanna Jr., Ph.D., the former FCRF director who had transitioned to the biomedical industry. Today, certain monoclonal antibodies are among the most effective immunotherapies.

Rosenberg’s killer cell therapy carried several side effects but also worked against certain cancers. The project would later be set aside in favor of white blood cells called T cells, yet it offered important proof that immune system cells could be directly modified to attack tumors. The Washington Post stated that it wasn’t a cure for cancer but acknowledged that “a new era in cancer treatment may be at hand.”

A new era was indeed at hand. Lessons learned from those early efforts enabled scientists and doctors to use and combine biological agents while controlling their side effects. Slowly, immunotherapy at the BRMP and elsewhere made progress.

It was painstaking, but the biologicals renaissance had begun. 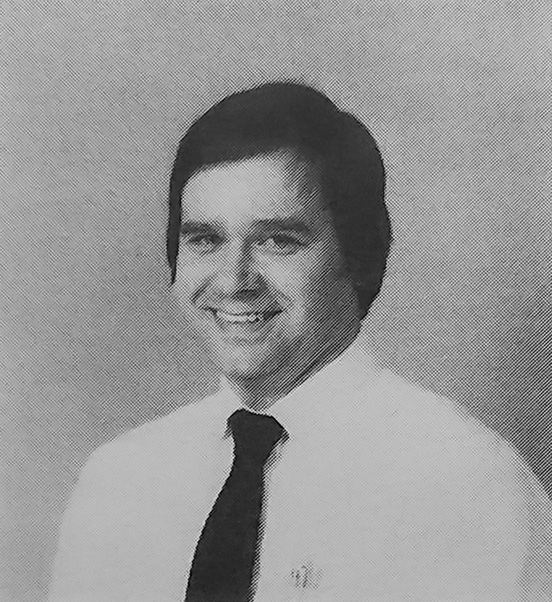