Echoes from the Past: Frederick’s Flagship Immunotherapy Program, Part 5

The Biological Response Modifiers Program (BRMP) in Frederick had visitors. A group of well-regarded scientific experts arrived in 1991 to tour some of its laboratories and spaces. Learning about the program was only part of their goal, however. They were there to evaluate it.

The group, members of the National Cancer Institute Division of Cancer Treatment Board of Scientific Counselors, were conducting a site visit of the BRMP Clinical Research Branch. Their report aimed to help NCI determine whether and how the program could improve.

Their findings were mixed. While they acknowledged the program’s positive impact, they also noted multiple problems. Among them were “[clinical trials] that duplicated work at the NIH [National Institutes of Health] Clinical Center, difficulties involving biotechnology companies in collaborative research, problems obtaining materials, and little input from statisticians,” the Cancer Letter newsletter later retrospectively reported.

Of particular concern was the duplicative work. The BRMP’s and Clinical Center’s trials often unintentionally competed for the same patients. It’s unclear how the BRMP sought to address these concerns, but this particular point continued to loom over it.

NIH and NCI established an ad hoc working group—12 high-profile scientists—under the National Cancer Advisory Board (NCAB) to impartially handle NCI’s review. Among them were David Baltimore, Ph.D., the co-recipient of the 1975 Nobel Prize in Physiology or Medicine, and Judah Folkman, M.D., whose research on tumor blood vessels was pivotal to the field. Another Nobel laureate, J. Michael Bishop, M.D., co-led the group with Paul Calabresi, M.D., former NCAB chair.

The group began its rigorous task, interviewing or hearing presentations from dozens of scientists—chiefs, directors, and senior staff at NCI, FCRDC, and institutions across the U.S. Members conducted two site visits at FCRDC in 1995, including another evaluation of the BRMP Clinical Research Branch. That spring, the group submitted its 45-page report, which has since become known as “the Bishop-Calabresi Report,” to NCAB.

The report said FCRDC had “great potential as a core facility for all of NIH” and that all levels of research were “represented by excellent programs,” especially the successor to the Basic Research Program. However, the group also felt that FCRDC’s components “[did] not comprise a coherent whole” and could be better integrated with NCI’s Intramural Research Program.

Specific attention was given to the BRMP. The group said the program had “thrived at Frederick” and was “self-contained” but that “its relatively remote location … deprives the [Intramural Research Program] mainstream of what could be a strong positive influence on the tenor and quality of clinical and translational research.” People close to the committee also indicated that the duplication between the BRMP and the Clinical Center remained a concern.

Among its numerous recommendations, the group advised turning FCRDC into a core facility for NIH and moving the BRMP to the NIH Clinical Center in Bethesda. In short, the BRMP was successful yet not sufficiently integrated with Bethesda, and Bethesda would benefit from its presence.

NCI began dismantling the BRMP in October 1995, shifting its pieces from under the Division of Cancer Treatment to other divisions. The following May, NCI Director Rick Klausner, M.D., closed the Clinical Research Branch and BRMP clinic. NCAB gave its unanimous approval once again.

The approximately 150 patients the BRMP saw each month were transferred to the NIH Clinical Center in Bethesda for continued treatment. NCI promised to cover patients’ travel costs. The five lead scientists in the branch were to relocate their trials to Bethesda that summer. More than 20 nurses and 50 support personnel were to be laid off. NCI and FCRDC offered short employment extensions while staff sought new jobs, and they helped transfer some of them to other posts. A subcontract with Frederick Memorial Hospital was terminated, although the hospital knew beforehand and had prepared for it.

Fifteen years after its creation, the BRMP ended.

The BRMP’s legacy is intricate: complicated but positive overall. The program did not discover dozens of new cancer treatments as, perhaps, some groups hoped at its inception. However, it found some effective agents and weeded out ineffective ones. It set the stage for later discoveries that optimized these therapies. That is science—and no small feat.

The program reached areas beyond its original aim, and its contributions are still felt today. For instance, it contributed to the growth in Frederick County’s public health and biotechnology sectors, part of a decades-long progression that has turned the region into the scientific hub it is today.

“The oncologists … in town were able to become more involved in clinical trials and all, and I think it’s just been part of their culture, and it has continued,” said Dave Bufter, former chief operating officer at the Frederick National Laboratory who, as a financial analyst earlier in his career, helped set up the BRMP.

Today, Frederick Health (the successor to Frederick Memorial Hospital) operates the James M. Stockman Cancer Institute, and its robust oncological program is a certified member of the MD Anderson Cancer Network. In some ways, the BRMP’s partnership decades ago helped put it on that trajectory.

The BRMP also trained a generation of young scientists who went on to influential careers in medicine and science. Ronald Herberman, M.D., Ph.D., briefly served as BRMP director in 1984 before leaving to found the University of Pittsburgh Cancer Institute. Dan Longo, M.D., the BRMP director from 1985–1995, later became the scientific director at the National Institute on Aging. He is now a Harvard professor and a deputy editor at the New England Journal of Medicine.

Other BRMP scientists followed the trend. Lynn Hartman, M.D., is associate director for education at the Mayo Clinic Cancer Center. Larry Kwak, M.D., Ph.D., is vice president and deputy director of City of Hope Comprehensive Cancer Center and was named one of TIME magazine’s 100 Most Influential People in 2010.

They’re just some of the many outstanding former employees.

Several distinguished BRMP alumni have continued their scholarship in Frederick. Among them are current members of NCI’s Laboratory of Cancer Immunometabolism, including Ji Ming Wang, M.D., Ph.D, and Scott Durum, Ph.D.

BRMP scientist Joost Oppenheim, M.D., also remained at Frederick, where he has since founded the immunological subfield of chemokines. He is the founding father of the International Cytokine Society and was its first president. Notably, Durum served as the society’s president in 2000.

Howard Young, Ph.D., has become an authority on interferon gamma and is a prominent mentor. He co-founded NCI at Frederick’s internship program, which trained and produced independent scientists and physicians; the Summer Student Seminar Series; the Summer Student Poster Day; and the Frederick Spring Research Festival. He also served as president of the International Society for Interferon and Cytokine Research from 2004–2005.

BRMP scientist Robert Wiltrout, Ph.D., eventually became the director of NCI’s Center for Cancer Research. Craig Reynolds, Ph.D., became associate director of NCI at Frederick, the top government leadership position at the facility, holding it for more than a decade.

The BRMP’s legacy is evident through the programs that these individuals fostered. ADRD grew out of former BRMP components. Today, its research on AIDS, viruses and serology, preclinical optimization, and drug development propels science in this field. The Biopharmaceutical Development Program is the spiritual successor to the old Fermentation Laboratory that produced biologicals for BRMP trials. The modern program has manufactured many high-impact agents.

CRD and CMRPD are direct descendants of the BRMP. Their work reaches far, facilitating clinical trials on cancer, HIV, Ebola, SARS-CoV-2, and other diseases. They have helped thousands of patients and doctors around the globe.

Perhaps most of all, the BRMP helped to show that immunotherapy is a legitimate cancer treatment. It can’t claim sole credit, but it was one of the first programs to help define a nascent field—a true flagship.

Immunotherapy has become the fourth major class of cancer therapy, taking a place alongside chemotherapy, radiation therapy, and surgery. Today, one cannot turn on the television without seeing commercials for drugs like Opdivo, Keytruda, and Yervoy—all cancer immunotherapies.

It’s impossible to say whether Mathilde and Arthur Krim envisioned this when they hosted their “interferon party” in the late 1970s in Manhattan, or when Mathilde and Mary Lasker lobbied Congress for a federal biologicals initiative. Certainly, they must have hoped for it.

Either way, the excitement over interferons—one group of compounds—led to a program in Frederick that helped to set in motion people, programs, and new treatments that changed countless lives.

Read the rest of the miniseries in our archive. 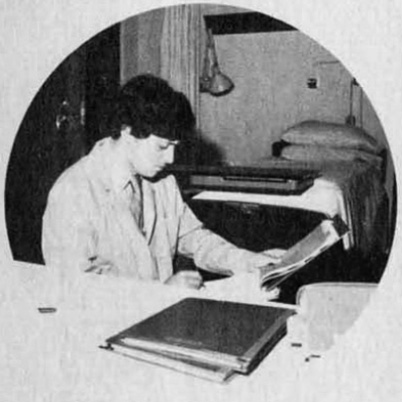 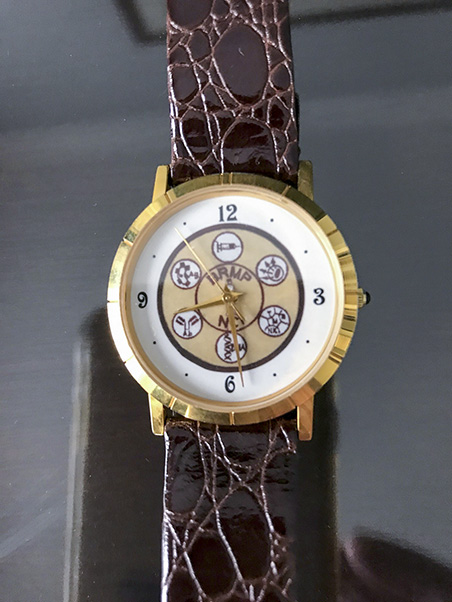