Echoes from the Past: Negotiations Lead to Critical Land Transfer

Editor’s note: This is an installment of a series about the history of the National Cancer Institute at Frederick and the Frederick National Laboratory for Cancer Research.

The bureaucracy of Fort Detrick had transitioned from death to life.

So said the Washington Post in October 1971, when President Richard M. Nixon converted the Army base’s old biowarfare laboratories into a center for life-saving cancer research.

Many observers agreed it was an ambitious, hopeful vision. But what they didn’t know is that representatives from the Department of Defense and the Department of Health, Education, and Welfare (HEW) had been working on the transition for months.

At the time, the laboratories at Fort Detrick were being decommissioned piecemeal in accord with an earlier mandate to halt biowarfare research. The vacant buildings represented an opportunity that HEW officials had been considering well before Nixon announced the establishment of the Frederick Cancer Research Center.

Rather than let the laboratories go to waste, HEW (now Health and Human Services) sought to gain custody of the facility for its own scientists’ research. Months ahead of Nixon’s announcement, Deputy Secretary of Defense David Packard (of Hewlett-Packard fame) even notified the White House that Defense was negotiating with HEW and would transition the facility with as little disruption as possible.

The presidential announcement provided the momentum to begin the project in earnest. With it, a corner of Fort Detrick was on its way to becoming the facility now known as the National Cancer Institute (NCI) Campus at Frederick.

NCI wasted no time getting started. Just four days after the announcement, NCI Scientific Director for Etiology Frank Rauscher Jr., Ph.D., sent Army officials a comprehensive memo outlining NCI’s desired buildings and utility arrangements. The document suggested the Army would continue to operate the sewage decontamination facility and the boiler plant, while NCI or a contractor would operate the machine shops jointly with Army staff.

Rauscher and his colleagues classified the buildings into five categories, ranging from those required immediately to those that could be razed. Among their most desired were Building 560, the large brick structure along Chandler Street; Building 426, the home to the Technical Information Center and library in 1971; and the animal farm and corral. Buildings 427 and 428, now NCI’s headquarters on campus, were originally slated to be holding facilities for lab animals.

Negotiations continued through the fall of 1971 as the parties began preparing for the change. Col. Herman Wienecke, a senior officer at Fort Detrick, guaranteed that the Army would provide utilities.

Meanwhile, NCI agreed to share the Technical Information Center with all agencies at Fort Detrick and offered to reimburse the Army for the useful scientific equipment it would inherit from the old laboratories. Several staff also pushed for the removal of the interior fence that separated these laboratories from the rest of the Army base. The cancer research center, they said, should be accessible to all.

On the campus itself, the Army’s Biological Defense Research Laboratory still occupied Building 560 and hadn’t yet concluded operations. The Army estimated that it could be relocated to Buildings 467, 468, and 469 (the three that comprise modern-day 469) by the following June, but that was a month later than NCI’s original timeline.

Even so, the planning rolled on into the spring of 1972. NCI and Army officials began discussing the terms of a temporary permit that would allow NCI to occupy the buildings. The agreement was to be valid for up to five years.

The particulars of that agreement, however, took more work. In March, the Army proposed that NCI would control the buildings while the Army would retain ownership of the land itself. Negotiations continued through the spring. One official even hand-drew suggestions on a map of the installation and had it delivered to the others involved in the discussions.

While these conversations played out, NCI and the Army executed a five-year permit that allowed the cancer institute to occupy 80 acres, 63 buildings, and all associated improvements on the old biowarfare facility. Signed on May 18, 1972, the document required NCI to pay for utilities and included a clause that allowed the secretary of the Army to revoke NCI’s tenancy at will, which was a common term in such agreements.

The timing was perfect. The following month, NCI selected Litton Bionetics, Inc., as its contractor to operate the Frederick Cancer Research Center. The first 15 employees arrived for work on June 26. Building 560 was vacant and waiting for them, its interior disinfected with formaldehyde, a commonly used disinfectant at the time.

The staff set about getting the scientific operation on its feet. Maintenance and trades employees were hired and began working alongside Army personnel in the shops, as proposed.

Officials continued to hammer out a final decision regarding ownership of the property. Orley Bourland Jr., NCI’s administrative director for etiology at Fort Detrick, joined by James G. Hawkes, head of the National Institutes of Health Space Management Section, liaised with Wienecke for months. The two sides traded buildings back and forth, adding and removing them from proposals well into the spring of 1973.

Finally, an agreement was reached. On June 14 of that year, Wienecke formally wrote to the Army to request that it transfer approximately 71 acres and 67 buildings, along with fences and appurtenances, but not overhead and underground utilities, to HEW.

Through patience and cooperation, the matter had been settled. The facility—both buildings and land—would belong to NCI.

Samuel Lopez leads the editorial team in Scientific Publications, Graphics & Media (SPGM). He writes for newsletters; informally serves as an institutional historian; and edits scientific manuscripts, corporate documentation, and a slew of other written media. SPGM is the creative services department and hub for editing, illustration, graphic design, formatting, multimedia, and training in these areas. 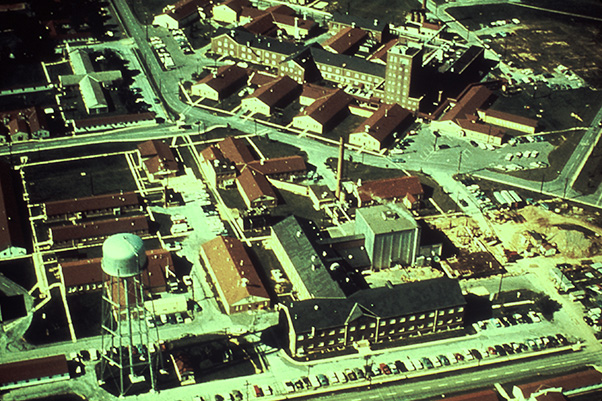 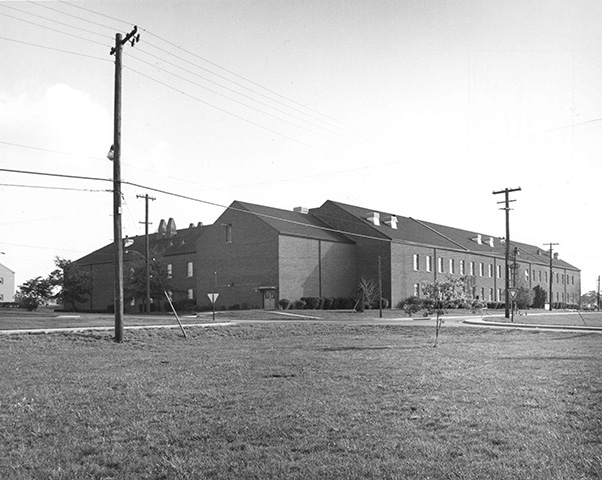 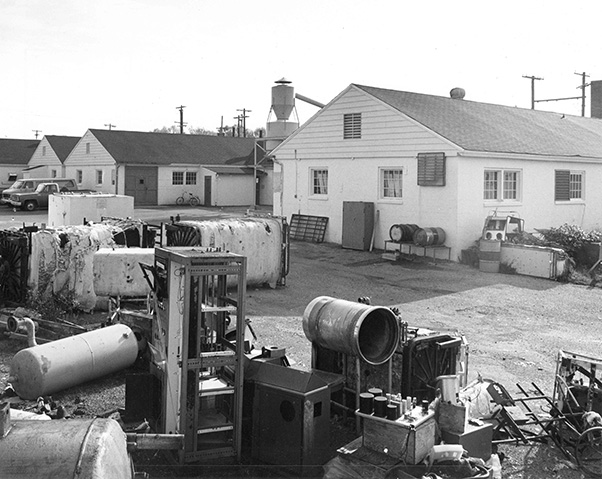 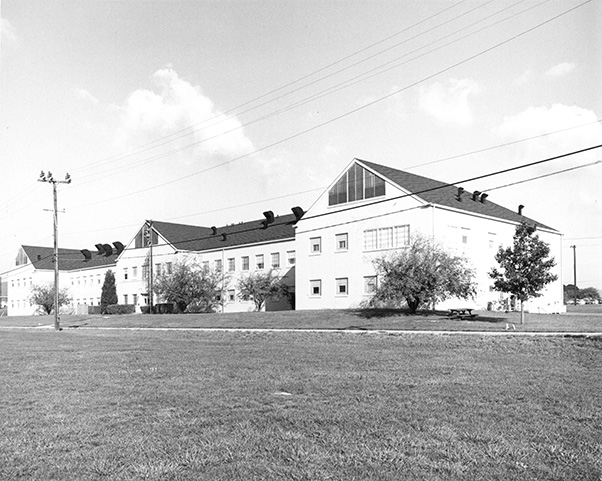 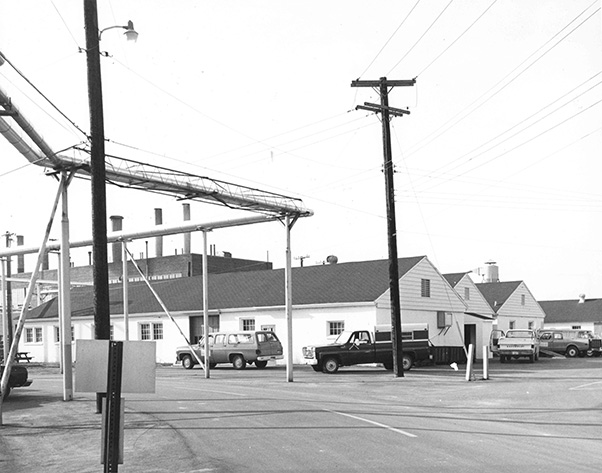