He marks the time by his first granddaughter’s birth—that’s when he first decided to donate more than whole blood.

A regular blood donation lasts between 10 and 12 minutes, and donors give about one pint of whole blood. Double-red cell donors give two pints of blood, which is why it’s called a “double-red cell” or “double-red” donation. A special machine called an apheresis draws out only the red blood cells and returns the plasma and platelets to the donor, Cable explained.

Double-red donations require about 30 minutes longer than the regular donations, Cable said. “This allows you to donate more in a single visit,” she added.

Whole blood donors often feel tired after a donation—after all, they’re leaving with one less pint of blood. Double-red donors, like Zecher, may not have the same fatigued feeling. Zecher said he would be able to go to work after a double-red donation if the donation occurred on a day he had to work. Typically, the blood drives are scheduled on his day off, but Zecher still returns to campus to donate.

The requirements for double-red donors are a bit different than those for regular blood donations, and vary by gender, according to the American Red Cross website. Healthy people aged 17 and older, who weigh at least 110 pounds, can donate during a regular blood drive, as long as they do not have a fever or communicable dis 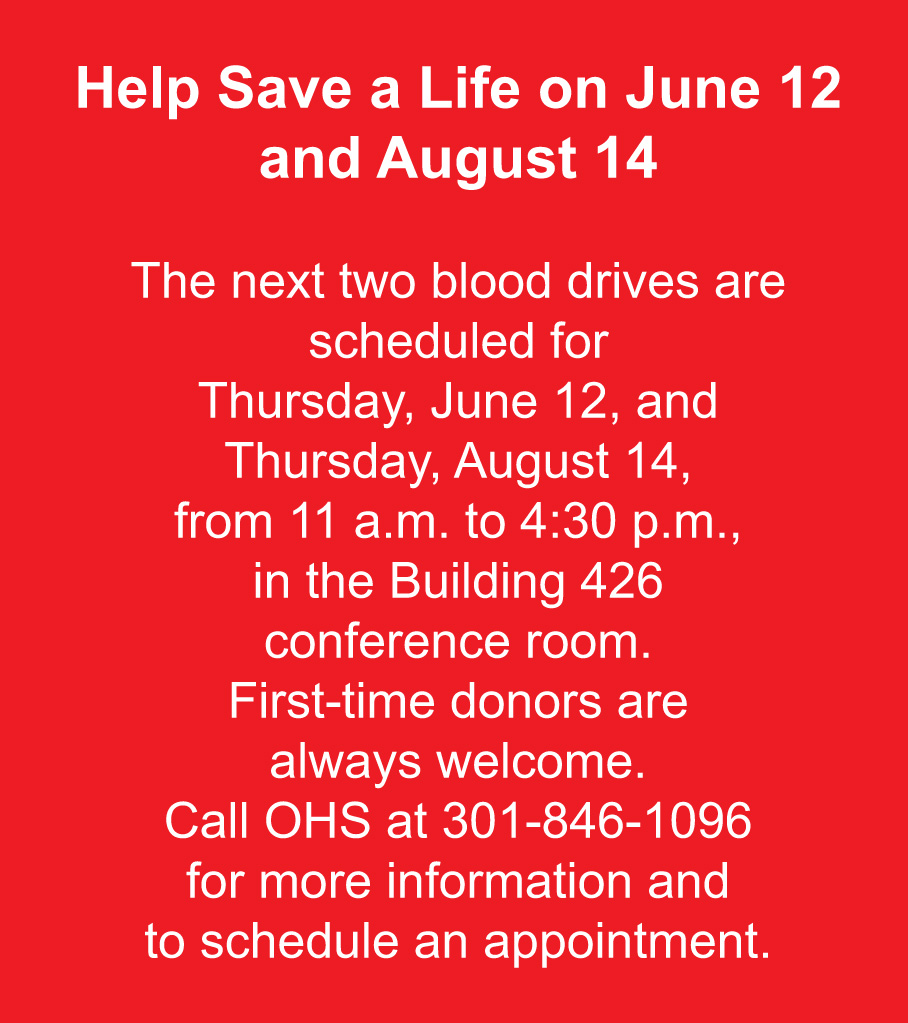 Also, double-red donors can only donate every 112 days, while regular donors can give blood every 56 to 60 days, Cable said.

Zecher said he has only noticed one slight difference between the two types of donations—the sensation. “I can literally feel it [the saline] going through my a

rms and my chest,” Zecher said. “I haven’t felt it go through my feet yet,” he added with a chuckle. “It will send a chill through you.”

But Zecher said it shouldn’t be a reason for anyone to not donate.

Other Ways You Can Help Save a Life

Those squeamish about needles or donating blood will find there are other ways to help save a life at NCI at Frederick. OHS offers first aid and CPR certification classes on the first and last Thursday of every month. The classes are open to everyone at NCI at Frederick, including students.

OHS staff teaches the classes, as they are all trained instructors. Only one first aid or CPR certification class is required to become certified in either life-saving skill.

“The classes are beneficial for everyone,” Cable said. “You never know when skills will be needed. The life you save could be a complete stranger or someone you love very much.”

To register for the first aid or CPR certification classes, or for information on donating blood, call OHS at 301-846-1096.