The final score was 15–7, with Leidos Biomed tying the series 4 to 4. Fourteen players on each team battled it out at Rattlewood golf course in Mount Airy, Md.

“After eight years and a 4–4 tie, this Defelice cup has been established as a serious competition and a fixed annual tradition,” said Denny Dougherty, assistant captain of the Leidos Biomed team and a retired senior subcontracts advisor at what was formerly SAIC-Frederick. Leidos Biomed President Dave Heimbrook, Ph.D., was the team captain.

“It was close after the morning matches, and while Leidos Biomed pulled away during the afternoon action, it was good-natured and entertaining throughout,” Heimbrook said.

“We look forward to next year’s match and bringing the cup back home, where it belongs,” Cherry said.

The tournament is named after Ronald H. Defelice, retired chief of the Management Operations and Support Branch, NCI at Frederick. 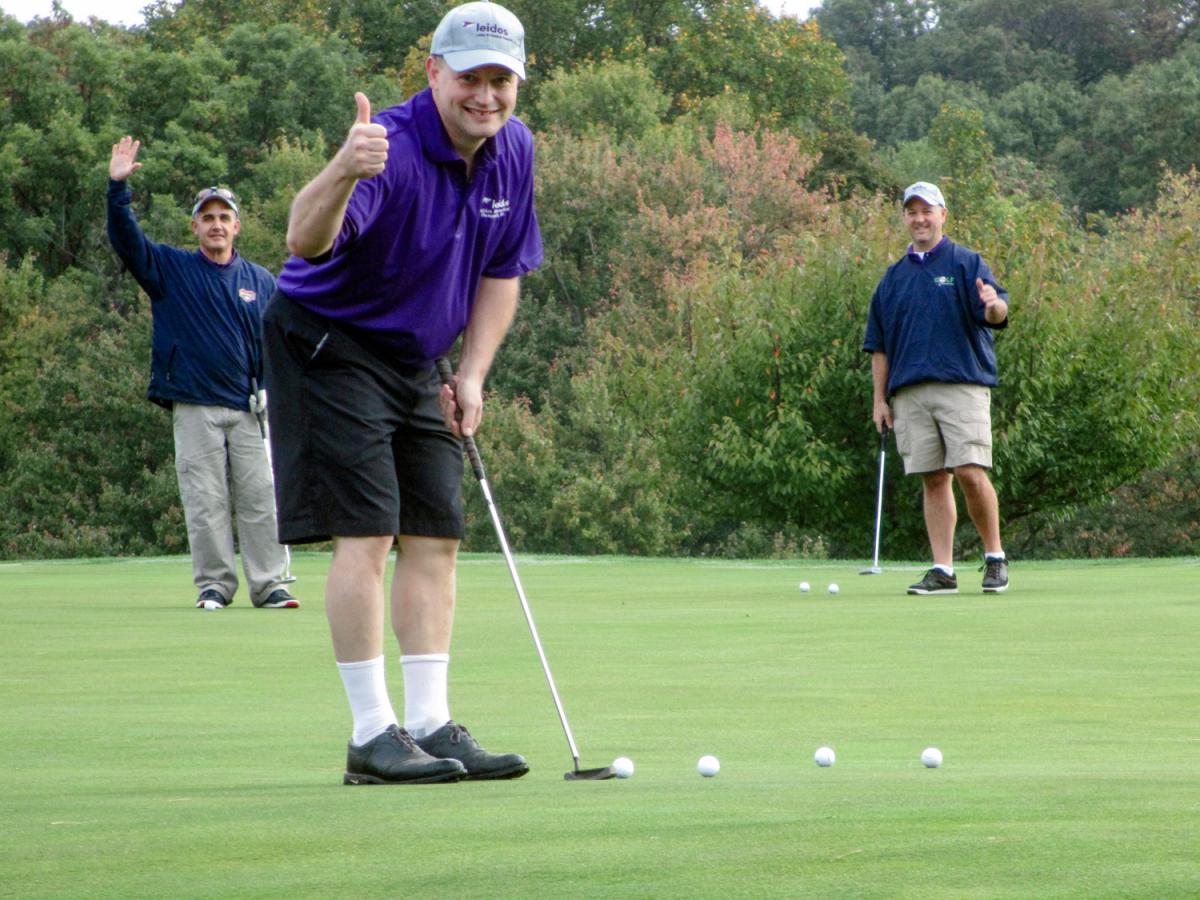 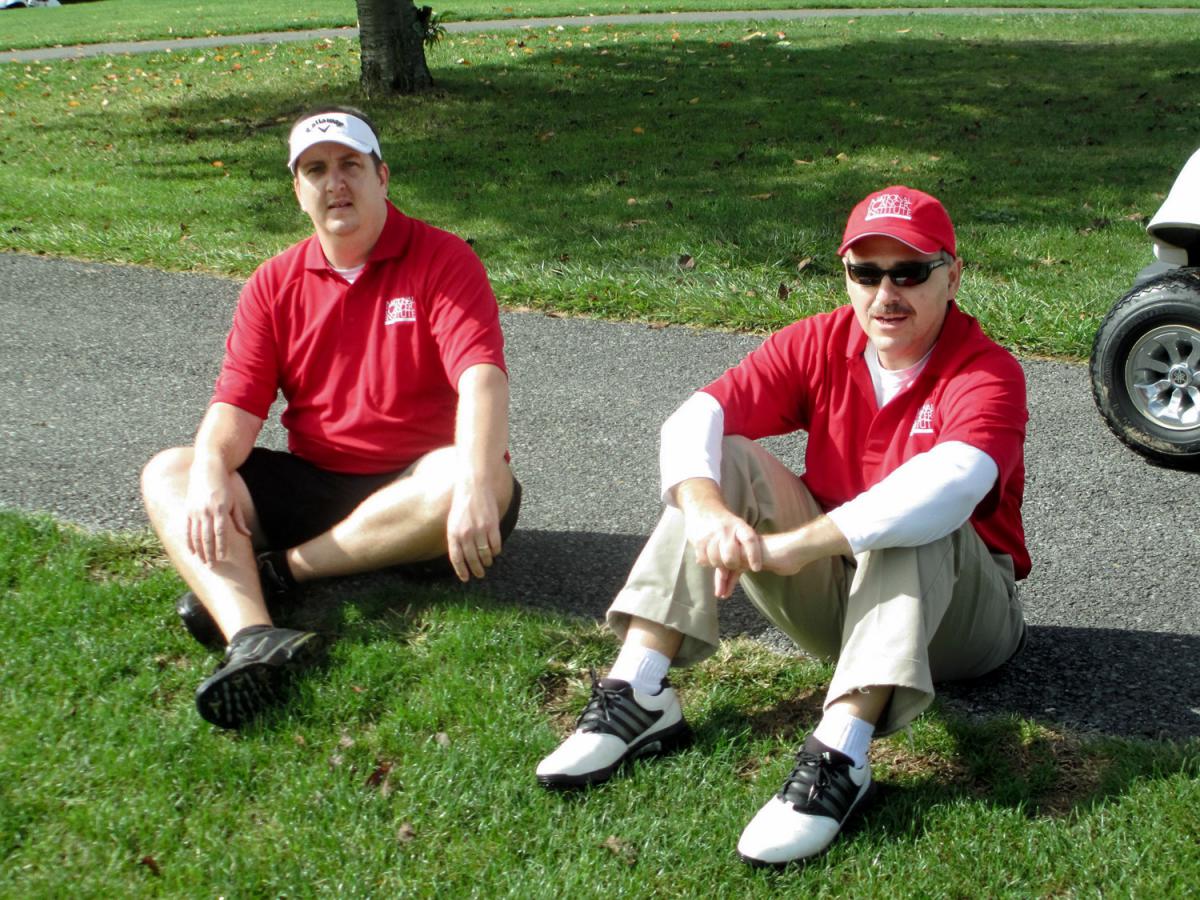 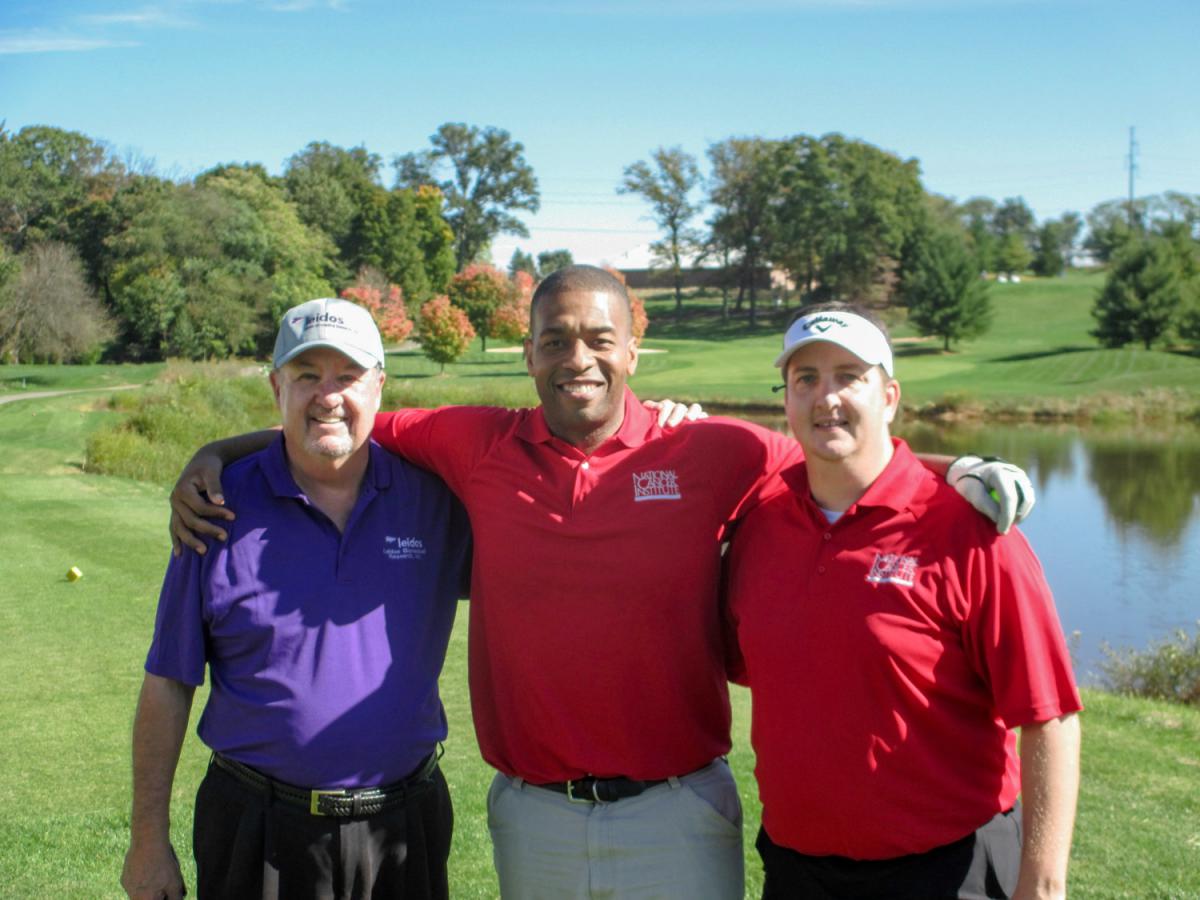 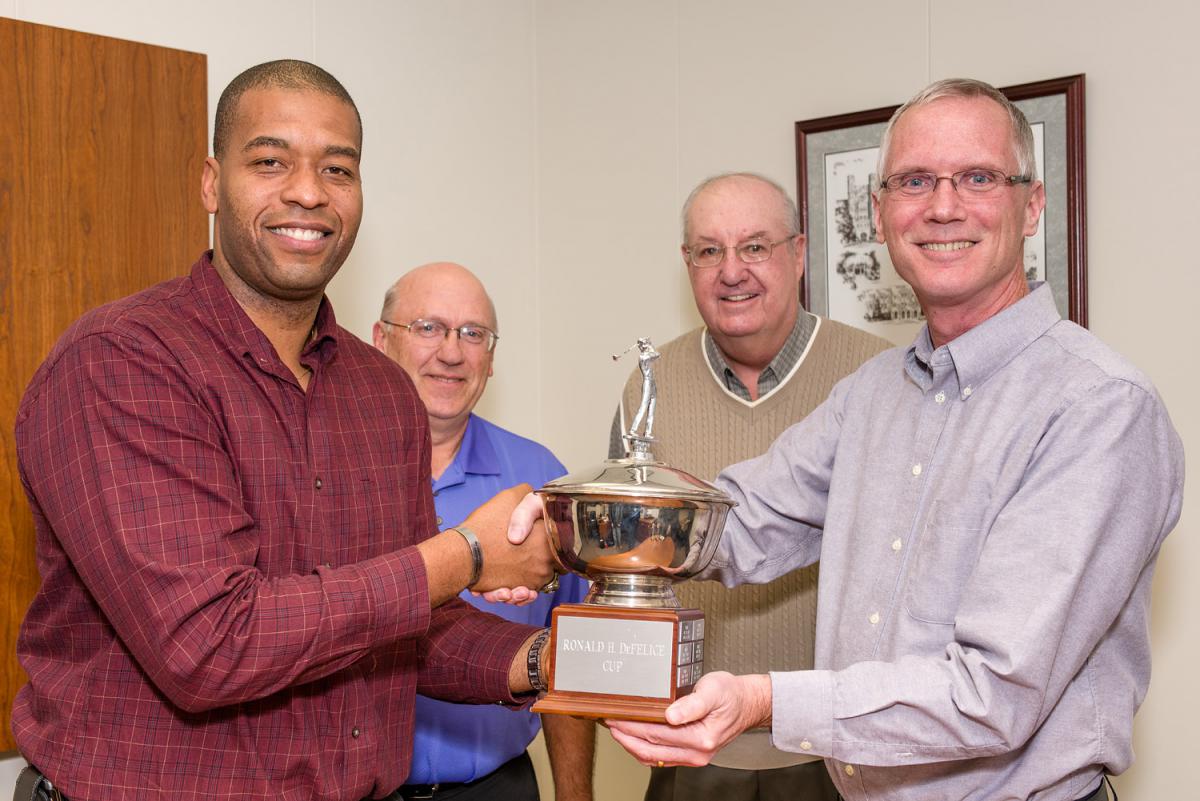 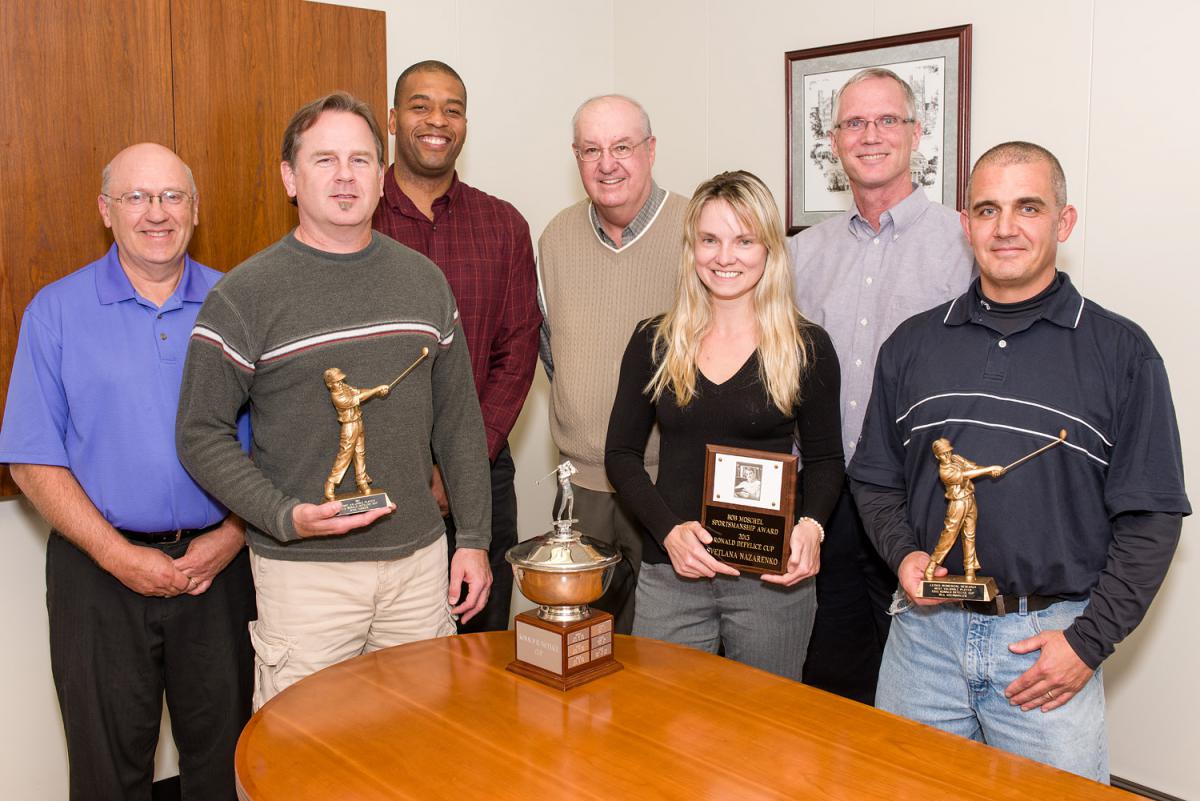