The ping of an aluminum bat off a ball or the thump of a pop-up fly ball caught in a glove are two sounds familiar to baseball fans. Slow-pitch softball sounds—like those in the August game between mixed teams of NCI and Leidos Biomedical Research (formerly SAIC-Frederick) players—are similar.

The game was the first time in two years that teams took the field to play. A previous game pitted NCI versus Leidos Biomed—and Leidos Biomed delivered a beating in runs over NCI. This time around Chris Ohler, a Leidos Biomed employee and coordinator for the softball game, mixed up players from both organizations to evenly spread the teams.

Ohler divvied up players onto four teams: Gray, Blue, White, and Red. Teams played for seven innings each (standard for slow-pitch softball). Two games were played at a time: Blue versus Red, and Gray versus White. Both Blue and Gray won their first games, and played each other in the second game, while Red and White played each other in the second round. Gray was the overall winner of two games, while both Blue and White went 1–1; and Red was 0 for 2.

Previous games awarded the winner with a trophy, but this year the Gray team earned bragging rights.

“This year it’s more for a good time,” Ohler said. “You get to know the people you work with.”

The games included lots of plays worthy of the pros—solid line drive hits caught by attentive players, a player tagged out after sliding into second while another player slides in at home, and crowd-pleasing double plays to close out innings.

“The games were equal parts competition and good-natured fun,” said Howard Stotler, a Leidos Biomed employee on the Blue team. “Everyone seemed to put forth great effort, whether they were seasoned softball competitors or playing the game for the first time,” he explained, adding that he will definitely play next time around.

Joy Beveridge, a Leidos Biomed player on the White team, said she had a blast. “Everyone was in high spirits,” she said, adding that there was lots of laughing and supporting among the players, whether they did well or struck out and made errors. “It was great to hang out with new friends from other programs and work locations.”

“The overall experience was amazingly fun,” agreed Jim Cherry, an NCI employee on the Red team. Julie Hartman,  a fellow NCI employee who played for Blue, added, “It shows that NCI and [Leidos Biomed] employees can work/play together to accomplish a goal.” Both plan on participating in the softball game again.

Leidos Biomed employee Troy Taylor played for the winning team (Gray). “It was a great experience and nice to see old faces as my lab was relocated to the ATRF,” Taylor said. “I really enjoyed interacting with a mix of NCI and [Leidos Biomed] employees.”

Ohler agreed. “The night was a great success,” he added.

Plans are under way for the softball game to become an annual event. 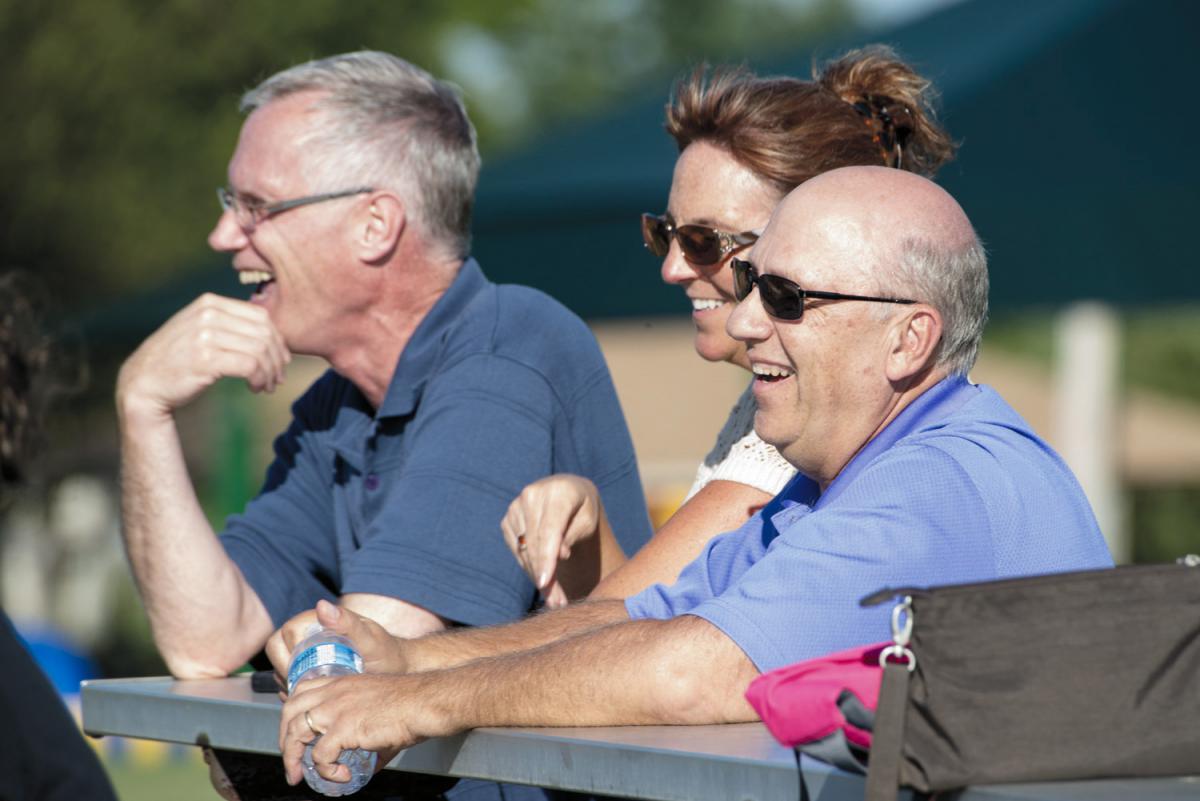 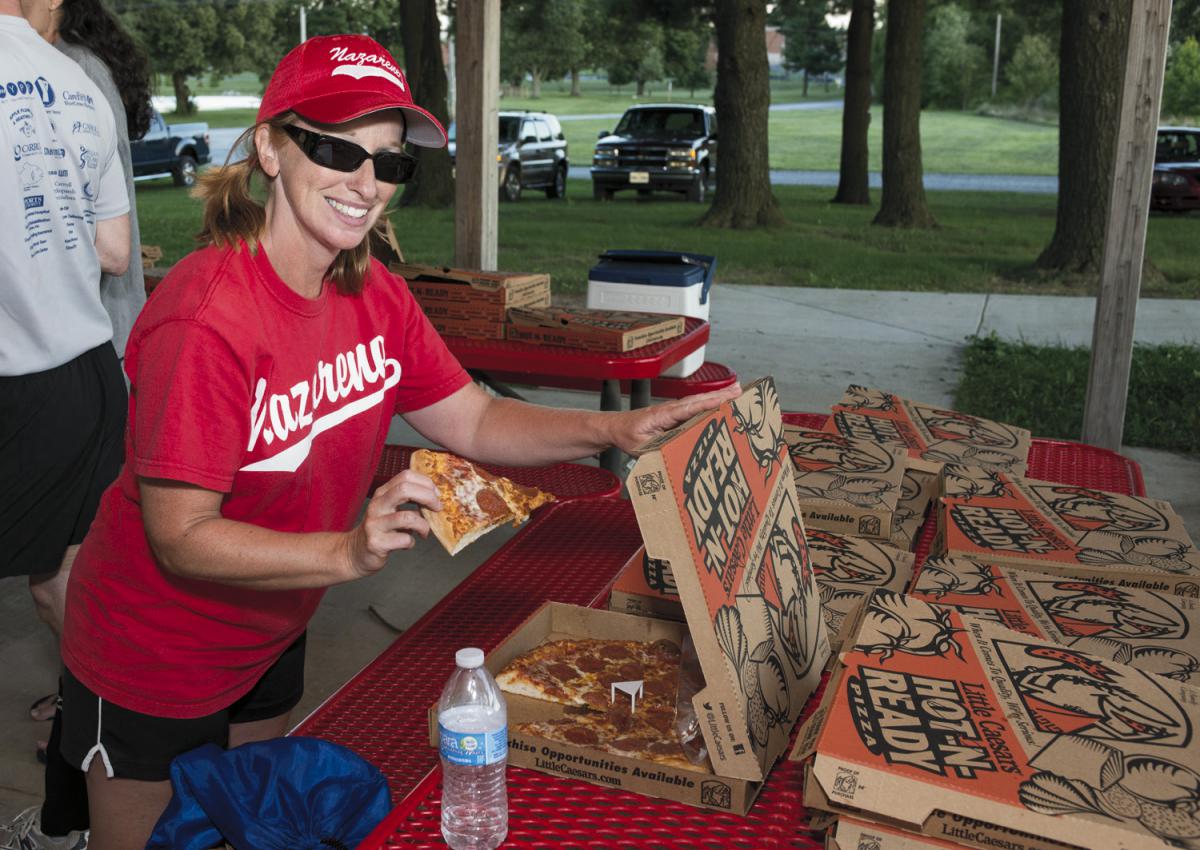 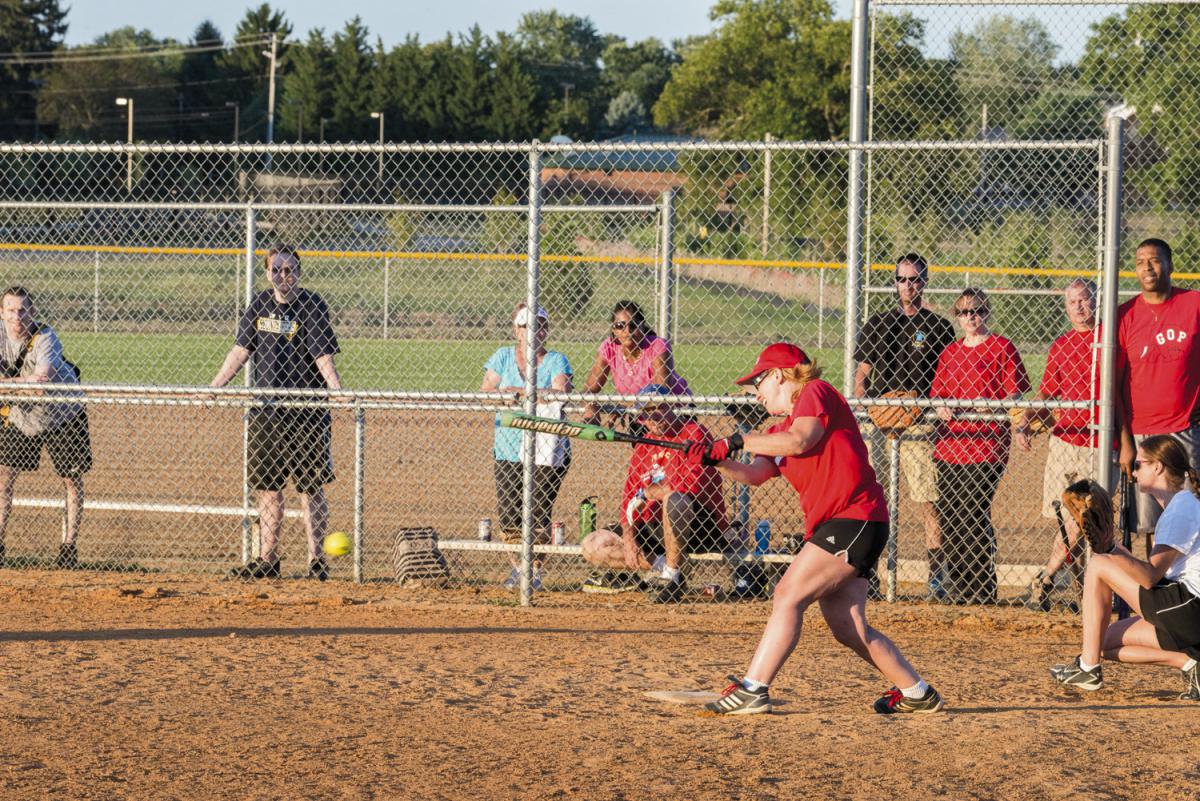 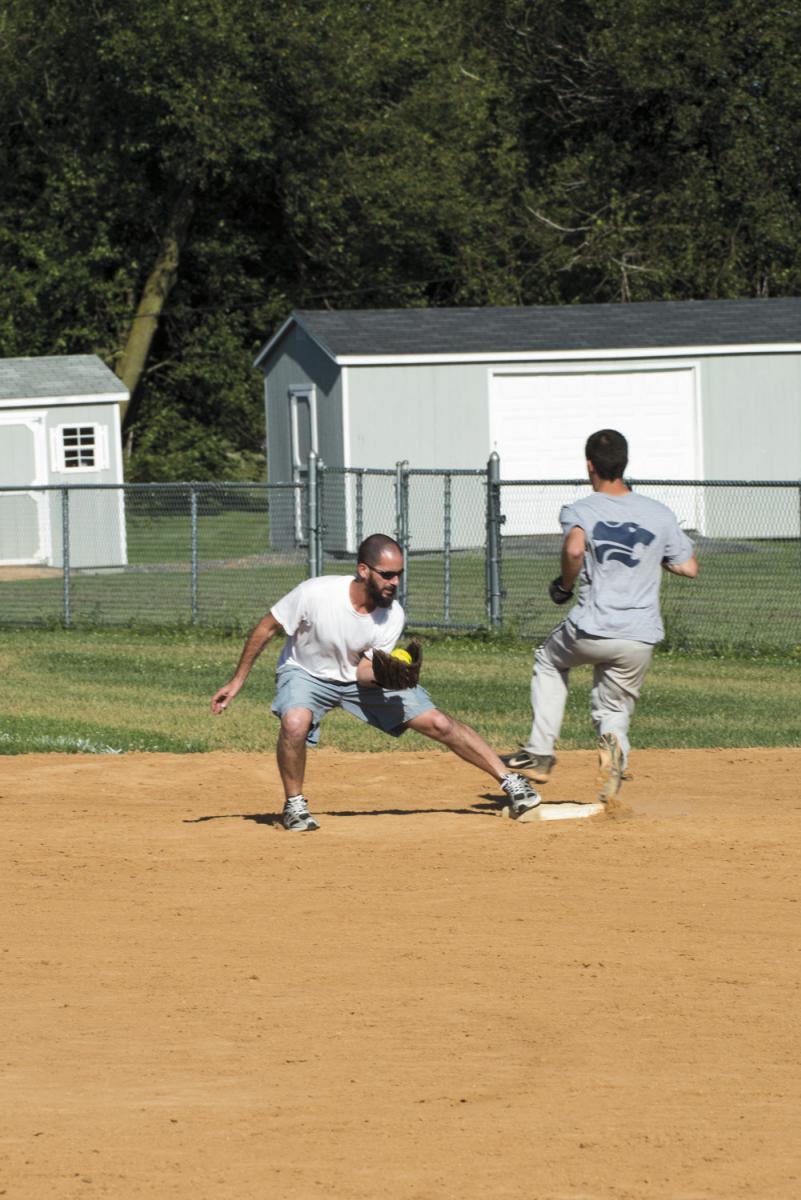