Tucked away among NCI at Frederick’s various buildings, two facilities are quietly under development. In one, engineers are assembling a hulking Titan Krios electron microscope. In the other, equipment is slowly but surely being gathered for eventual installation.

The microscope belongs to the newly minted Center for Structural Biology, formed from a merger of the Macromolecular Crystallography Laboratory and the Structural Biology Laboratory. It is the first of Thermo Fisher Scientific’s latest line of Krios microscopes to be installed outside of one of the company’s factories.

“[It’s] capable of getting genuinely atomic-resolution structures in the best cases,” said Susan Lea, D.Phil., new chief of the center. “It should leave us with a world-leading instrument by the middle of the year.”

The other facility, meanwhile, belongs to the Laboratory of Cancer Immunometabolism, which was established just over a year ago after its predecessor, the Cancer and Inflammation Program, split into two independent sections separately located in Frederick and Bethesda.

The new facilities bring more to Frederick than additional means for good science. They’re tangible evidence of the invigoration of several programs that call the campus home. The Center for Structural Biology and the Laboratory of Cancer Immunometabolism are two such examples. Both are reorganizations that direct science in exciting new directions and make operations more efficient.

Now that the Center for Structural Biology has united many of the Center for Cancer Research structural biologists into one group, Lea expects that they’ll be able to collaborate, help others, and conduct research in ways that were less practical before.

“I think that’s going to be really exciting to see over the next couple of years, just how big and ambitious we can be in terms of what we tackle,” she said.

The Krios will create many opportunities for that (Lea said it will be “especially fun to turn it on and set it loose”), but the center is already making progress on other fronts. Its staff is currently planning a computational methods group and working to hire a senior investigator to lead it. That section will increase the center’s ability to work with new techniques. Beyond that, Lea hopes the unified center can become a source of training for employees who want to learn more about structural biology methods.

“And then who knows what will be developed next?” she said.

The Laboratory of Cancer Immunometabolism is similarly working on expanding its scope. So far, it has hired one tenure-track investigator who is studying biomaterials, and it hopes to hire more scientists. Its new facility, while a longer-term project, will give Frederick a central location for immunometabolism studies once it’s complete.

“The immunology community at the National Institutes of Health is top-notch, easily one of the best immunology communities in the world, so to have a component that might be able to help with that, I think, is great,” McVicar said.

The laboratory’s inclusion of immunometabolism, a new facet added during its establishment, is itself another area of progress. The field is rapidly becoming a topic of interest in cancer research, and McVicar says it has the potential to reveal fundamental aspects of cell biology.

“[Frederick is] going to be a great resource with expanded labs and lots of young, exciting science going on,” McVicar said.

Unfortunately, the pandemic has slowed the programs’ ability to take on new projects and set up new areas, and it has substantially affected the careers of most scientific staff. However, Lea and McVicar say that everyone is doing their best to adapt, lessen the impact, help those affected, and forge ahead. The invigoration continues, delays notwithstanding.

“I really think that the campus is really headed in the right direction,” McVicar said. 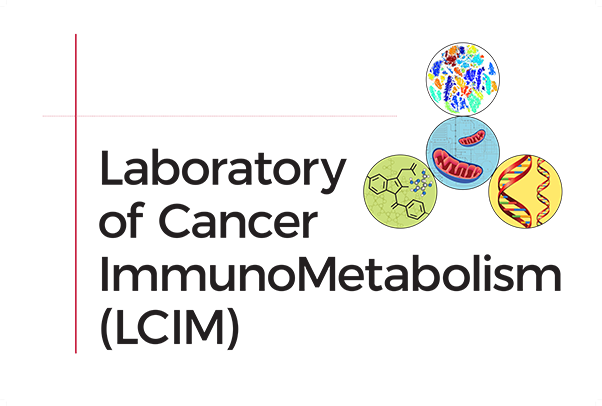