‘A Remarkable Life’: In Memory of Joost Oppenheim

Joost “Joe” Oppenheim, M.D., senior investigator and head of the Cellular Immunology Section in the Cancer Innovation Laboratory (CIL), passed away in May.

He was one of the longest-tenured scientists at NCI at Frederick. Among his many accomplishments, he has been called “the Father of Cytokines” for his pioneering role in establishing the field of cytokine research in immunology.

Those close to him remember his dedicated mentorship, scientific vision, seemingly endless work ethic, and love for his family.

“He had a remarkable life, really,” said Scott Durum, Ph.D., a long-time colleague and fellow senior investigator and section head in CIL.

From Persecution to Prestige

As children, Oppenheim and his brother, Fred, survived the Holocaust. Their parents, a Jewish couple, went into hiding but left them in the care of the Heuvelmans, a Dutch Catholic family, because it was safer. Supported by paperwork forged by a Catholic abbot, Oppenheim and Fred lived under assumed names, hiding in plain sight until the end of the war.

Given the circumstances, they weren’t able to attend school. Oppenheim’s education came instead from a Catholic monk who would visit weekly to teach him reading and writing.

Oppenheim’s parents were discovered and sent to a concentration camp. His father was later moved to Auschwitz, where he perished. His mother survived and made a three-week trek across Europe after the war to reunite with her children.

The family soon moved to the U.S. and started over. Despite initially knowing little English, Oppenheim devoted himself to studying and was able to attend the prestigious Bronx High School of Science. He received an Ivy League education at Columbia University before attending Columbia College of Physicians and Surgeons, where he obtained his medical degree.

A Steadfast Scientist and Mentor

Oppenheim joined the National Institutes of Health in 1962. Two decades later, he moved from Bethesda to the Frederick Cancer Research Facility (a forerunner of NCI at Frederick), where he established the Laboratory of Molecular Immunoregulation. The group focused on studying immune system compounds for cancer treatment. It was among the early efforts of clinical research in immunology.

“When I joined the department in the ’80s, he was really a famous scientist and, probably, Frederick was one of the centers of cytokine research,” Durum said.

As a lab chief in Frederick, Oppenheim hired and trained generations of scientists who later became leading investigators in their fields, including several who stayed at NCI at Frederick. Durum numbers among his former pupils, as do fellow CIL senior investigators and section heads Ji Ming Wang, M.D., Ph.D., and Howard Young, Ph.D.

“He actually saved my research by hiring me and also got me my first postdoc,” said Young, himself a committed scientist-mentor who helped co-found NCI at Frederick’s award-winning Werner H. Kirsten mentoring program.

“Dr. Oppenheim was a scientist of great vision with rich knowledge in immunology, inflammation, and cancer biology. He was extremely hardworking with effective leadership abilities and care for the future of next-generation scientists,” said Wang.

Investing Where It Counts

The importance of cooperation, compassion, and support wasn’t lost on Oppenheim. He and his family often cared for foreign trainees and fellows who moved to the U.S. to work at NCI, inviting them to live in the Oppenheim home until they could find their own housing and get their affairs in order.

Both inside and outside the laboratory, Oppenheim was known for his investment in people—especially his laboratory staff—and for his dry, self-deprecating sense of humor. He caused many smiles at one memorable staff Halloween party by attending dressed as a pirate, for which he “really looked the part,” Young said.

He also invested heavily in science, so much so that his unswerving passion for rigorous research could make him seem gruff, his colleagues said. However, that gruffness belied a devotion to good work and helping others be their best.

“[He often asked] speakers his infamous question, ‘So what?’ Although some thought it rude, it did make one think about the value and purpose of their research,” Young said. “He was always helpful and willing to discuss research at any time with anyone.”

In a 2021 interview with Poster staff, Oppenheim described his drive for the “so what.” He likened biomedical research to a mountain range and scientists to climbers ascending various peaks. While striving for the summits was important, it was equally necessary to him to find passes between them—meaningful connections that better helped cancer patients.

“What probably catalyzed his research was an intuitive sense of either the way things were going to go in science or whether something was going to be eventually proven to be important,” Durum said.

In Oppenheim’s own words, the possibility of finding new, potentially helpful research topics was why he “hadn’t retired yet,” well after many scientists would step away from active research or seek emeritus status.

It was characteristic of a dedicated life begun in hardship; distinguished with diligence; and underpinned with care for those around him, including the patients he hoped his research would help.

“Remember his virtue and continue to fulfill his dream,” Wang said.

Samuel Lopez is a technical editor in Scientific Publications, Graphics & Media (SPGM), where he writes for newsletters, including as managing editor of Poster; informally serves as an institutional historian; and edits scientific manuscripts, corporate documentation, and a slew of other written media. SPGM is the creative services department and hub for editing, illustration, graphic design, formatting, multimedia, and training in these areas. 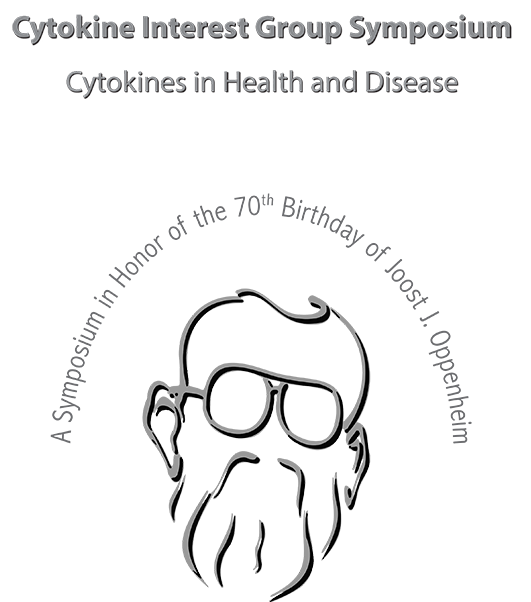