Portrait of a Crystallographer

Alexander Wlodawer, Ph.D., displays a family tree on the wall near his office, but none of his relatives appear among its branches. In fact, with a few exceptions, the people listed on it aren’t genetically related to each other. Instead, it’s the Family Tree of Crystallography, a who-trained-who of famous scientists that extends back to the first crystallographic experiment in 1913.

“This is quite amusing,” Wlodawer says as he describes the connections among the prominent researchers and Nobel laureates.

Wlodawer’s quiet but passionate explanations understate his interest in crystallography, a technique that uses crystals and beams of energy to reveal 3D molecular structures. He is an internationally recognized expert who has spent his 50-year career working in the field, including 32 years as chief of the Macromolecular Crystallography Laboratory at NCI at Frederick.

Members of Wlodawer’s family trees—both his biological one and the one on his wall—share the credit for starting him on this journey. His mother, a biochemist in Poland, inspired his decision, made at four years old, to one day become a scientist.

“She was taking me to the institute where she worked, before I could properly walk,” Wlodawer said. “I always saw that people could ask questions and try to work on answers, and I thought that was neat.”

Years later, David Eisenberg, Ph.D., a living member of the Family Tree of Crystallography, sparked Wlodawer’s interest in crystallography. The two met at University of California, Los Angeles, in the early 1970s, when Wlodawer was a Ph.D. student and Eisenberg was a young professor.

“David taught a course, and that was it. I got completely hooked by him, and I became one of his first graduate students,” Wlodawer said. “I got interested, and [even] today I just love to look at structures and think about what they mean and how proteins work.”

Now, Wlodawer reflects on his career choice and says, “It worked.” It’s another understatement from a scientist who has made major contributions to structural biology, disease research, and scientific standards.

Finding Structure in an Epidemic

Three decades ago, Wlodawer and his laboratory at NCI at Frederick (then the NCI-Frederick Cancer Research and Development Center) helped to prolong and improve countless lives by solving the molecular structure of HIV protease, an important protein on the immunodeficiency virus that had terrorized the public and led to the deaths of tens of thousands of Americans throughout the 1980s. The team’s structure allowed other researchers to develop and optimize protease inhibitors that suppress HIV in people living with the virus.

“That was the first structure of any part of HIV, and that had quite a lot of direct influence on what has happened in the field,” Wlodawer said.

But the project proved controversial in some scientific circles because it challenged another laboratory’s claim that it had solved the structure.

Months earlier, Wlodawer and his team had published the structure of protease in RSV, a virus that belongs to the same family of pathogens as HIV. When the other laboratory published its HIV protease structure soon thereafter, Wlodawer’s team compared it with RSV protease. They immediately noticed a problem: although the structures were from different viruses, critical portions should have been similar because of the pathogens’ close relation—but they weren’t.

One of the structures was wrong, and nobody knew which. If it was the HIV protease, researchers who used it to develop medicines were wasting precious time and money.

“For a few months, there was quite a lot of disagreement at meetings and such,” Wlodawer said.

He and his team solved the structure of HIV protease to put the matter to rest. Their findings agreed with critical portions of the RSV protease, showing that the other lab’s structure was flawed.

Wlodawer realized that he could collaborate with other crystallographers to set and improve standards for publishing structures. He and his colleagues later championed requirements that crystallographic data be deposited in publicly accessible databases and released using a standardized format.

“At one time, that was a revolutionary idea, but now it’s completely normal, a no-brainer,” he said.

He also took up forensic crystallography—the practice of evaluating published structures for correctness, with the goal of fixing mistakes so future research doesn’t use flawed data. It became a significant component of his career, and now, he’s something of a “molecular proofreader” with a reputation for high standards.

Wlodawer strives to handle those tasks with respect. When he discovers a flawed structure, he contacts the original researchers and offers them a chance to collaborate on a project to fix it. He uses humor to ease tensions, and he’s quick to admit his own mistakes. Similarly, he and his team often prefer to take a tongue-in-cheek approach when commenting on crystallographic standards.

However, when those tactics fail, Wlodawer doesn’t shy away from the consequences.

“I have never avoided being controversial. Some people didn’t like being pushed to, let’s say, release the [structures’] coordinates or to correct their structures or so on. But, you know, you get to a certain stage and you no longer really care whether you’re controversial or not,” he chuckled. “And we felt that it was really worthwhile doing it.”

On the World Stage

Wlodawer’s efforts have earned the appreciation of many peers. In 2007, he was asked to chair the scientific advisory board for the Institute of Organic Chemistry and Biochemistry in Prague. He still holds the position and now takes pleasure in seeing how the board has improved the institute.

In 2015, the Foundation for Polish Science and the American Association for the Advancement of Science made him and a longtime collaborator, Mariusz Jaskólski, Ph.D., the first-ever recipients of the Polish–American Scientific Collaboration Award. To celebrate Wlodawer’s seventieth birthday in 2016, the Polish scientific journal Advances in Biochemistry devoted an entire issue to him, with articles written by his colleagues, former pupils, and mentors.

Throughout his career, Wlodawer has encountered significant challenges—it once took him 18 years to solve the structure of one difficult-to-study protein. But he has faced them with a self-described stubbornness and refusal to give up because, though he specializes in studying diminutive molecules, he tries to see the bigger picture. Structures solved with crystallography provide a crucial foundation for later stages of research, including drug discovery.

Wlodawer says that makes his work worthwhile, which is why, even after five decades of rigorous scientific effort, he isn’t ready to stop.

“If things can lead maybe not us but others to do something useful, that’s always very pleasant,” he said. “And that’s what I’m trying to accomplish.” 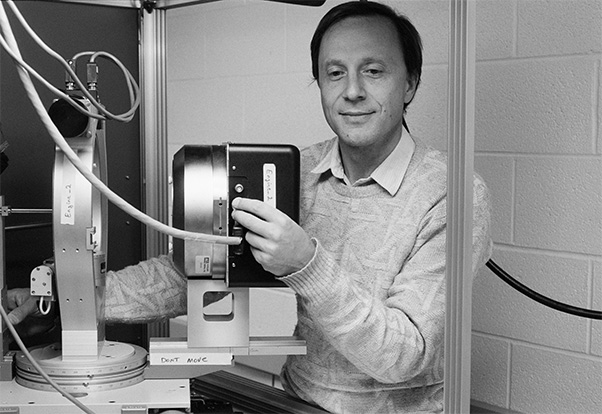 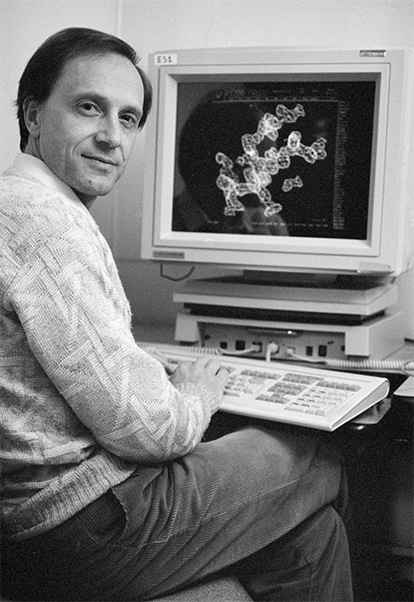 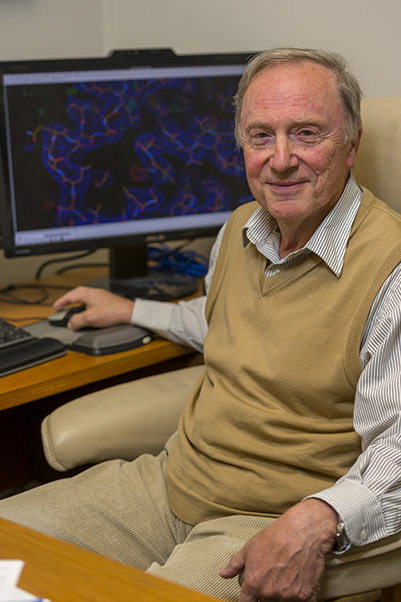