A Helping Hand in the Frederick Community—Ross Smith

By day, Ross Smith is the compliance and security officer for Data Management Services, Inc., assigned to the National Cancer Institute (NCI) at Frederick. His role is to ensure the secure operation of in-house computer systems, servers, and network connections.

But in his spare time, Smith is also a volunteer firefighter and emergency medical technician (EMT).

Smith works for the Guardian Hose Company, Frederick County Station 10, in Thurmont, Maryland as well as the Thurmont Community Ambulance Station 30. As he explained, “My father-in-law volunteered for both Thurmont stations and had recently retired as Assistant Chief for [the] Fort Detrick Fire Department. He was my inspiration to give back to the community.”

And Smith has been doing just that for nearly 30 years.

Of course, it’s not always easy. He sacrifices a lot of time that could be spent with his family or on his career at NCI, and there’s an emotional toll that comes with being a first responder. But the help of his fellow firefighters, plus the support of his friends and family, gets him through the difficult times. Emergency calls are the hardest, but Smith says, “Knowing my comrade firefighters would save my back during a call is very gratifying.”

With roughly 30 years of experience, Smith has plenty of stories. In January 2016, during Winter Storm Jonas, Smith and his colleagues were called to treat a small boy with a respiratory illness. They attempted to treat him on the scene, but the boy’s condition declined. Back at the station, EMTs decided that he needed to be taken to the hospital—and fast.

Smith was chosen for the treacherous job of driving through three feet of snow. He drove towards the hospital in a firetruck with chains on the wheels, but the snow banks proved to be too much. A smaller, nimbler truck then delivered the boy successfully.

Another story reveals the unpredictability of fire—and explains how Smith came to owe his life to his comrades. He had to enter a burning home through a hole in the roof, but in the smoky, hot attic, his oxygen tank got caught on a television cable. Seeing light from the hole in the roof, Smith threw his helmet through the hole to signal to his team, who got him out in time.

Smith also found that duty sometimes sought him. One night, he was woken by a loud crash outside his home. He ran outside to find a car had hit a tree at a dangerous speed. Smith was alone, so he first contacted his colleagues. Then, he went to aid the crash victims. The passenger had stopped breathing, and Smith had to resuscitate him.

In the end, both victims were taken to Baltimore for treatment and ultimately lived.

Of his experiences, Smith said, “It isn’t always easy to make time for community service, but I enjoy volunteering and knowing that it has made a difference in the community.”

In addition to saving lives and making his community better, Smith has helped make his work environment safer, too. He helped get automated external defibrillators (AED) installed in buildings on the NCI at Frederick campus, which are used to help those whose hearts have stopped beating.

Lori Coren has known Smith for many years—her uncle is the same father-in-law who first inspired Smith. She sums Smith up best: “He’s usually the first one there to help. He doesn’t hesitate to help if he sees a need. And it’s not just his character at work, it’s who he is. Ross is compassionate about his community. It matters not if it’s his home community, his work community, or even his temporary community.” 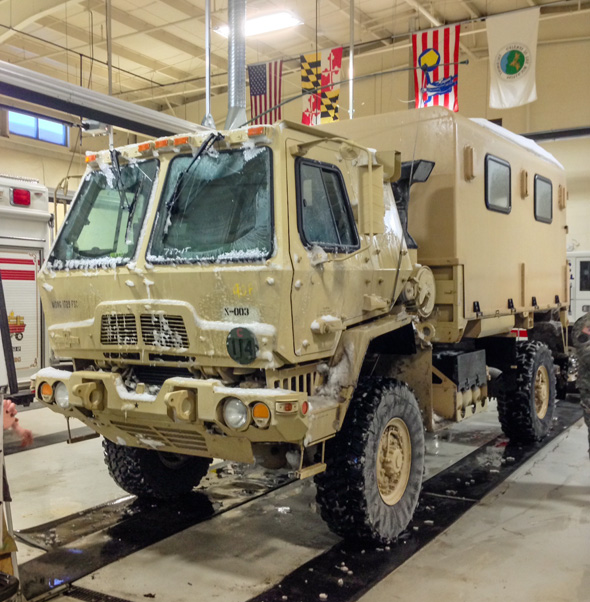